Thor: NOT God of war (and not a Hemsworth) 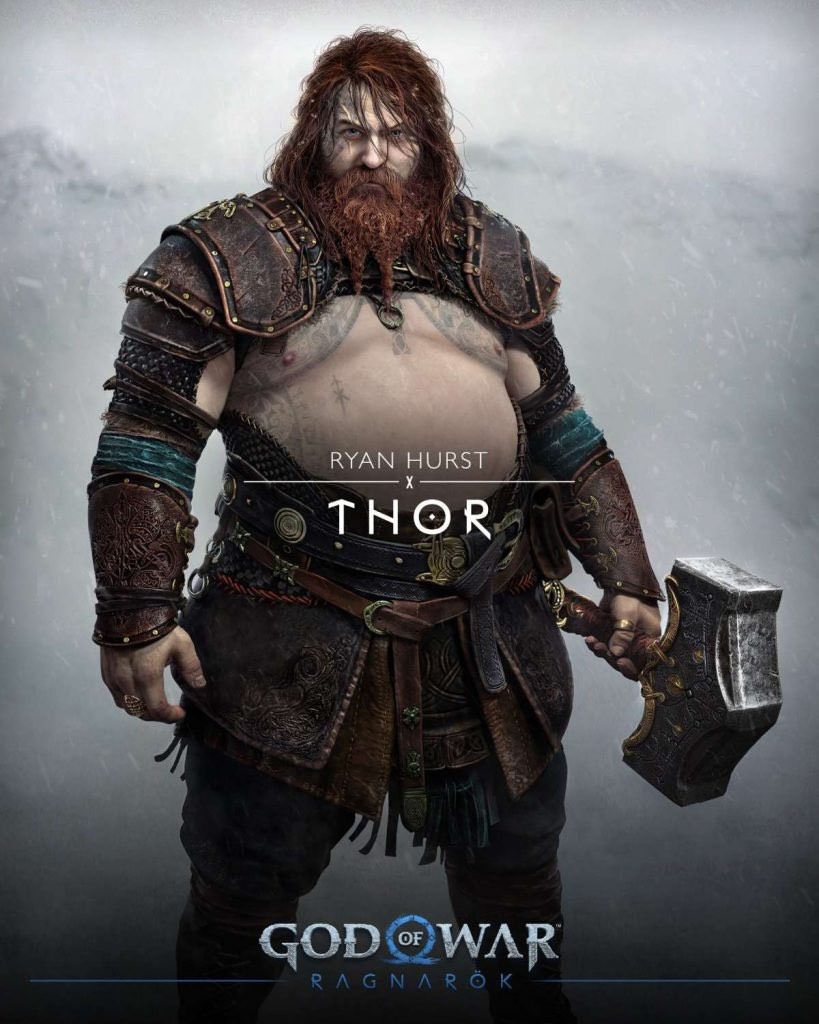 I wanna talk about why “Fat Thor is good™️ because ‘Look at these pictures of Strongmen’” misses something important – that treating Thor as a War(rior) God is playing right into Nordic White Suppremacist Theologies – Because Thor isn’t a War God. He’s a Fertiliy God. pic.twitter.com/Q0x89hTcCa

I respectfully disagree with parts of the thread (not just the original tweet above).

There are at least three heathen Gods and Goddesses associated with war.

Odin, of course, is the general von Klinkerhoffen of all wars and warriors. (Coincidentally, if you see someone declare themselves as “Odinist” don’t be surprised if racism, homophobia, and other symptoms of inbreeding follow.) He is also a God of poetry, wisdom, the Wanderer, the Seeker, a liar, a joker, and practices unmanly seiðr, which the 13-year-old wearers of “Odin Velhala” t-shirts tend not to mention.

I’m not going to go deep into the subject, because the number of articles about Odin and Valhalla is staggering – this one’s good. While I’d avoid reducing someone as complex as Odin to “God of war,” it is one of his better known roles.

Freya, mostly known as the Goddess of love and expensive jewellery, is also a Goddess of war/battle. For her hall, Folkvangr, she chooses half of those slain in battle (I am not sure how she negotiates that with Odin). As for why she does that, beats me – Völuspa, the story about the end of everything, does not mention her army joining either that of Odin or Loki during Ragnarök. Nevertheless, war/battle is one of her many aspects.

Týr sacrifices his hand when Odin breaks a holy oath made to the wolf Fenrir, which has been interpreted as an act of a stoic, brave warrior (the way I see it is different, but this blog post is long enough). Týr’s rune, tiwaz, used to be engraved on weapons, as calling upon him in battle improved chances of victory. The Prose Edda says it straight – or rather Odin does – “Týr is the boldest and most courageous, and has power over victory in battle.” For many communities, as a chief deity, Týr took the role of a war God out of necessity. Because in order to survive the people needed a warrior, Týr, and someone to take care of their crops.

That someone was Thor.

Thor as a fighter

A lot of Thor’s more violent adventures are caused by Loki’s shenanigans. In the first myths (first, as in “chronologically” ordered, from creation to apocalypse), Loki becomes Thor’s best friend. As Loki progressively becomes more and more irritating, then dangerous, Thor remains the only deity who can intimidate him. Even during Lokasenna, the myth in which Loki insults every God in sight, he has nothing to say to Thor apart from recalling their share adventures, followed by “oh shit, I left the kettle on, I must be going byeeeee” once Thor gets suitably pissed off. There’s an extra important bit in Lokasenna: Loki kills a servant – Thor doesn’t harm anybody except a few crystal cups.

One of the reasons why Thor was so beloved by the common folk was that he has never demanded human sacrifice. Because he is not a God of war. Thor doesn’t need to gather an army of the dead, or the alive. He’s got his hammer and isn’t afraid to use it – when he has to. If there is a myth in which Thor gathers an army, even a very small one, I haven’t read it. He battles monsters (I suppose jötnar/”ice giants” fall into this category) and can be called for protection, both of people and their dwellings. He has been referred to as “Father Thor” since the earliest times, and makes for a great father figure – the dedication I put in front of Children is a bit of an apology for how I described him in the book.

(A disclaimer: both Landnámabók and Eyrbyggjasaga mention being “sentenced to sacrifice” for Thor, but not as the God’s demand – it is a form of death penalty.)

What the neo-näzis like so much about Thor is the homoerotic imagery. Odin’s not very hot or buff. Freya, even though she is a Goddess of war, doesn’t have any particularly violent myths attached to her. (Inbreds mostly go with “tits.”) Thor, however, is big, strong, battles the Midgard serpent, and the jötnar – mistranslated as “ice giants” so long ago that the phrase stuck even in the mythology. Speaking of phrasing and myths, I must respectfully disagree with the author of the thread again here:

And most of the stories we have from Norse Mythology aren’t comprehensive firsthand accounts – they’re a Christian writing filtered versions of the myths for political reasons. He sculpted our vision of the gods.

So we should do the same.

There are no comprehensive firsthand accounts. Or even non-comprehensive. All that we have has been written by xtians centuries after those stories were told by the believers for the last time. By the time Snorri got to work on his Prose Edda and Poetic Edda, the lore became fairytales. So did the rituals. I don’t believe that Snorri, who knew what happens when you get too excited about the possibility of the xtian God not being the only true one, did not slightly adapt the myths here and there to fit his agenda. Like everyone else, including Jackson Eflin, the author of the thread.

Kevin Crossley-Holland’s wonderful Penguin Book of Norse Myths does a very good job at pointing out the differences between various xtian “retellings” of the myths. Everyone who busies themselves with heathenry is bound to have an agenda of some sort, so do I, obviously. So does Crossley-Holland, but he freely admits it and explains why he has made particular choices where multiple versions existed.

Back to Thor’s abs, though.

There is no way Thor could be ripped. First, he doesn’t do cardio and has no access to bodybuilding supplements. Second, the only thing he likes more than drinking beer is eating. While I’d say that the promotional image from God of War: Ragnarök (the one in the beginning of this post) is perhaps somewhat exaggerated, it’s more realistic than… I’d paste one of the 50000 homoerotic illustrations with “pro-white” quotes, but you know what I mean.

Thor has the actual strongman-build, not a bodybuilder. I think it’s the ripped Chris Hemsworth look that Jackson Eflin means when talking about “pictures of Strongmen.” I wouldn’t volunteer to measure Thor’s waist, but the “fat Thor” illustration in the beginning is definitely closer to reality than Viking metal album covers. (Or Chris Hemsworth.) He’s not an Instagram model. He’s simply really, really strong and eats an entire ox for a snack. 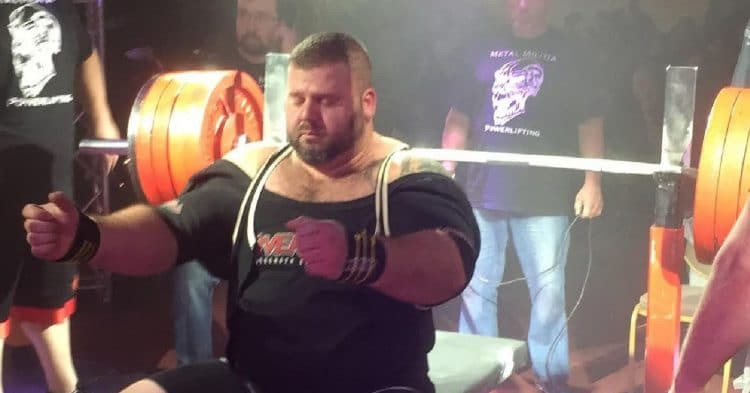 The inbreds are less interested in Thor himself and more in his hammer, Mjölnir. I am not sure what thinking process led from Odin being a neo-näzi to Thor’s Hammer pendants (just carry a spear, y’alls, or buy a cat, Freya will approve).

Mjölnir’s primary function is not hitting the Midgard serpent on the easily reachable body parts. It’s hallowing – marriages, but not only. Even in Þrymskviða, that one with the crossdressing, the whole point of the hairy-bride-charade is for Thor to recover his hammer when it is laid in his lap. Remaining runic inscriptions often say “Thor, hallow these runes” or “Thor, hallow this memorial-marker.”) Odin is rarely chosen as the hallower of the runes – possibly because Thor is predictable (in a good way) and Odin isn’t. The sign of the hammer is used to hallow food, drink, offerings, etc.

The Mjölnir pendants became more popular in the later Viking Age, possibly as an answer to the cross pendants worn by xtians.

PS. What in the Nine is this duckery?

A Canadian friend of mine told me that when she first got introduced to Thor, as a child, she saw him as a God of war. Then she googled the phrase. The first result was… the National Museum of Denmark.

Thor was the most popular of all the gods. He was a god of war and fertility. He created thunder and lightning as he rode over the clouds in a chariot drawn by goats, swinging his hammer Mjöllnir. Thor was physically strong and with his weapon Mjöllnir could do battle with the evil giants who lived in Jötunheimar.

Thor was worshipped by most Vikings – he was the god of the people. He was comprehensible and could be trusted, in contrast to his father Odin, who could be completely unpredictable. Therefore Thor’s role was also to uphold law and order.

The way Thor sees law is as something that applies when he decides it should. The only type of order I associate with him takes place at a tavern. (Repeatedly.) Those two paragraphs from a museum’s website managed to combine Thor with Týr.

I did not use information from that museum in the post above.

With thanks to Fjorn’s Hall.