Today I am delighted to host Lyra Wolf, the author of Truth and Other Lies, The Order of Chaos, and That Good Mischief – books, in which Loki… you tell’em, Lyra! 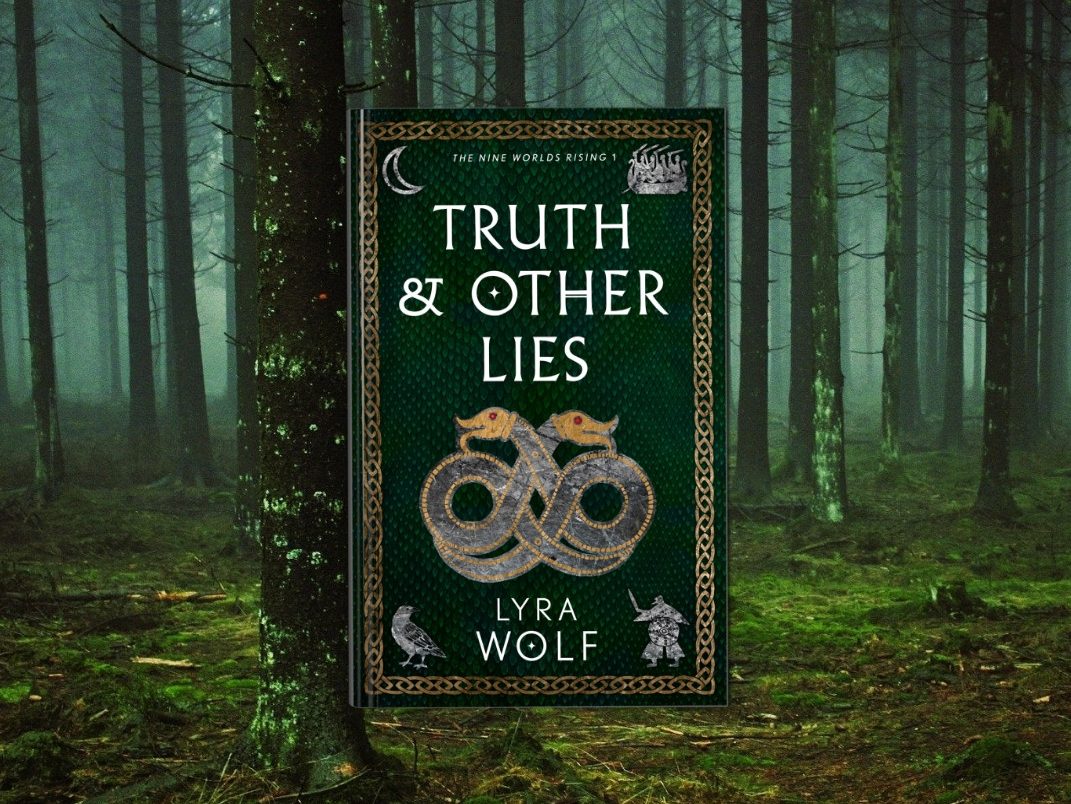 I’ve always been fascinated by the concept of ‘opposites attract,’ and I think you would be hard pressed to find a more opposite couple than Loki and Sigyn. When I started writing my The Nine Worlds Rising series, I knew from the beginning that their relationship was one I wanted to explore, and I cracked open as many books and articles on Norse lore as I could get my hands on.

What I found was that no one really knows who they are as a couple, what their function is, or why they got paired together at all. To make matters even more tricky, we know even less about Sigyn, other than she is very good at holding bowls over people’s heads for long periods of time.

Fantastic for me. Super awesome.

How was I supposed to write a series about a relationship that seemed to hold a lot of weight and power behind it, when all that remains of the lore is essentially a slice of Swiss cheese?

When you look at the other gods in Norse mythology, you notice that each has a ‘thing,’ although not in the Hellenistic sense of being ‘a god of *blank*,’ but still…there is something ‘elemental’ about the gods and what they are associated with.

Let’s look at Loki first, and not just because he demands it. Loki’s ‘things’ are mischief, trickery, chaos, and the ability to dole out epic burns in verse at dinner parties. He is a god of change, the literal saying that is “when one door closes another opens.” Loki allows us to achieve a higher understanding of ourselves.

As for Sigyn, all we really know is that she is the Goddess of Fidelity, and her name means “Victorious Girlfriend.” But what is fidelity? Fidelity is an enveloping force of goodness and constancy. An unconditional love that doesn’t seek to maim or burn. Fidelity is a rather stark contrast to Loki’s chaotic…well…everything, and again, WHY would these two seemingly opposite forces join together?

One day, while I was contemplating this Loki/Sigyn conundrum, it made me think somehow of characteristics of the periodic table, and the answer hit me.

There are metallic and non-metallic elements, and if we take Sodium (Na) and Chlorine (Cl) as an example, when you put these two elements from opposite sides of the periodic table together, what do you get? You get sodium chloride, or life-sustaining element (NaCl), or better known as table salt.

What I saw was, Sodium and Chlorine were two very opposite elements, much like Loki and Sigyn, but when joined together…

Loki and Sigyn form a union that sustains life.

They are table salt.

You need to have the fidelity with the chaos. Chaos is, well, chaotic, and fidelity helps keep that chaos in check in a different way than ‘order,’ which is a bit of a party pooper and only seeks to snuff such unruliness out completely. Fidelity allows chaos to do what needs to happen, but in a controlled way, like a controlled burn of a forest. You need the fire to do the cleansing, but you can’t let it go wild and become destructive.

Fidelity helps hold the universe together.

There is a true beauty to be found between Loki and Sigyn, and their divine elements in our world. Fidelity keeps chaos in check, while still allowing it to be chaos. Just as with the periodic table, some elements will react with one another and create a functional world, just as salt (NaCl) is a life sustaining compound—a building block of life.

I know it may seem rather curious that my inspiration for Loki and Sigyn’s relationship came from the periodic table (I know, super romantic). However, viewing and examining them through this lens has helped me understand the bond they share, a bond that I hope others find equally interesting and compelling. 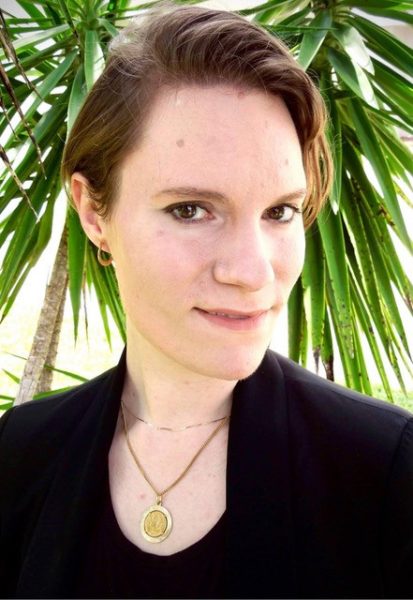 Lyra Wolf is a Swiss-American author of fantasy and mythic fiction. Raised in Indiana, home to a billion corn mazes, she now lives in Central Florida, home to a billion mosquitoes. She enjoys drinking espresso, wandering through old city streets, and being tragically drawn to 18th century rogues. When Lyra isn’t fulfilling the wishes of her overly demanding Chihuahua, you can find her writing about other worlds and the complicated people who live there. Lyra has earned a B.A. in History and M.A. in English.

Previous Thor: NOT God of war (and not a Hemsworth)Next Guest post: Norse Influences by Tim Hardie