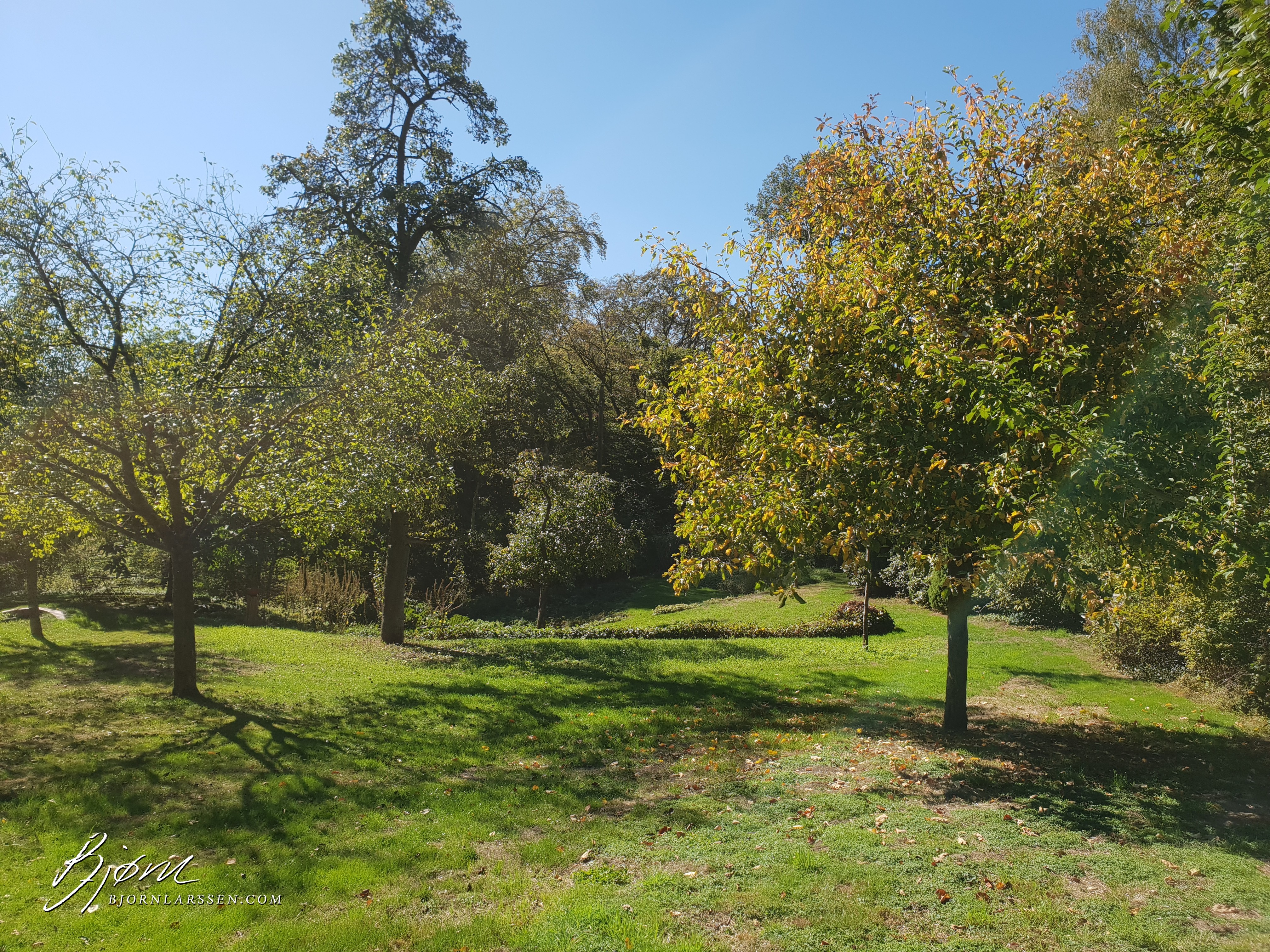 I just returned from my retreat to Germany, but I wish I didn’t have to. I’ve been here a few times before, but every time I discover something new, and this trip wasn’t an exception.

The place was never completely silent. Not just because of insects buzzing or wood cracking in the fire. For the first time, I noticed some sort of constant white noise somewhere in the background. Sea, a thought flashed in my mind. But there was no sea nearby as far as I knew. Wind? And then I went for a long walk, choosing a different direction than I have before, only to discover it was…a motorway.

The whole place is located in a nature reserve, so I was quite taken aback. In fact, I almost felt personally offended. You can’t place motorways in my private paradise! And then, as one of my friends phrased it, I realised that my glass wasn’t only half-full instead of half-empty. It was completely filled. The motorway’s soothing, constant noise…calmed me down. The thing was located just near enough to be convenient and just far enough for me to not really know it was there.

No pictures of the motorway, because I am almost certain you know what motorways look like.

Alone, but not lonely 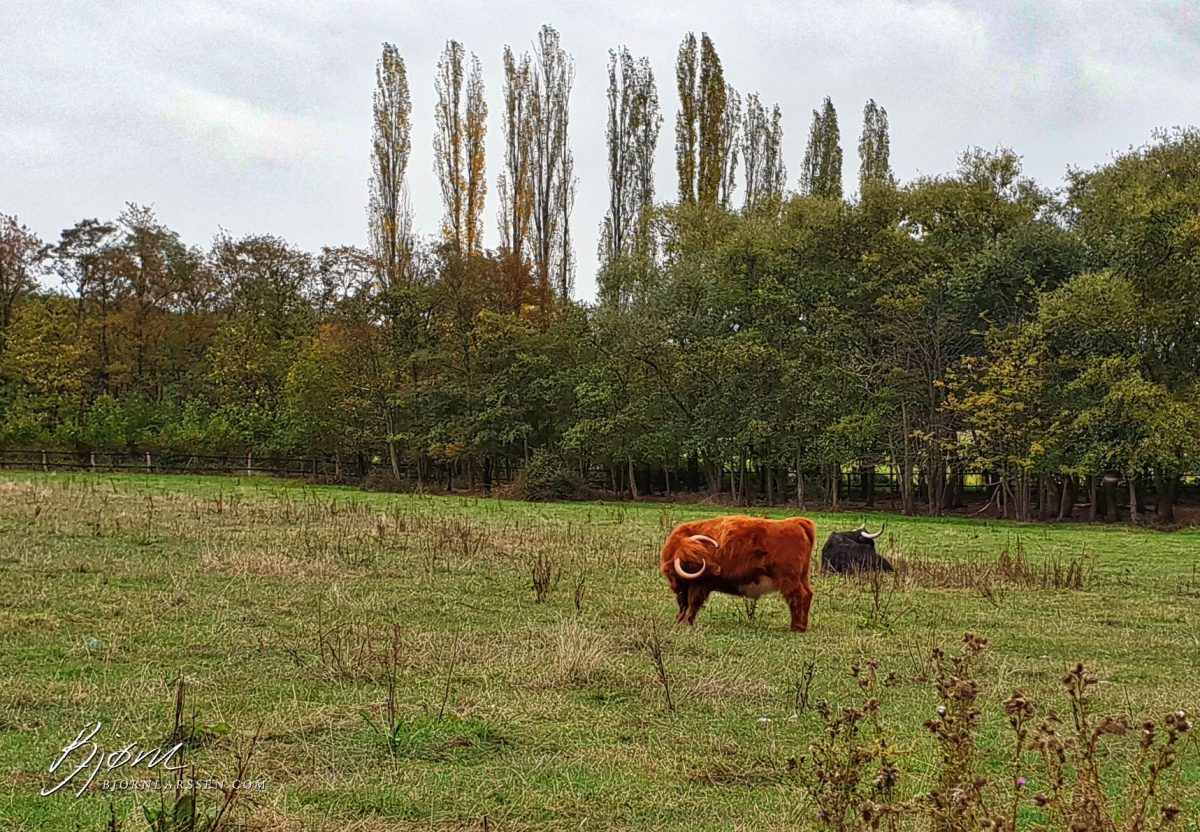 I walked on. I saw cows and bulls. Horses. Dogs. More horses. In fact, during my entire stay, I’ve seen more horses than people. It’s been a long time since I felt so upset by my back injuries because there is nothing I would have loved to do more than to ride on horseback again. That desire became stronger even than my dream of returning to forging, and it also brought a realisation: I now prefer animals to people. Our apartment in Amsterdam is located on top of a bar, and our neighbours regularly arrange shouting matches, sometimes in the middle of the night. The nearest park is ten minutes away by bike. The Fairytale Garden in the middle of not-so-much-nowhere gives me everything I could possibly need. 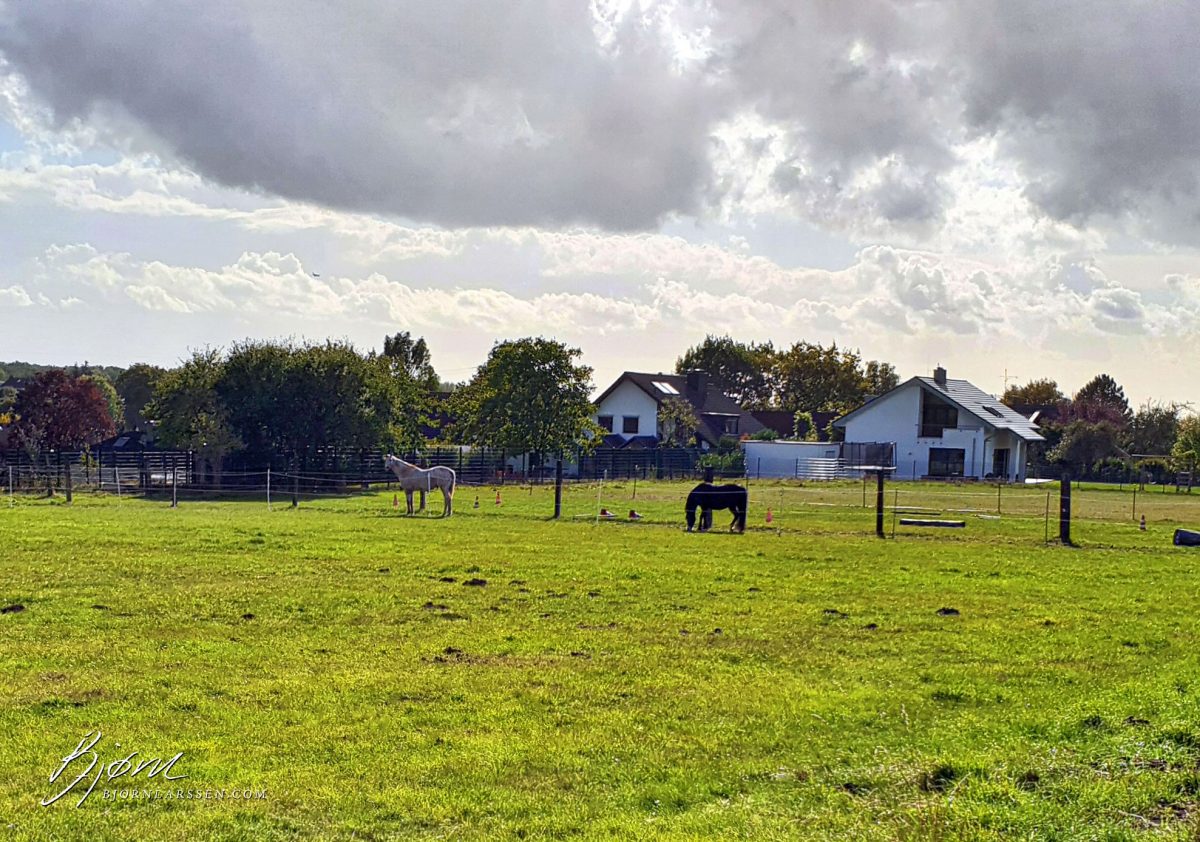 I found myself envious again when one of my friends was mowing the lawn. You see, this particular nature boy loves power tools and getting dirty. But on my way here, as I was placing my bag on the shelf in the train, the bag slipped and pulled me down. This caused me to use painkillers for the first time in months and made it very clear that I wouldn’t be going back to the forge anytime soon (except to visit Casper The Friendly Smith). It also reminded me I wouldn’t actually be able to work on this garden to make it half as perfect as my friends have within the last TWENTY years. Yet…my glass remained 3/4 full. I have limitations, true. But I am also extremely privileged to have the friends I do – generous, kind, understanding, and willing to allow me to stay here. They do all the work around the garden. What I did was writing and editing. On the plus side, it went swimmingly.

What is this Internet thing you speak of?

My Internet connection here was nearly non-existent. Facebook Messenger ate so much of my data I had to simply switch it off. It was a part of the reason for the whole trip – disconnecting from the Internet. In the first day or two, I had proper withdrawals. How can I possibly go on without being on Twitter all the time?! What if someone is wrong on the Internet and I am not there to let them know? But as hours passed, I remembered why I was here. I told my friends I won’t be around for a bit, then started to write. I went on long walks. I hugged trees. (Yes. Feel free to roll your eyes. I would have rolled mine five years ago.) I touched plants and spoke to them. I both admired and somewhat feared the bulls. I sat by the fire listening to the rain hitting the roof, and I sat outside enjoying the sunshine.

Possibly the most exciting moment of my entire stay happened when I was trying to fall asleep one night. I slept wonderfully here, by the way. In Amsterdam I require a blackout curtain around the bed, earplugs to drown out the music from the bar, prescription sleeping aid, special pillow of just the right height, the correct temperature in the bedroom… Here all I needed was to go to bed. I couldn’t stop using my sleeping meds since it would be dangerous, but I lowered the dosage by 20 per cent, worriedly waiting for anxiety and insomnia to strike. It didn’t happen. Every night I went to bed happy and fulfilled and drifted away into sleep listening to the rain, wind in the trees, and the smooth noise of the motorway. But one night I heard a sound that woke me up.

I couldn’t sleep for a good half an hour after that. It really drove the point home. The contrast between drunken men shouting outside a bar and an owl’s voice couldn’t have been more striking. I have never seen nor heard an owl in Amsterdam. At this point, I began to wonder if I could somehow move into the cabin permanently, import my husband over, and do so in a way that my friends wouldn’t notice.

In the morning I realised I have achieved an ultimate success. The days are warm or warm-ish still, but the nights are cold. Yet through trial and error, I managed to build a fire in the woodburner that went on the whole night. When I woke up I was greeted by pleasant warmth and flames that survived nine hours chewing on one thick log. To most people, this might not seem to be the biggest achievement ever (especially for people who have underfloor heating). For me, it was incredible.

A friend of mine coined the phrase “Making memories”, which I used as a title for our photo book from Iceland. I made wonderful memories through this week. I finished the second first draft of my second novel. I did developmental editing on someone else’s novel as well. I greedily swallowed the delicious, pollution-free air. I watched the stars at night, amazed by how bright they were without light pollution. But perhaps most importantly I got a confirmation that I was right when trying to figure out what triggered my depression and anxiety. There was no anxiety here. In fact, when I went on my walks, I met a few people, some walking their dogs, some riding horses (lucky bastards! the people, not the horses) and I was pleased to exchange pleasantries.

I finally discovered the real me. I am, apparently, a hermit who would love nothing more than to have a dog and a horse as the only company…okay, and a husband, I am not volunteering to give up the best husband ever for the most wonderful exile. Gunnar, the protagonist of Storytellers, is a hermit blacksmith who loves his horse and his dog more than anything else. My brother once asked if I was Gunnar. Since Gunnar happens to be nearing death from liver failure caused by excessive drinking, I was rather flabbergasted by this question. It transpires my brother was closer to the truth than I realised, even though I’m a tee-totaller. 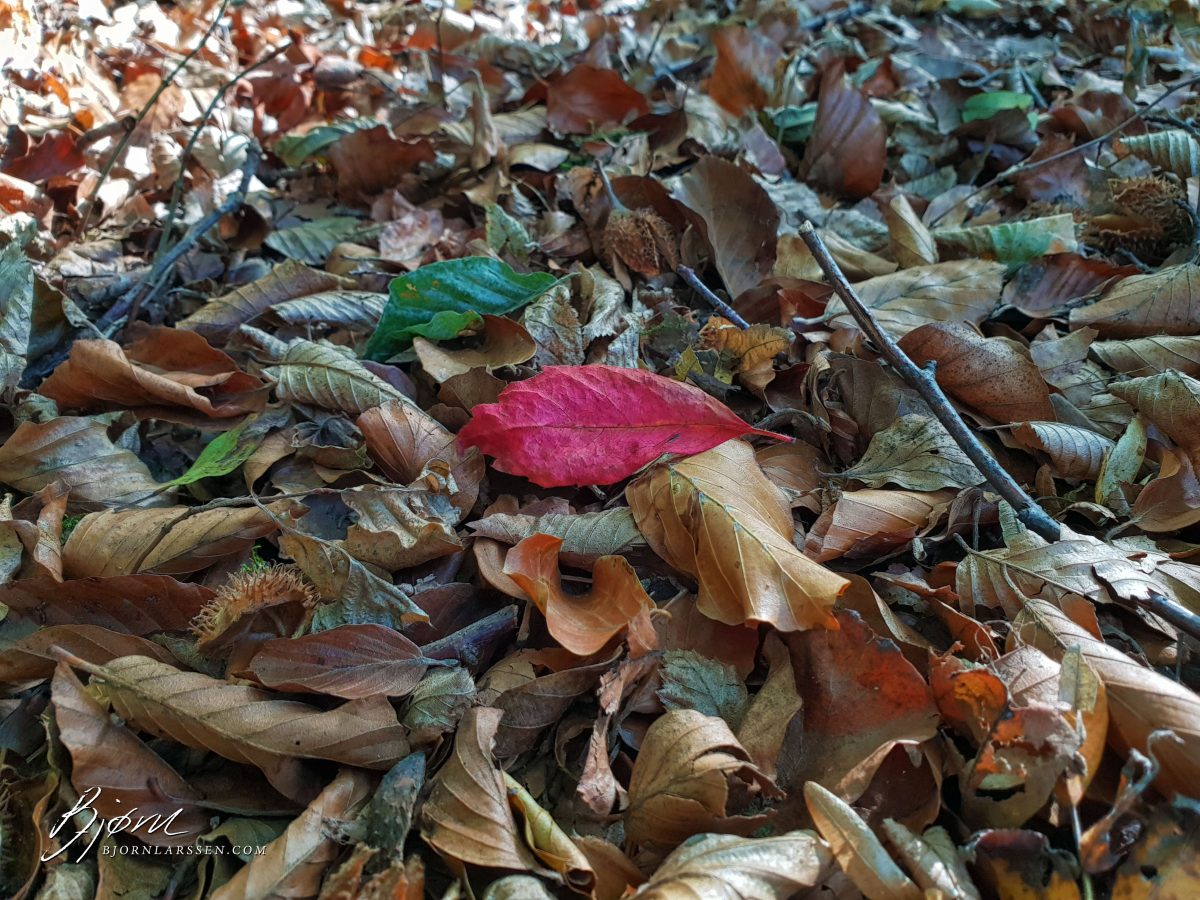 On my last night here, I decided to do something that wouldn’t be possible anytime soon. I had dinner with my friends. I felt happy, grateful, calm. But there was something more I needed to do.

I waited until near midnight, put on all my leathers, took a blanket along, and went to lie down in a field, watch the stars, and talk with the Gods. The details are going to remain mine, but it was an experience I won’t forget for a long time. I felt so safe and the silence (as the motorway wasn’t getting too much action at midnight) was so complete I nearly fell asleep. In a way, I wish I have, despite realising I’d be all sorts of sore in the morning.

Different night, same stars. It’s been 20 years since I last did something like this, and that time police found us (I was with a friend) and stopped, because they thought they found two dead bodies. They seemed disappointed to see us alive. It was a small town. Sorry, officers.

Before leaving, I said goodbye to the trees and bushes. I promised them I would be back. They didn’t say much in return, but I’m sure they were pleased to hear that, except for the trees that will get chopped so I can, er, burn them.

The plan is ready

I never felt impressed by money. But all of a sudden I realised I need to become rich enough to live as a poor person whose only luxuries would be a bathroom with hot water, a fridge, a dishwasher, and firewood. My book isn’t out yet, not to mention actually being finished, but please buy it. Help me become a poor farmer (with a Macbook) living in the middle of nowhere…near a motorway. 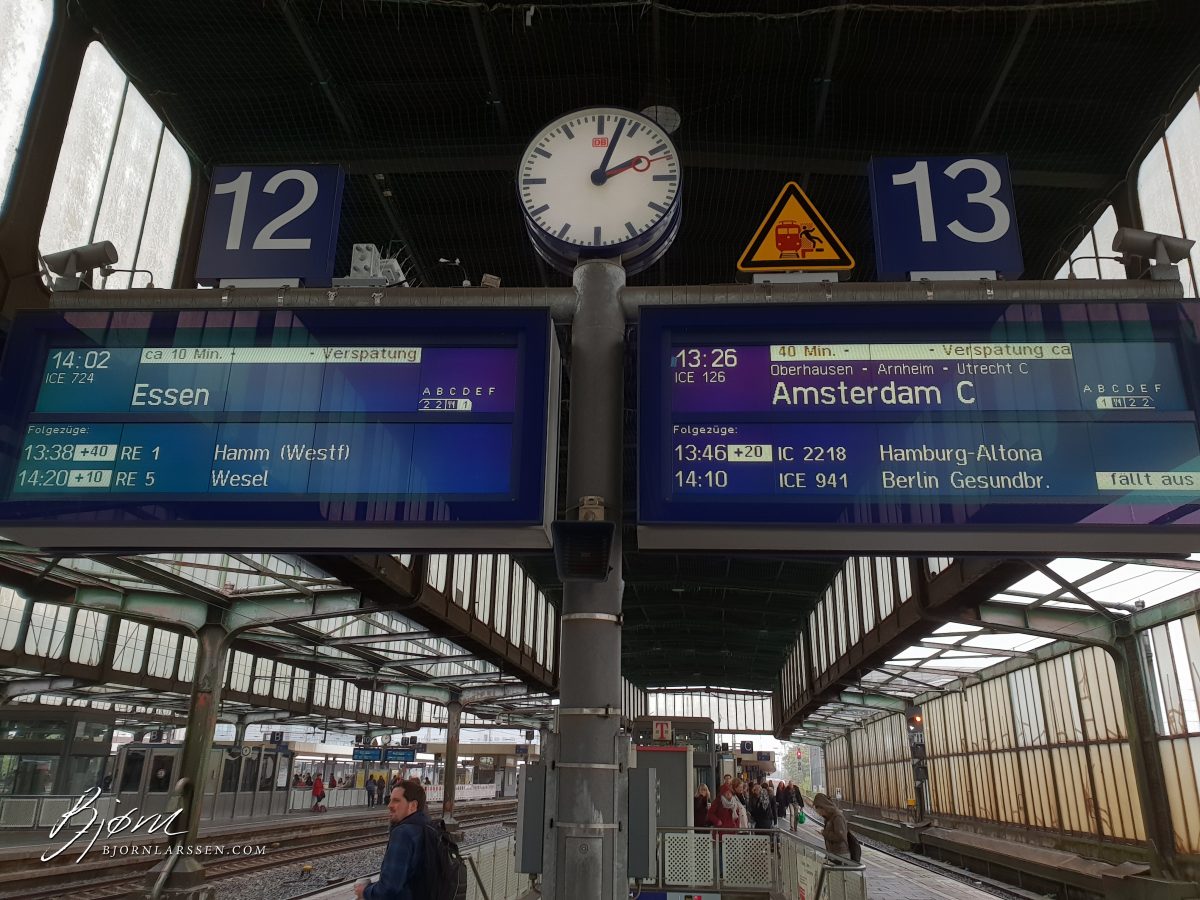 Return to civilised world. Five trains are late, one cancelled. This was exactly what I expected from Deutsche Bahn, and I was not disappointed. It’s good to know some things never change!