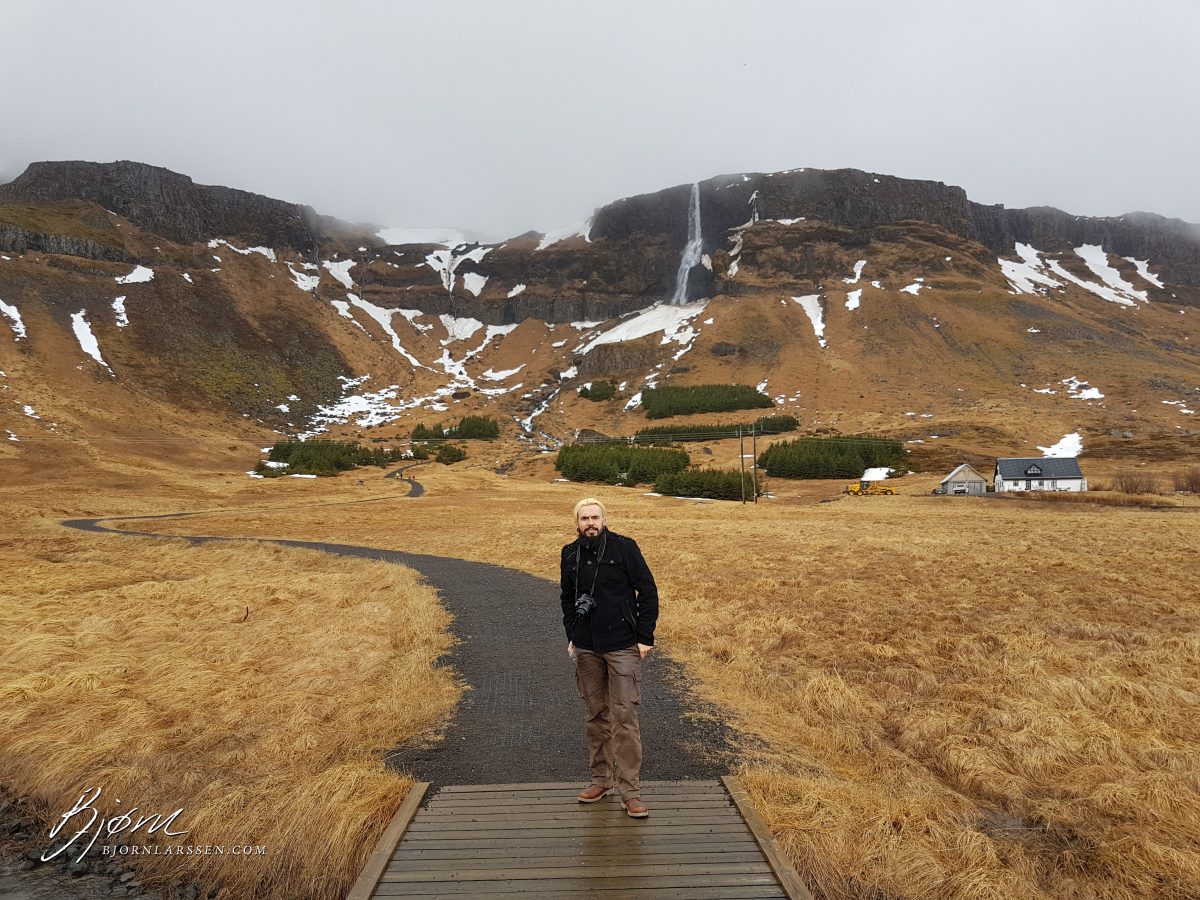 I am currently in Reykjavík, Iceland. The sky is fully covered by clouds, which doesn’t stop us from hoping to see Northern lights just one more time before we depart. Yes. I’m greedy like that.

But how did all this happen?

It all started with a dream I had many years ago. I dreamt of a fishing village, where three brothers – one of whom was a pastor – fell in love with the same woman. There was more to the dream, of course. Blood, gore, fire, drama, and that final scene where the pastor confesses his sins to all the parishioners, and gets chased out of town, as the church burns in the distance.

It was the most cinematic dream I’ve ever had. It was also, frankly, quite ridiculous. Entertaining, but ridiculous. So I thought I would forget about it, same as all my dreams before, but I didn’t. I carried it in my head for years. Every now and then I would see or hear something, and then be reminded of the dream. My writer’s mind – I’ve been writing since I was 7, blogging for 15+ years with thousands of readers who followed me when I moved on – kept on adding and removing details. Expanding on them. It became one of my multiple “yeah this might become a novel one day, I mean look at those horrible books that get published nowadays lulz I could do so much better if I only tried”. But I never tried. Who’s got time for that?

A few years ago I had enough to do. I was working at the forge aiming to become a full-time professional blacksmith, I was renovating and selling an apartment, getting married…and somewhere in the middle of all this I lifted a piece of IKEA furniture, something snapped in my back, and that was the moment my blacksmithing career was over, although I didn’t know it yet.

Someone sent me this video. There are two people who could have sent me this song. Both insist they heard about it from me. I listened, then again, and fell in love with the song, but didn’t like anything about the album. I dismissed it as muzak. Then, a while later, I noticed husby was playing something really beautiful. I asked “what’s that?” and he answered, “oh, it’s this Ásgeir guy”. My jaw dropped, and I listened. And listened.

In The Silence would later become my album of the year for both 2014 and 2015 (nothing better came out). I’d buy the regular CD, Icelandic version (Dýrð í dauðaþögn), the vinyl, the 3CD special edition, acquire (thanks Jens!) the 7″ picture disc for Nú hann blæs, cry my eyes out during the concert in Amsterdam – the most beautiful thing I’ve ever seen.

Once I realised who translated Einar Georg Einarsson’s – Ásgeir’s father’s – lyrics into a language I understood, I fell hard for John Grant. A little book called “Bad/Good sides of Iceland” lists John Grant as the only celebrity who moved to Iceland and bothered to learn the language. (Which didn’t stop him from singing “I hate this fucking town” about Reykjavík, but that’s a different story.) I listened to the music, the dream marinated quietly in my head, until one day something in my brain sort of clicked.

A thought appeared: “I wonder if they used to have fishing villages like ‘mine’ in Iceland?” Had I known the timing of this thought would prove to be important, I would have written it down. But back at that point all I knew was that Ásgeir’s Dýrð í dauðaþögn sounded divine, the English translations were beautiful, and everything about the music largely describing freezing cold felt like home and warmth. Which was something I needed a lot at that time…

I spent most of 2016 in horrible pain from the back injuries. I tried, and failed, and tried, and failed to return to the forge. 30 minutes of work would result in three weeks of pain. I started dreading going to the forge, already wary before leaving the house of the pain that it would cause. Finally, I gave up. (And tried again, and gave up again, because that’s how I roll.) I missed – still do – the smell of hot iron and burning coal more than anything in the world, but still not enough to voluntarily cause myself massive suffering.

I survived this year because of the love of my husby and friends; music; sheer stubbornness. But it got close, very uncomfortably close. Maybe that was why on January 1, 2017, I opened the laptop and started typing in my story of three brothers in a fishing village. The date wasn’t a symbolic gesture. I was mildly depressed, in a bit less pain than usual, had nothing better to do. People with spine injuries don’t party too hard on New Year’s Eve. So I sat on my profiled pillows, and typed. For two weeks. Averaging 12 hours a day. I finished the first draft, 180 pages of text, in two weeks. 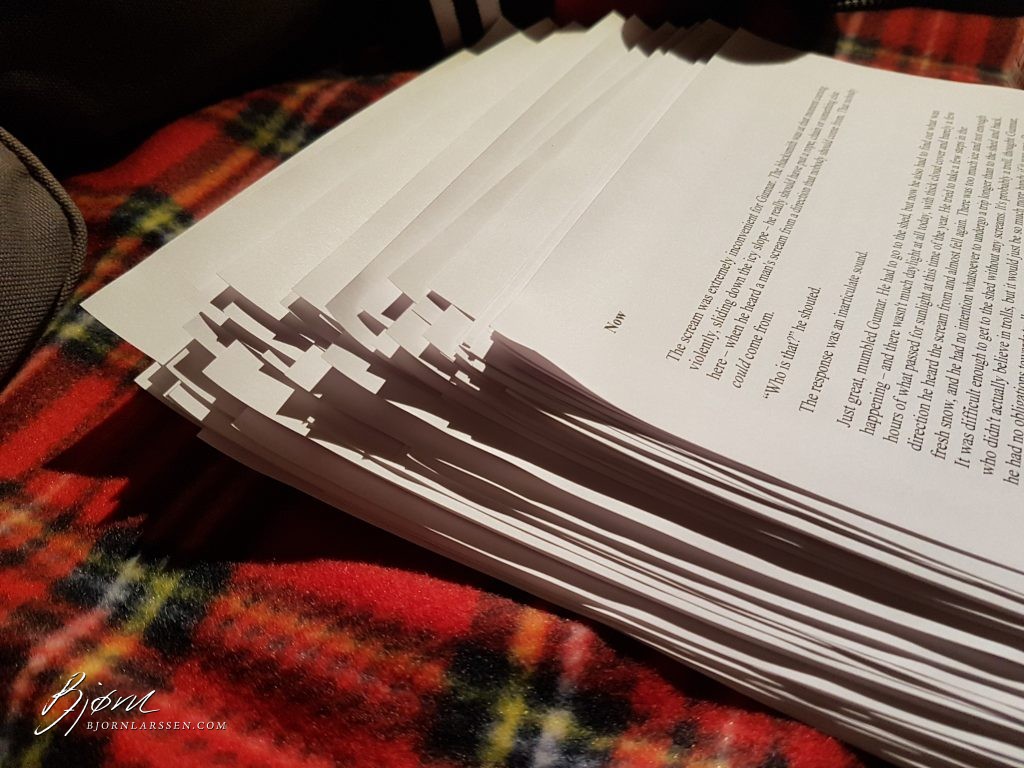 When you write a story down, you start seeing the problems with it. The weaknesses, parts that simply make no sense at all, but also the research and problems you’ve just placed in front of yourself. To begin with, I didn’t actually know if villages like the one I needed existed at all. I couldn’t place it right in time – it had to be historical-ish, but I never really read much about this period. I hated things that had to do with war, shooting each other (what’s wrong with a good ol’ axe???), digging trenches, throwing grenades, and writing letters to your beloved one back at home. I had a story about people, and this story required the right timing, place, backdrop… and Ásgeir continued providing the sonic landscape.

I did not do a bit of research until this first draft was finished. I didn’t even check whether Iceland would work for me at all. But when I bought ‘Wasteland with words’ by Sigurður Gylfi Magnússon it felt like magic. I received answers to questions I didn’t even know I had. Mostly, though, I was shown very clearly that Iceland was the right setting for my novel to take place. Better than right. Perfect. Reading ‘Wasteland with words’ resolved problems I didn’t notice I had. Sigurður Gylfi’s book allowed me to write down a list of all research questions I needed to do before proceeding.

I read a lot and I started work on the second draft in March. At this point I was already trying to contact historians and church officials in Iceland, asking on my Polish blog whether somebody could perhaps help me with some things (my blog readers are magical). I talked husby and my dear friend Ulf into going together for a few days in June. But no blacksmiths or historians responded to my queries, and I gave up on the idea I would get to talk to anybody. Weeks before our departure I heard from Helga Maureen at Árbæjarsafn – yes, she would be happy to meet up and help me find answers to my questions. Bart the Leatherman, whom I met through my blog, helped me figure out where to go and what to see. In disbelief, I watched my dream coming true. 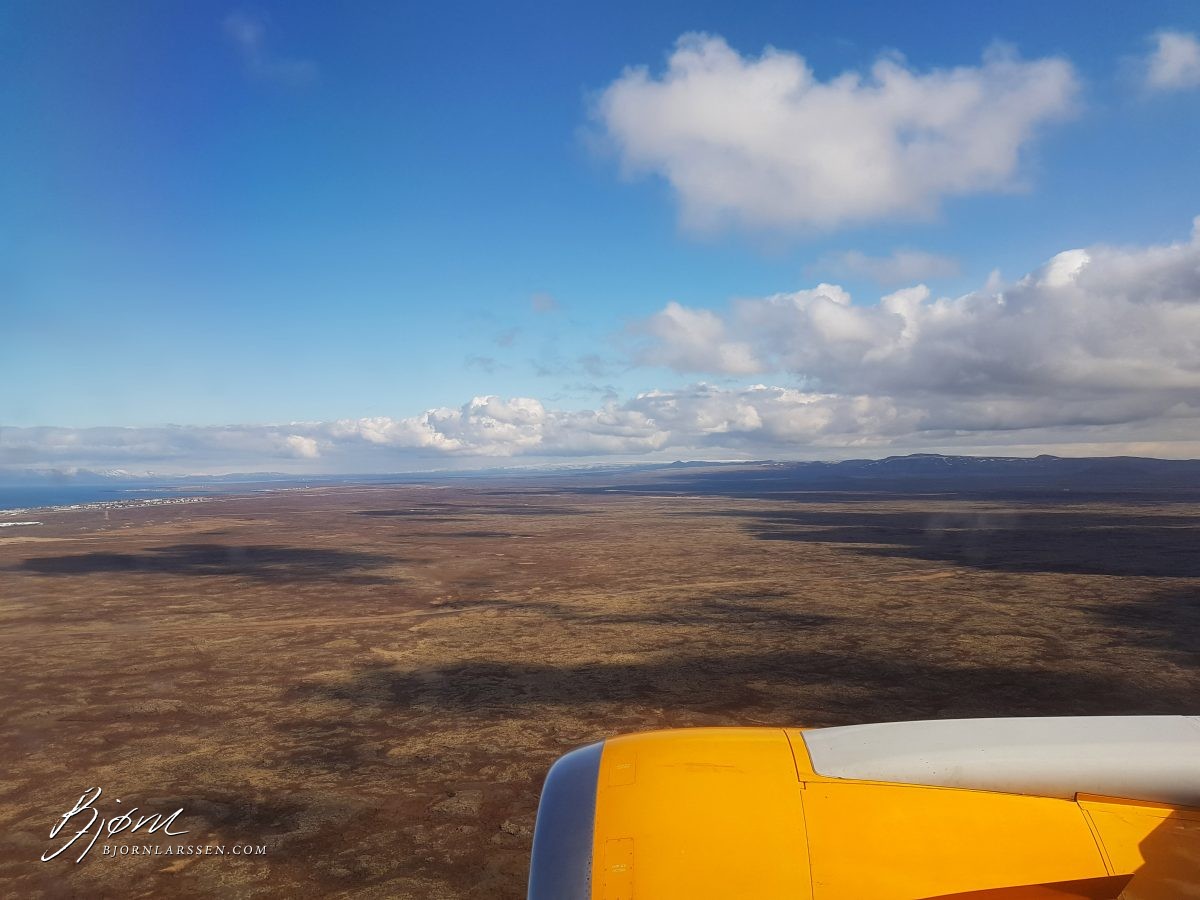 This first trip in June 2017 would give me new friends, new adventures, and turn Iceland from a place suitable for my novel into a full-blown obsessive love that began as the plane was landing, and I saw the shape of the island.