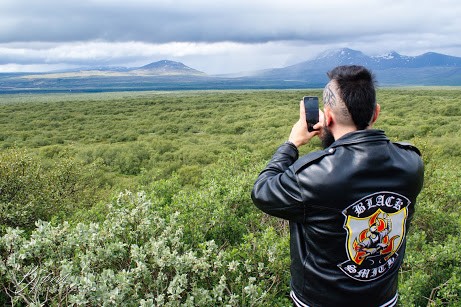 Rachel Thompson on her blog, “The Reasons Social Media Breaks Can Help Our Mental Health”:

The camaraderie which drew me to Twitter, Facebook, other channels, and even blogging is now full of blowhards teeming with rage and vitriol about well, everything. From books to politics to #MeToo to even cats (always a safe choice), sharing our lived truths has now become filled with denials, gaslighting, and people thrusting their absolute right to judge with aggressive opinions on what others have lived and experienced — and I’m just super fucking over it.

[…] For visibility sake, I strongly recommend it [social media]. For your mental health sake? If it’s too much, take a break or hire someone to handle it all for you. An aside: I have one client who simply cannot focus on writing if she checks into social media, so she only handles Instagram (because she’s a photographer and she loves the photog community there). She has never once logged into her Twitter, Facebook, G+, LinkedIn, or Pinterest, and says she never will (and she’s got many, many bestsellers). She simply finds it too overwhelming and stressful.

I’ve been tweaking my own social media, because of how it’s been affecting me mentally. It used to drain me, make me feel bad about myself… and then it got better.

I used to follow hot bearded guys on Instagram for, eh, research purposes. After a while, I noticed that looking at their photos makes me feel bad about myself. I’m bearded. That’s where my similarities to those models end. I’m not a ripped, muscled, gorgeous person with 100000 followers begging for more topless selfies. Scrolling through their photos, as impressive as they were, served as a constant reminder I’m just average (except the number of tattoos).

First, I shut down my Instagram account completely. Then reopened it, deleted all I posted before, and tried to make it ironic and funny. It still didn’t work – for me. Then I unfollowed 90% of the hotties and followed tons of accounts posting nature photos. Now I get occasional pictures of a bearded guy and lots of gorgeous shots of nature that don’t make me feel inadequate, just make me both happy and envious about not being there. But it’s easier to visit, say, Scotland than become a kind of person that gets paid for endorsing products by exposing their perfect body built with Proteinmax Super Explosion 5000 that I also bought, but, er, didn’t get a perfect body. I post photos from Iceland on daily basis. If I happen to be on them, I’m very much dressed.

I’m still not doing much on Instagram, but when I am, I enjoy it.

I deleted my original, ten-year-old account when the Cambridge Analytica scandal exploded. It wasn’t exactly Facebook’s first major scandal, and won’t be the last. I opened another account and quickly shut it down when I uploaded a photo of myself taken after eyelid surgery. FB wouldn’t let me delete it until I found the original in a very large FB group – or closed the account. Every time I tried to change my avatar I was welcomed with the picture that was amusing for the first few days and became creepy after that. This was the default photo FB always showed me. My face with a huge black bruise covering my swollen eye.

The new account has two photos of me, none of which I mind seeing. I’m aware FB still analyses all my data and has my full profile…except all it knows now (I like to think) is that I repost memes, jokes, and articles about Iceland. My writer fan page has much more personal content, which is perhaps the exact opposite of what most people do, but what FB now knows about me is that I am writing a book and have visited Iceland twice for research and out of love. I don’t like censoring myself, but I don’t mind doing it. I also use the “mute” and “I don’t like this post” options a lot.

Luckily I managed to keep most of my actual friends. Some of them didn’t understand why I felt the need to change accounts twice, but they accepted it as a part of my weirdness. And boy, there’s a lot of weirdness going on here…

I used to have a Twitter account I visited once a year to live-tweet Eurovision. I followed 1000 people and it plain overwhelmed me, so I unfollowed 900 of them. This got me a few PMs from angry or confused tweeps who actually noticed I unfollowed them and wondered why. I tried to explain myself, which didn’t really work, then finally deleted that account and stayed away from Twitter. Two years later, i.e. in 2018, I started a new account. I follow writers, readers, everyone who posts about Iceland, emergency kittens, photos of nature, smol robots, The Rock, and The Momoa. I block trolls and refuse to engage in political conversations. Sometimes I have to sit on my hands when my own outrage strikes. But there’s enough of that sort of…content, and I don’t need to add to it.

I've got drafts of five blog posts and one of them has to go up tomorrow. This is what happens when you start writing multiple drafts and editing goddamn blog posts! #amwriting #amediting #amblogging

Those three are enough for me. I don’t understand Snapchat – perhaps I’m too old for it. Google+… let’s have a minute of silence. Tumblr – I generally forget it exists. What other social media sites even are there…? Doesn’t matter, I most probably don’t want to join them. I don’t get upset, overwhelmed, angry anymore. I spend my energy on writing, reading, or – you know – living. 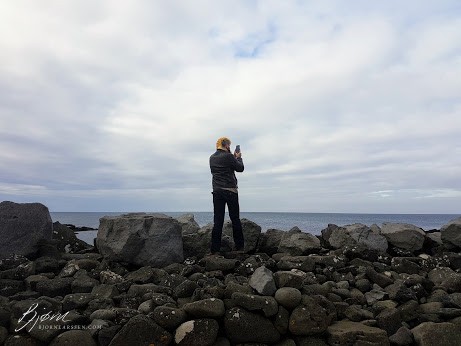 What’s your social media presence? Does it make you feel better or worse?

Photos: I’m glued to my smartphone. Yes, I was actually taking pictures, but still – there are way too many photos of me staring at a black glass rectangle instead of what’s in front of me.

PS. All the subheaders are links to my profiles because I’m a hypocrite. Followmeclicklikeplease!