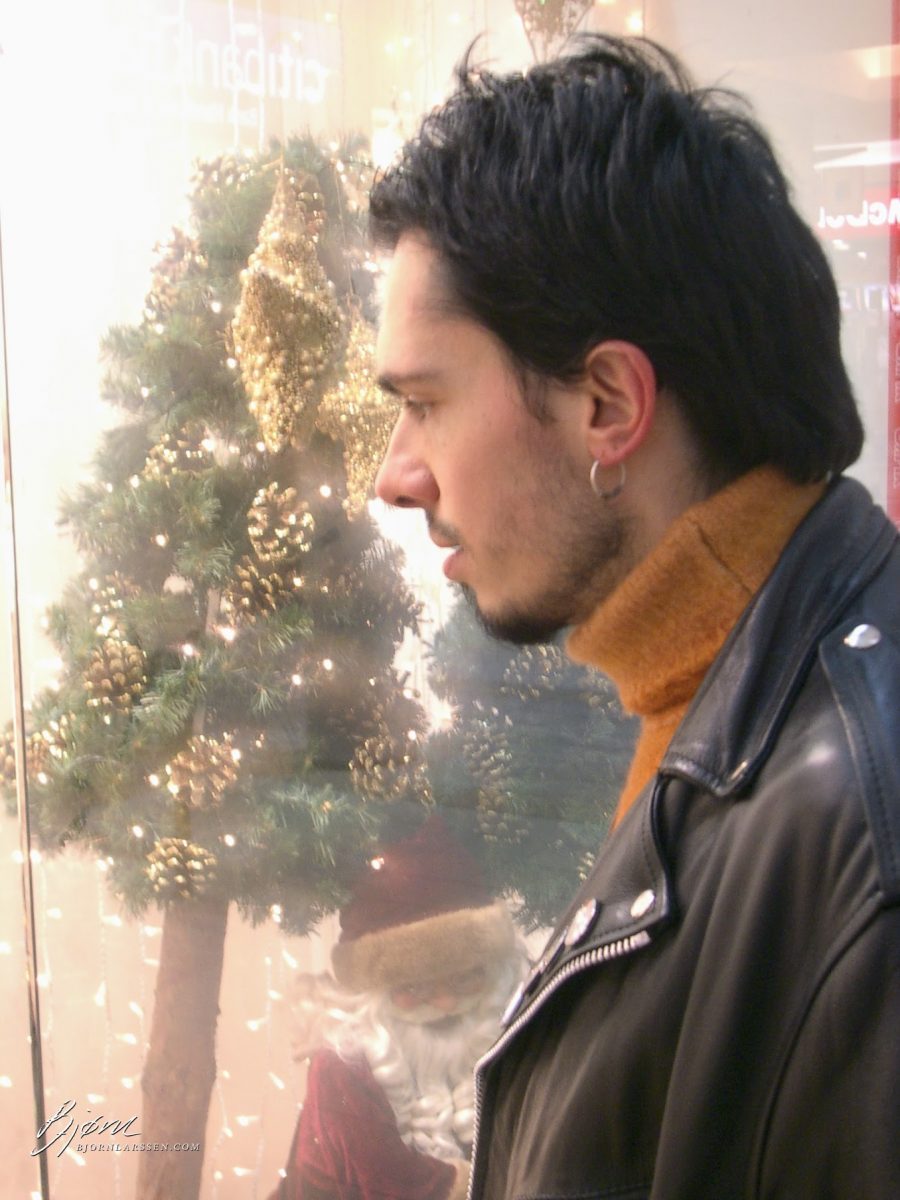 It all went really well once I taught my family to keep the TV off. For some reason, the TV kept blaring carols that nobody paid any attention to, but I always sat right to the TV, my back facing (backing?) the screen, the speakers making it impossible for me to hear anything. At first I started simply switching the thing off and counting how much time it would take for the rest of my family to notice. A few years later I discovered that the TV was no longer on. Gwiazdka was fabulous. I saw uncles and aunts, cousins and nephews, and greatly enjoyed everything. Until I came out as gay, brought my boyfriend with me and suddenly discovered that whilst my family were fine with me being gay, they were decidedly not fine with me being gay where they could see it.

From that year onwards the family Xmas stopped being a happy celebration. At first it split into two groups – the bigger one that had no interest in seeing me and my partner and the smaller one consisting of my mom, my brothers, and me. Then when my grandmother died the whole thing went to hell. Uncles and aunts stopped coming over to Warsaw (not that I had a chance to see them). One of my aunts had to spend Xmas alone despite the fact she was actually invited over to my mom’s – simply because she knew I would be there, and… eh… beats me, really. That year Xmas brought me to almost do something very stupid. And ever since then I stopped coming to Poland during the holidays. But the wound didn’t heal.

I’ve been fighting the tradition that’s been ingrained in me for over thirty years ever since.

Technically I know that even my 3D family don’t celebrate they way they used to, yet I greatly missed that non-existent party. It’s been a horrible period for me. Once I got over my #poorme #victim egotism I discovered I wasn’t the only one – by far. A lot of families either meet because that’s what families do, or don’t meet at all because they’re too busy fighting each other. It was fun to celebrate when I was twelve years old, especially as the food was cooked by someone else and PRESENTS!!! – but at the age of thirty it was both a painful reminder that I was not welcome and a chore to get through. A lot like Valentines when you’re freshly single, I suppose.

I decided to celebrate Yule instead. But to my surprise (I guess I’m stupid like that) I discovered that just because I made this resolution my brain didn’t let go of the tradition that’s been hammered into me for decades. I’d celebrate the Solstice on the 21st, then proceed, stupidly, to prepare the exact same food my family used to eat at Xmas. Then I would be very upset and wonder what could have possibly caused me to feel like this. (Hint: myself.)

This year I’m going to go full-on Solstice and stop there. Before a Yule log became a cake… okay, I intend to make an exception for the cake because cake… it was an actual wooden log. The Norse would bring a wooden log as huge as possible, start the fire with the remains of last year’s log, then burn the new one until just enough remained to use it to start the fire next year. My woodburner isn’t exactly the size that Ragnar Lothbrok would have approved of, and I will have to remember to switch off the smoke alarms, but I intend to create a new ritual that will work for Husby (who doesn’t really care) and me. Then I intend to proceed to not recreating the family Xmas tradition for reasons even I don’t understand.

The Solstice is a very important date for me.

When I was a kid I didn’t really notice days getting shorter, because PRESENTS!!! As a teenager I wasn’t so excited about PRESENTS!!! anymore, but I loved the food and the feeling of community. Nevertheless, the older I get the more the dark winter days affect me negatively. The Solstice is a reminder I survived another year. I don’t make New Year’s resolutions, don’t bother with fireworks, don’t go to parties. January 1st, as far as I am concerned, is just a date in the calendar. But the Solstice is what truly marks another year for me. The gradual return of the sun, longer days, shorter nights. Being able to enjoy the light outside instead of my daylight lamp. (And caaaakeeeeee…)

Technically, Yule lasts for 12 days. Same as Xmas, it’s a set of rituals. Humans like rituals, because they provide handy transitions between the before and after. I’m not an exception, as explained above. The Solstice symbolises life. Xmas symbolises, again – for me personally, loneliness, pain, and rejection. I have to make sure I have people who love me around between December 24-26. After the Solstice I look forward to the next ritual, which in Amsterdam means the burning of poor Xmas trees on the first Sunday of January. I associate fire with life, and the bigger the fire (as long as it’s contained and safe, the destructive forest fires are NOT included!) the better. I don’t attempt to recreate or join the neopagan/Asatruar celebrations. I don’t have a religion, I have faith. I don’t want to change one set of rules to another. My goal is to free myself from the set of repeated rituals that bring a lot of largely painful associations along.

I partake in The Writing King’s round-ups, and this week’s question is:

How did you (or could you) incorporate the holiday season into your fiction or nonfiction?

I don’t. Neither Xmas, Christmas, nor Yule. I incorporated Lent into Storytellers because it was necessary for one of the story arcs. This blog post is the only way I incorporate the season into my writing. I don’t intend to convince anybody that I am right and I hope nobody is going to try and convince me that I am wrong. But not to go full Grinch on you… There is one tradition that I fully approve of, and it’s the Icelandic jólabókaflóð – I wrote about jólabókaflóð for ALLi’s Self-Publishing Advice blog. Recommended reading! (I suffer from excessive modesty.)

Main photo: As Christmassy as I ever got.