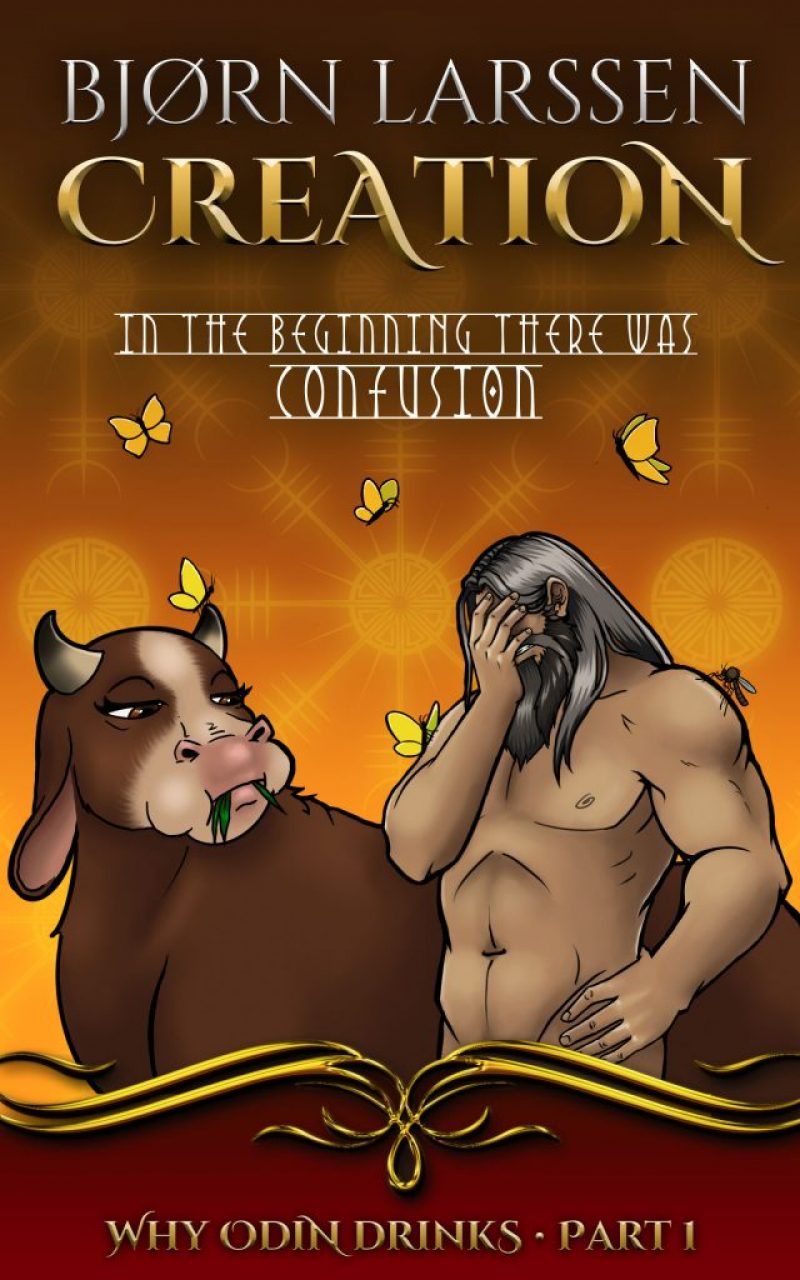 In the beginning there was confusion.

Ever woken up being a God, but not knowing how to God properly? Your brothers keep creating mosquitoes and celery and other, more threatening weapons. What can your ultimate answer be – the one that will make you THE All-Father and them, at best, the All-Those-Uncles-We-All-Have-But-Don’t-Talk-About?

“A masterful take on Norse creation and existence that is witty, hilarious, and downright entertaining, as sidesplitting as it is thought provoking. Five Audhumlas for Creation!” – Lyra Wolf, author of Truth and Other Lies

“A hugely fun read full of the trials and tribulations associated with family dysfunctionality, encounters with four-pronged milk dispensers and one-pronged non-milk dispensers, admiration and awe towards avian ass-thetics, worrying regarding wolves in wolves’ clothing, and the universal distaste of Odin’s most hated vegetable.” – Rowdy Geirsson, author of Norse Mythology for Bostonians 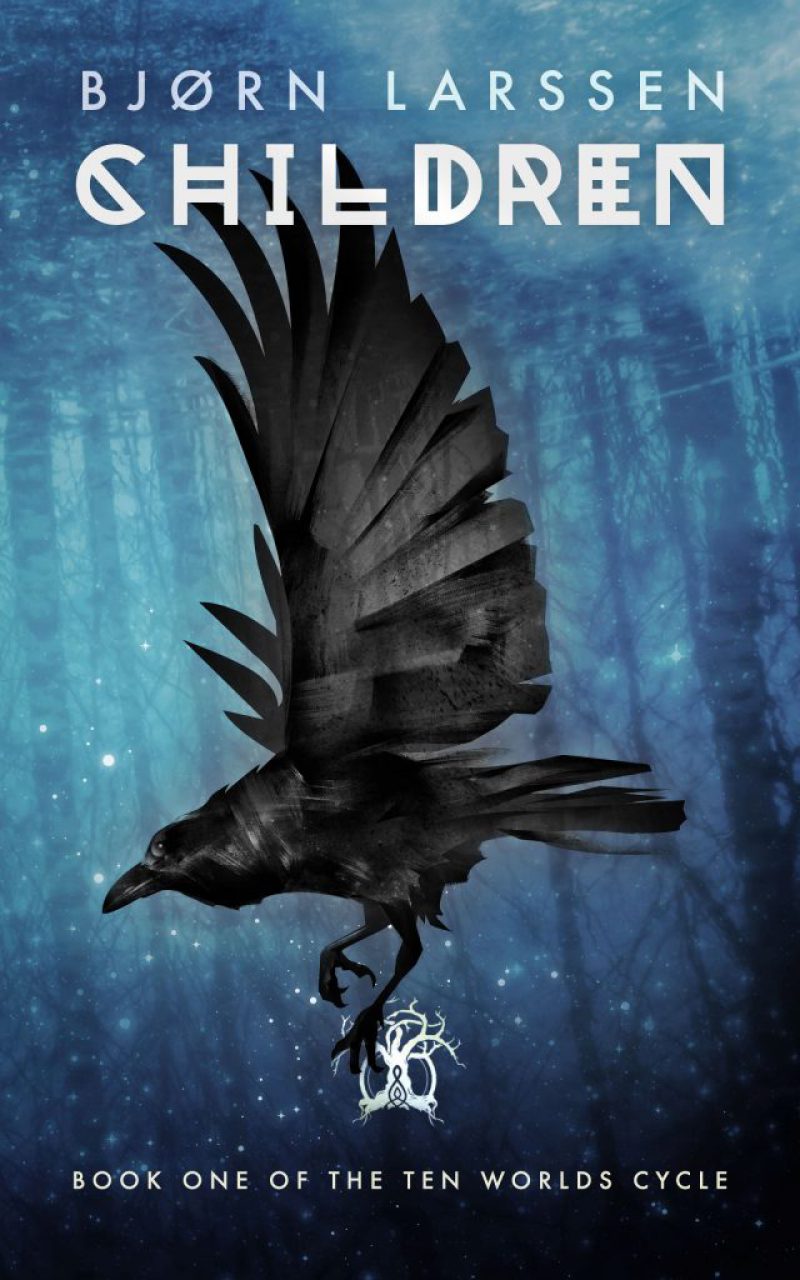 All Magni wants is peace and quiet, but when your father is the God of thunder, you don’t get to live the life you want. When Thor destroys all his son knows and loves, Magni vows to bring prosperity and end the violence… forever. But can you escape cruelty in a universe built on it, or the shadow of your father when everyone calls you by his name?

Maya, her rage more powerful than she knows, wants freedom to pursue her own destiny. Neither torture nor blackmail can make her obedient or pretty enough for Freya, her foster-mother and Goddess of love. Fighting for independence and revenge, can a mere human win a game where Gods dictate the rules?

“This dark retelling of Asgard’s pantheon is no rosy Marvel Universe depiction, the violence and savagery of the deities and their contemporaries being on full display. […] Children is as actually less of a coming-of-age tale as it is a study of trauma, a commentary on classism and privilege, an observation on the expectations placed on each other by child and parent, and a questioning of what it says about us when one group of people can dehumanize another.” – Grimdark Magazine

“Children is a fearsome kaleidoscope of genres, it has shades of fantasy, historical fiction; it feels in parts profoundly personal and perhaps even to a degree biographical. Being primarily an SFF blogger, it would be remiss of me not to say that it is also a re-telling of Norse myths. No disrespect to authors such as Neil Gaiman or Joanne Harris, but for me, the bulk of re-tellings are more paraphrasing, in that the myths are for the most part unchanged. Mild creative liberties are taken, and there is perhaps a slight warp to the grain, but they are at heart the same stories. With Children, you get a re-telling. Bjørn Larssen retells the s–t out of it.” – Bookends and Bagends

“This book is about as raw and brutal a read as you can come by but it is also incredibly moving and never makes you feel like there’s not something worth salvaging in the end.  I was really blown away by Children and am here to say that if you don’t read this book, you are seriously missing out on a rare talent right now by the name of Bjørn Larssen.  He will not hold your hand and tell you everything that you need to know explicitly, but he will ask you to work a little for what is a phenomenal payoff if you just invest a little time and attention.  The true testament to how this book moved me is that I couldn’t get it out of my head for the entire day after finishing it.  In fact I even went back and read the final chapter again because I wanted to experience it fully just one more time.” – Out of This World SFF Reviews 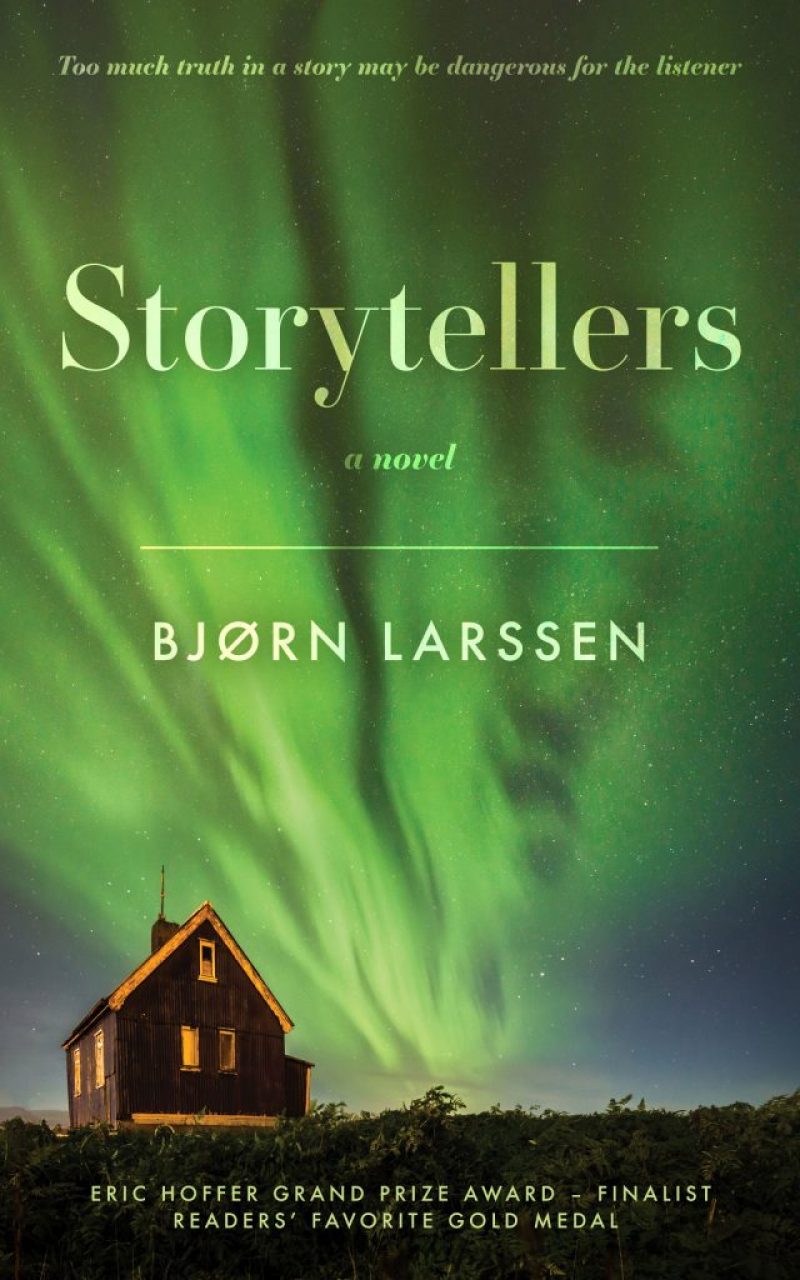 Would you murder your brothers to keep them from telling the truth about themselves?

On a long, cold Icelandic night in March 1920, Gunnar, a hermit blacksmith, finds himself with an unwanted lodger – Sigurd, an injured stranger who offers a story from the past. But some stories, even those of an old man who can barely walk, are too dangerous to hear. They alter the listeners’ lives forever… by ending them.

Others are keen on changing Gunnar’s life as well. Depending on who gets to tell his story, it might lead towards an unwanted marriage, an intervention, rejoining the Church, letting the elf drive him insane, or succumbing to the demons in his mind. Will he manage to write his own last chapter?

“The drama is intense, the plot reveals come thick and fast, and the ending is satisfying and yet… it might not be an ending. I think it is for the reader to decide what really happens. […] This story was an ambitious project and the author has executed it with aplomb. It’s not like anything I’ve ever read before and these strange, sad, funny, murderous people will stay with me for a long time.” – Annie Whitehead, Discovering Diamonds

“A truly remarkable debut – wonderful storytelling […] I felt throughout that I was in a safe pair of hands and just sat back and enjoyed the story, happy to let the author take me wherever he wanted to go. Highly recommended.” – Debbie Young, author of Springtime For Murder

“Yes, I got a little bit of mystery with a little bit of magic, followed by INSANE, jaw-dropping revelations. But at its heart, Storytellers is a tale of evading the darkness, bearing with the pain of tragedy, and living to see the sun rise another day.” – Justine Bergman, Whispers and Wonder

“There is something magical and enchanting about Storytellers that makes it an unputdownable book, even though there isn’t a single happy person in it. Bjørn Larssen is undoubtedly among the best storytellers I’ve encountered. He grabs you by your gut and keeps wrenching it until the very end.” – RockStarLit Book Asylum

“The book was reminiscent of Kazuo Ishiguro’s The Buried Giant, in both theme and mood. […] It isn’t always the easiest read, but it’s not a book I’m going to forget easily, either.” – Marian L. Thorpe, author of Empire’s Daughter and Oraiáphon 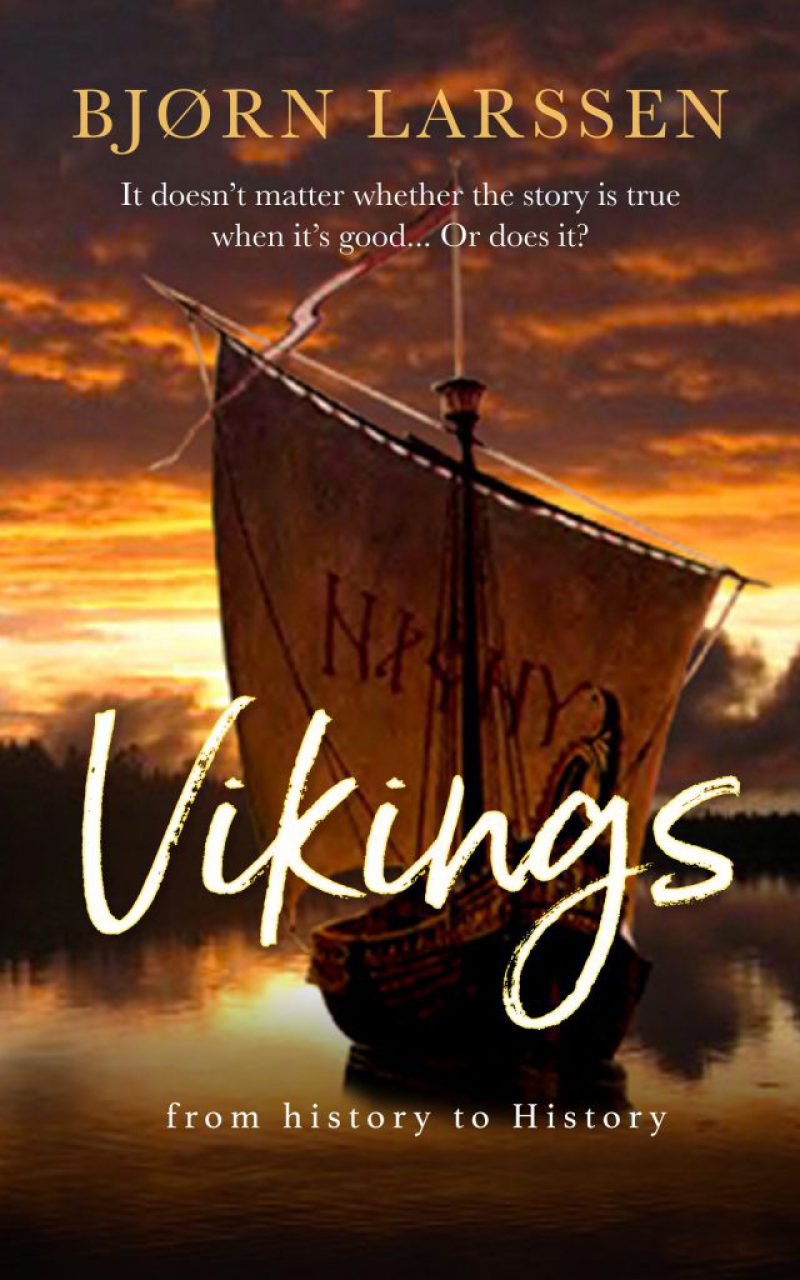 Vikings: from history to History

How much did history have in common with the History TV series?

Did you know that History Channel is not actually a TV channel that shows historical documentaries? I didn’t, when I saw the first episode of Vikings, and so I firmly believed that Ragnar and Rollo were brothers, Ragnar’s wife Lagertha gave him a son called Björn and a daughter called Gyda, and Ragnar was a poor farmer who climbed from the bottom to the top thanks to nothing but his courage and faith.

Vikings: from history to History reveals the truth – if such thing exists – about Ragnar, Lagertha, Aslaug, Björn, Ivar and his brothers, Rollo, and Athelstan.