I consider myself a person who has faith, but not a religion. While the actual definition of the word doesn’t use the word “organised”, this is how I see religions – as sets of beliefs overseen and/or enforced by human leaders, beliefs often based on holy books (such as the Bible). I am too ignorant to talk about any other religions except Catholic, but I know that the Bible can be read in many ways, some of which seem to alter with time.

Heathens don’t have a holy book. Our ancestors’ practices and stories have been written down by Christians after centuries of being passed down orally. This, coincidentally, is why I am building my own rituals, as I have no reason to believe that Christians wanted to immortalise practices that might have actually worked. Nevertheless, some people choose to re-enact the rituals, which they base on archaeological research and the surviving resources. I know many of those rituals, heathenry is a community-based faith, and meetings of like-minded people are great. I even know groups that I would love to join, even if just to see how they work. All the ones I am aware of are, sadly, a continent or two away from me. There are many people I could learn a lot from and just reading their writings isn’t enough. Some other people use the Old Gods as some sort of excuse for neo-nazí behaviours and I have a lot to say about that.

The largest communities – plural – of heathens go under various variations on the name Ásatru (“true to the Æsir”, the Gods who dwell in Ásgard). Their views and actions differ wildly between each other, but the one thing they have in common is putting limitations on what is and isn’t appropriate. As Rollo said in Vikings, “you have your Odin, brother, and I have mine”. I have seen what some of the loudest groups naming themselves Ásatru do or say and I would very much like not to be associated with any of it. Coincidentally, those groups wouldn’t like me to be associated with them either, so win = win.

This is not something exclusive to the Old Gods, obviously. There are so many various churches – Protestant, Episcopalian, Catholic, Baptist, Evangelical – whose rules are based on the same Bible and who praise the same God, yet come up with wildly different interpretations of what those words mean. There is the Westboro Church and there is Pope Francis. The way I see it, being a Christian is having faith; being a Catholic is having a religion. Being a member of Insert Name Of Ásatru Organisation is having a religion. Being me is having faith. 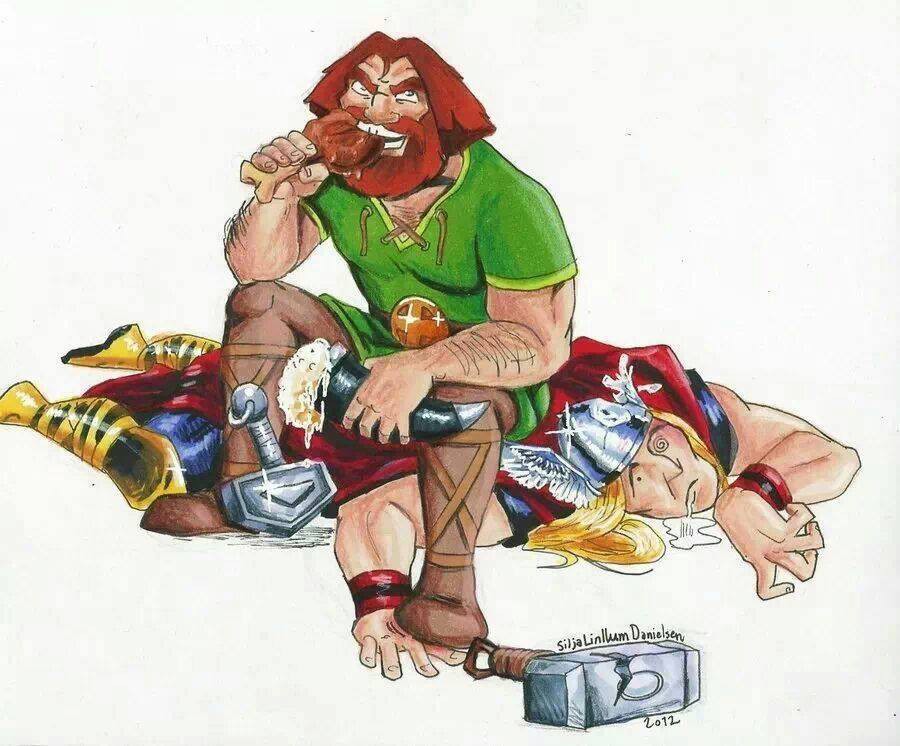 What am I writing then?

The Gods I have described in Children differ a lot from those I actually believe in. It is true that Frigg, the wife of Odin, knows the future, but won’t tell any of it. In my books – there will be more than one – Frigg spends her days baking and has very good reasons for it. If there are any actual Sagas or resources talking about Frigg’s murderously good cherry pie, I don’t know about them. I have not had the pleasure of visiting her kitchen in my own journeys either. I wrote the character this way, because I know how painful it is for Frigg to know all of the future, yet remain unable to alter any of it. I also know that Frigg isn’t the sort of Goddess who’s going to get really pissed off with me and strike me with… um… no, I’ll keep that one to myself. Her husband Odin’s sense of humour is rather dry and abstract, and tends not to stretch to anybody else’s jokes. My interpretation of Odin in the book isn’t very different from how I actually see him, because Odin is not someone who would take it lightly if I made him look funny or silly.

Heathens had to develop very thick skin regarding our Gods and the word “blasphemy”, because as long as the Thor movies and comics exist we would have to remain permanently offended at everyone who has ever enjoyed pop-culture. Dad… I mean, Thor himself is rather amused with the movies. He also approves of what I am doing, with the exception of the bridal dress story which he would like you to know is ABSOLUTELY FALSE and no such thing has ever happened. Freya, whom I might or might not have based on the queens from Drag Race and Edina Monsoon from Absolutely Fabulous, is no longer on speaking terms with me and it really would safer for me to avoid cats for the rest of my life. Loki only had one demand, which was not to make him boring or predictable.

In the coming weeks I will be posting articles explaining the Norse Gods and Norse cosmology, and spoiler-free explanations on how I altered the Gods to turn them into characters. Why did I feel I could do it? The Norse saw the Gods as both the rulers of the Nine Worlds and source of entertainment. Gods who are both celebrated in elaborate rituals and turned into laughing stock, depending on the context and how much alcohol was consumed, have to be open-minded, same as their believers. You don’t drop on your knees to honour Thor. You pour him a drink and quietly hope he won’t actually come over, because once Dad starts eating or drinking he only stops when there is nothing left. Then he sends you to bring more.

(An explanation as to why I call Thor “Dad” is also coming.)

Children has two main characters: Magni, the son of Thor and his lover Járnsaxa, and Maya, an adoptive (if that’s the right word for kidnapping…) daughter of Freya.

In the surviving myths, Magni gets two mentions. One describes him saving Thor from remaining permanently stuck under a troll called Hrungnir when Magni was three nights old (I use this in Children in a completely different context), then giving a speech (I didn’t use that in any context, because I’m allergic to speeches). The second mention explains that Magni and his brother Móði are going to inherit Mjölnir, Thor’s hammer, after Ragnarök. That’s all. It made me wonder – how would it feel to be the barely noticed son of a God everybody knows? How would Magni view his father, knowing that Thor spends most of his awake time slaying Magni’s mother’s kin? Would he want to follow in Thor’s footsteps or do something completely different?

Maya is completely made up. When I started writing a book I shelved, God of Fire, describing Ragnarök, Maya was one of its main characters. Once I started work on Children, which had no title at that point, Maya just invited herself in and I had nothing to say on the subject. How can she deal with having been kidnapped by the Goddess who is one of the most powerful and most loved, yet gives stepmothers of all the worlds a bad name? When she finds herself with all the options open and very little understanding of them, how is she supposed to pick just one? Why would Freya pick her out of all the children in Midgard? Is her Granny Frigg really just a baker and Auntie Idunn just a gardener?