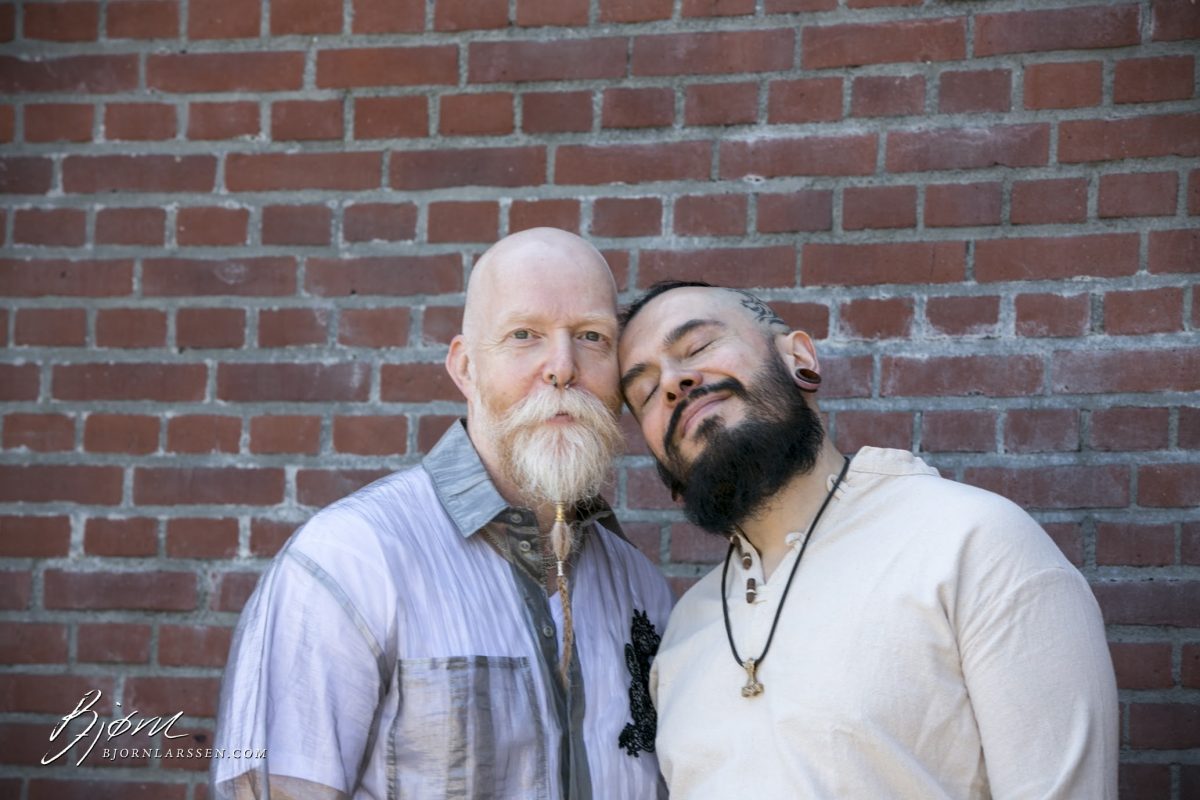 As an immigrant and a Latina whose recent novel deals with family sacrifice, love, generational trauma, secrets, marriage, adolescence, borders, and immigration, I’m often told things like my novel is very timely, or that the topic of immigration is very relevant right now. I’ve lived my whole life as an immigrant; to me and millions like me, immigration is not a “topic” but a lived experience. We cannot separate politics from our lives because our whole lives there have been policies in place that affect us. […]

In stories like mine, in a time and setting where the current (and historical) politics obstruct and oppress the lives of the Latinx immigrant communities I’m writing about, the political becomes more visible. It is a force that we do not have the privilege, as much as we’d want to, of ignoring. Even if I were to write a fun, “non-political” story that makes for an escapist read, it’d be difficult to do so authentically because my existence as a woman of color and immigrant is politicized in the world we live in.

I am a white cis man. So far, so good. But I am also an atheist gay man raised in a very strict Catholic country where being different is very rarely an advantage. I refused to remain in the closet, didn’t attend mass or religion classes at school. It was enough to become a polarising figure, accused of pushing an extreme agenda. The price I paid for being openly gay (as opposed, I suppose, to people who are openly straight) was high – I lost contact with a large part of my family. The reason? Wanting to bring my boyfriend to a family celebration. When my cousins brought their girlfriends, that was normal. When I wanted to bring my significant other, it was made very clear to me that it was okay for me to be gay – but only where nobody could see me.

A few years ago I happened to be in Poland in time for a rally demanding legalisation of registered partnerships – not even the most extreme of activists dared to demand same-sex marriage at that time. Since I was very open about my sexuality on my Polish blog, I was called onstage without any prior warning. I gave a short impromptu speech, in which I said that in Poland I was “a gay man”, while in the Netherlands I was a person. This was shocking enough to put me in a newspaper. But even though here in Amsterdam I am a person, I still check who is around before I hold my husband’s hand. Because even here, even in 2018 this puts both of us at danger. We’re flaunting, pushing our sexuality down people’s throats, think of the children. We’re holding hands. 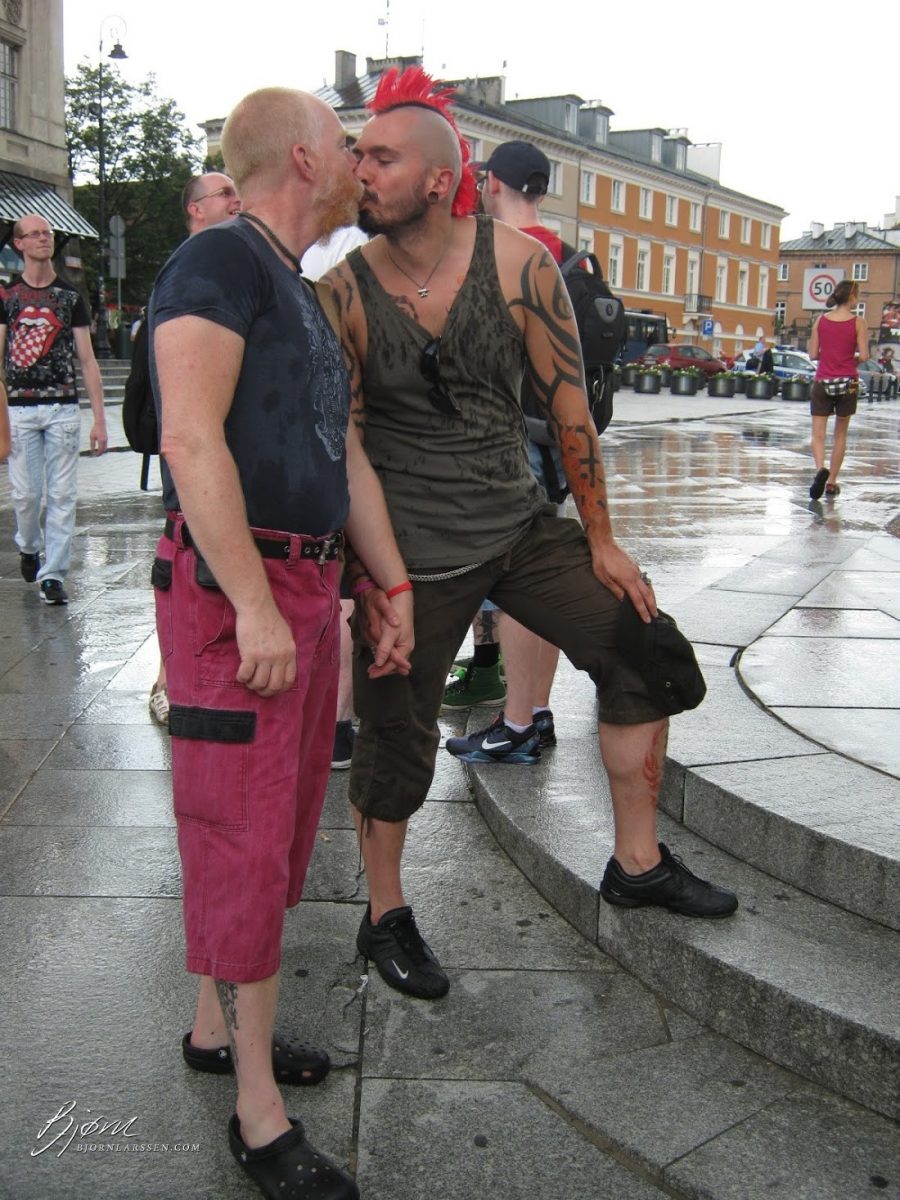 A default person is a white cis straight man following the mainstream religion of the country he lives in. He was born in that country, and sees himself as a patriot. Being the default brings along a lot of what is essentially political privilege. And the default people don’t want to lose it. Women are great to play girlfriends, wives, daughters, secretaries. They get spoken parts, in which they talk about men. In the first “Thor” movie, directed by Kenneth Branagh, Natalie Portman plays a badass scientist. In the second, she mostly shrieks and faints. I didn’t watch the third one, so can’t comment on that.

Look at the reaction to the all-female “Ghostbusters”, “Wonder Woman”, “Ocean’s 8”, “Black Panther”. Despite the fact that default people are represented everywhere all the time – pop music, movies, TV, billboards, adverts, books, you name it – they feel threatened by anything that doesn’t confirm their view of the world. An Asian actress is shunned, because “Asians are not expressive enough”, therefore she can’t play an Asian woman (!?!?!?!?) and a white woman must step in. Margaret Cho was told she was too fat to play herself. It all boils down to the idea that default people should have a monopoly on being represented. Blockbuster movies featuring gay men (“Brokeback Mountain”), people of colour, women in all leading roles are all considered shocking, ground-breaking, and political. If I have one thing to say about “Brokeback Mountain”, it’s that once you stop thinking of gay cowboys as scandalous taboo topic it’s a rather boring movie. The director managed to make it just scandalous enough for people to watch it. Casting two very popular white cis straight male actors helped, I suppose. It also got them lauded for their courage.

Back in Poland I was regularly told to “go to Holland where perverts like you belong”. I emigrated, and never looked back. I was accepted without any problems, assigned a knowledge migrant visa, later applied for citizenship and received it. This didn’t make me a Dutch person. It made me an immigrant from Poland with Dutch citizenship. I feel very lucky, grateful, but also still resentful towards a country where it is completely acceptable to tell me straight to my face that I am unwanted. I’ve experienced violence – verbal, emotional, physical – because of the political fact of holding my boyfriend’s hand in public. Even during that rally in Poland we, the Dutchies, seemed to be the only couple holding hands. I originally wrote that my life was never in danger, but then I remembered the death threat I received because of what I write on my Polish blog. Specifically, because I don’t hide the fact I am gay. 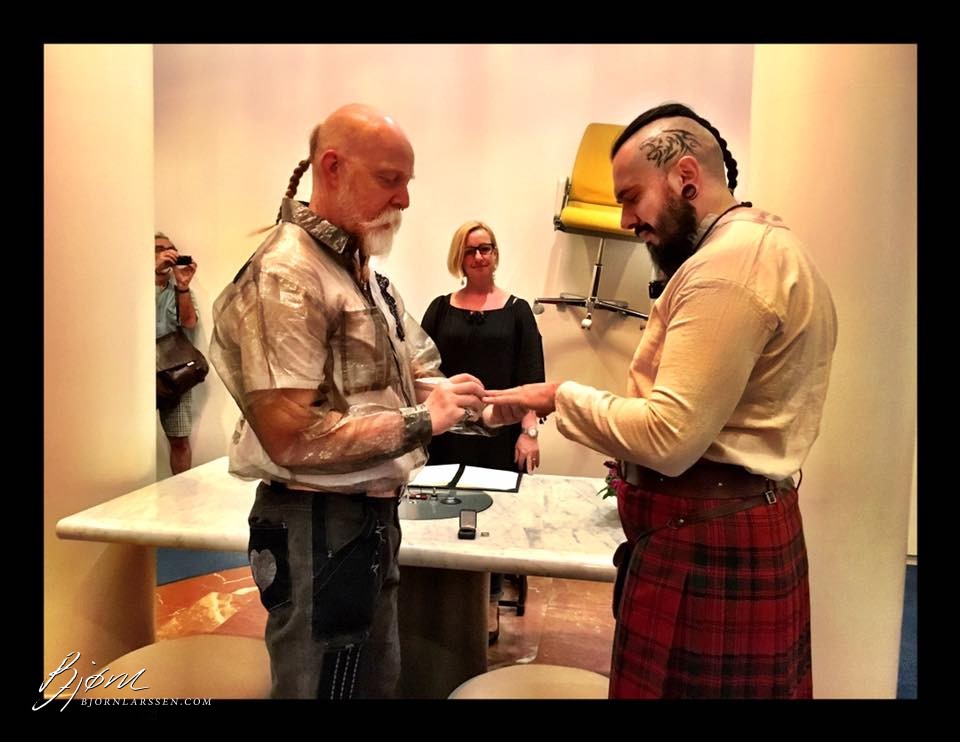 “What will children think when they see two men kissing?” is just one way of saying “you’re not really human”. Back in Poland a prominent politician said once that there is no discrimination against queer people, because any gay man can marry a woman whenever he likes. Another pointed out that she never noticed any discrimination against gay and lesbian people. (She is straight.) I was accused of “flaunting my sexuality” and “pushing it down our children’s throats”, as if all children were straight. As if we, as children, were not constantly having heterosexuality pushed down our throats. Why is it so easy to forget heterosexuality is also a sexual orientation? That white is also a colour? (I have a grudge against the phrase “people of colour” for this reason, while reluctantly accepting there’s no better expression to use at this time.)

“Diversity” is a buzz word in 2018. “Representation”, “own voices”, you name it. This doesn’t change the fact that a woman of colour is being told by her white editor that she (the author) doesn’t know how to write a character of colour correctly. (My apologies for not being able to provide a source – perhaps tellingly my attempts to locate the original article led me to…4chān.) That Natalia Sylvester is accused of pushing a political agenda – and, at the same time, asked why her novels are not more political. That when I said on that stage that I wanted to be treated like a person without putting me in a rainbow-coloured box and shutting the lid it proved to be controversial enough to warrant an article in the biggest newspaper in Poland. I take issue with the word “diversity” as well, because it creates another divide: default people versus diverse people. As if non-whites, non-straights, non-*insert dominant religion in your country* were some sort of “diversity tokens”, political simply because they – we – exist in public.

A while ago I noticed that I stopped reading novels written by default people for default people. It wasn’t a political act either. It was seemingly a coincidence that continued until I realised my top five novels of 2017 were all written by women, not all of them white or straight either. I never picked a book thinking “this will be good, because a woman/PoC/gay man wrote it”. I believe I just got tired of the default viewpoint. It truly has been pushed down my throat for decades, together with explanation that it’s good for me, and attempts to convince me there was no other perspective.

I am both exhilarated and upset by the fact “Black Panther” was such an enormous hit and generated so many headlines. “Black Panther” finally gave on-screen representation to people of colour, for once not cast just as “token blacks” to show “our commitment to diversity”. When the makers of “Doctor Strange” were accused of whitewashing due to the fact Tilda Swinton was cast in a role written for an Asian man, they responded:

Both director Scott Derrickson and writer Jon Spaihts have defended Swinton, rationalizing that casting a woman in the role of a man was already a diversity choice.

Very recently casting of Scarlett Johansson as a trans man sparked controversy. Johansson herself fails to understand the problem. This was her statement:

Tell them that they can be directed to Jeffrey Tambor, Jared Leto, and Felicity Huffman’s reps for comment.

She feels personally attacked and singled out. It doesn’t look like Scarlett Johansson realises what the problem even is. She is a white, straight, cis woman, who already played a Japanese character, because – I suppose – there just aren’t any Japanese actors? (The movie, “Ghost in the Shell”, bombed at the box office.) The very idea that perhaps the role of a trans man could be given to a trans man is a shocking political statement. As if the filmmakers were not already being so brave and supportive by even making a movie about a trans man at all! Below a photograph of the man Johansson will be playing:

This is who Scarlett Johansen is playing btw. Dante “Tex” Gill. I mean. It’s uncanny isn’t it? pic.twitter.com/3B5ltdVVKj

Nobody is saying Scarlett Johansson shouldn’t ever play any leading role again. Nobody is saying she is not talented. The movie industry didn’t suddenly stop offering acting opportunities to white actors. Despite the success of “Black Panther” I don’t expect that five years from now all superheroes will be disabled black lesbians (as was sarcastically suggested when the idea of Idris Elba playing James Bond started floating around). But disabled black lesbians exist. So do gay atheists born in Poland. Trans male actors. Immigrants. Gay Muslims. You wouldn’t know that from popular culture. But yes, we do exist, and we don’t think about ourselves as “diversity representatives”. We think about ourselves as people. I hope to see the day when that doesn’t seem shocking. 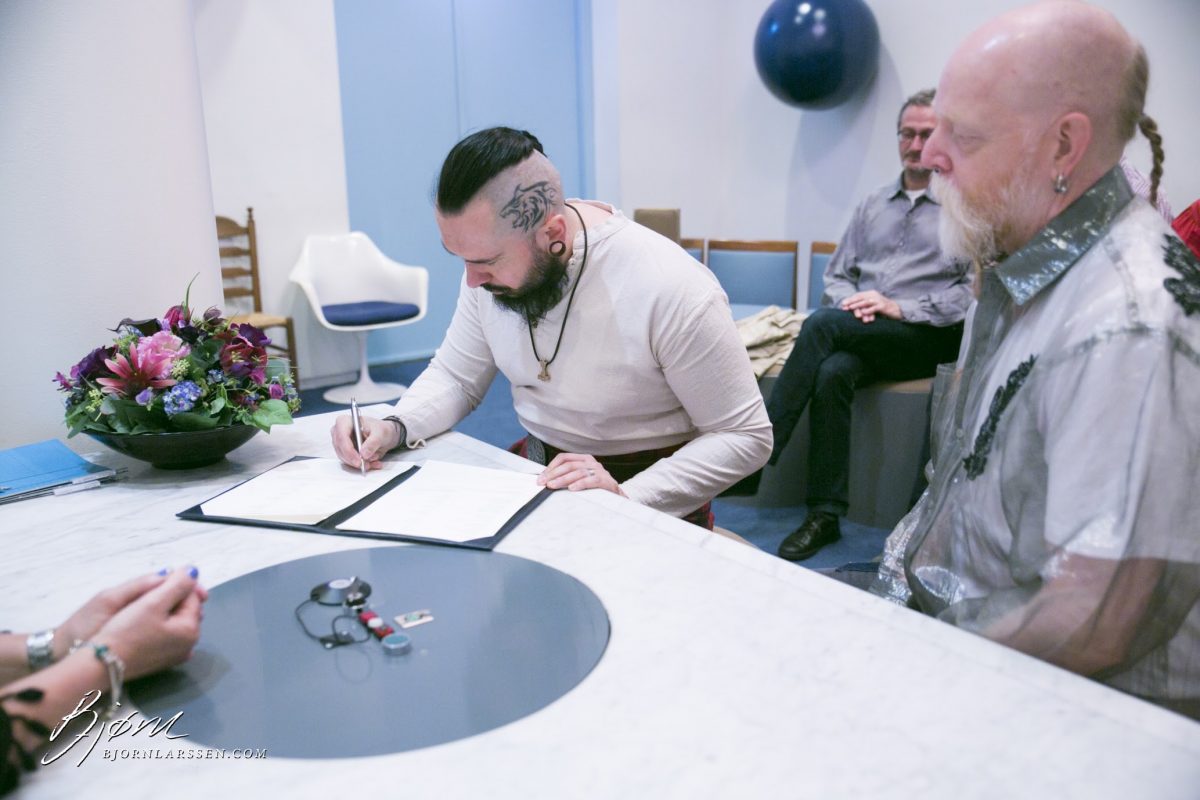