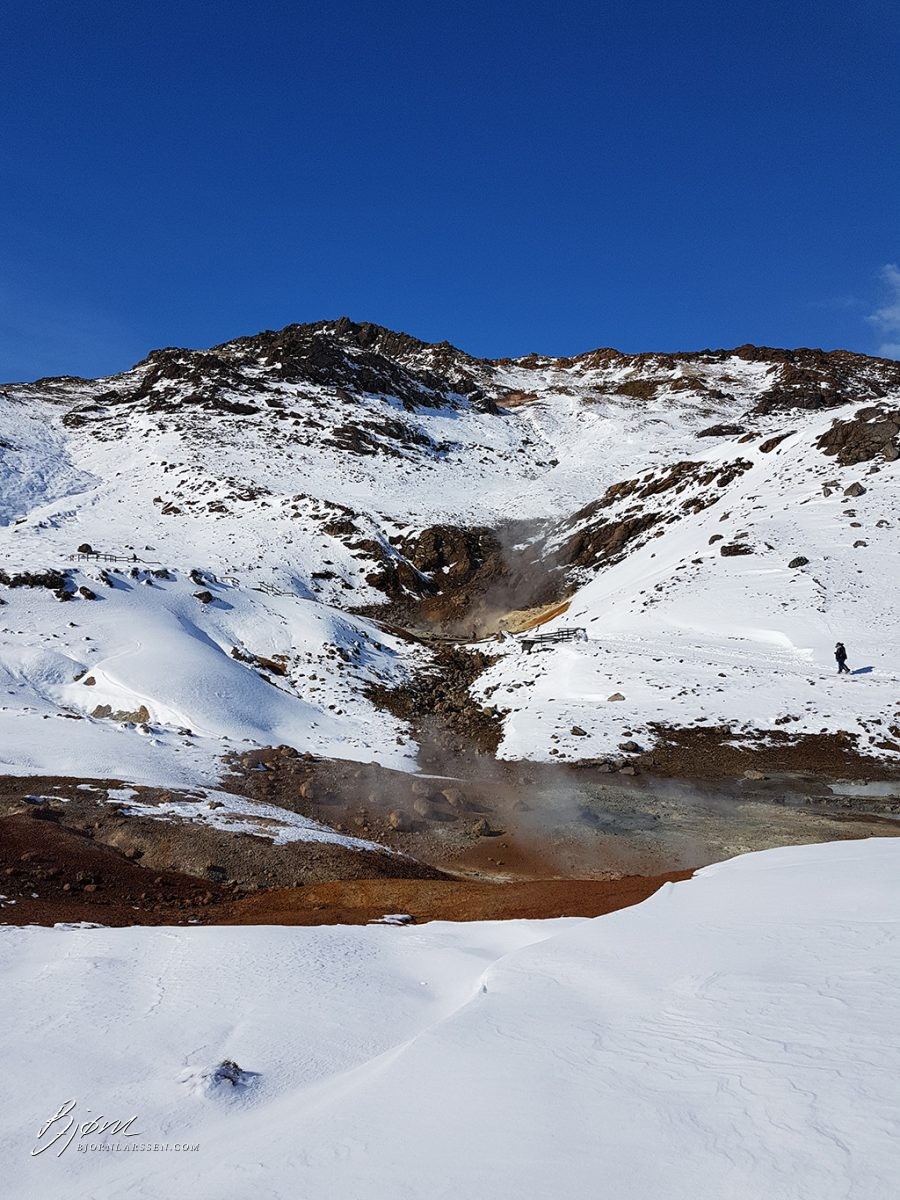 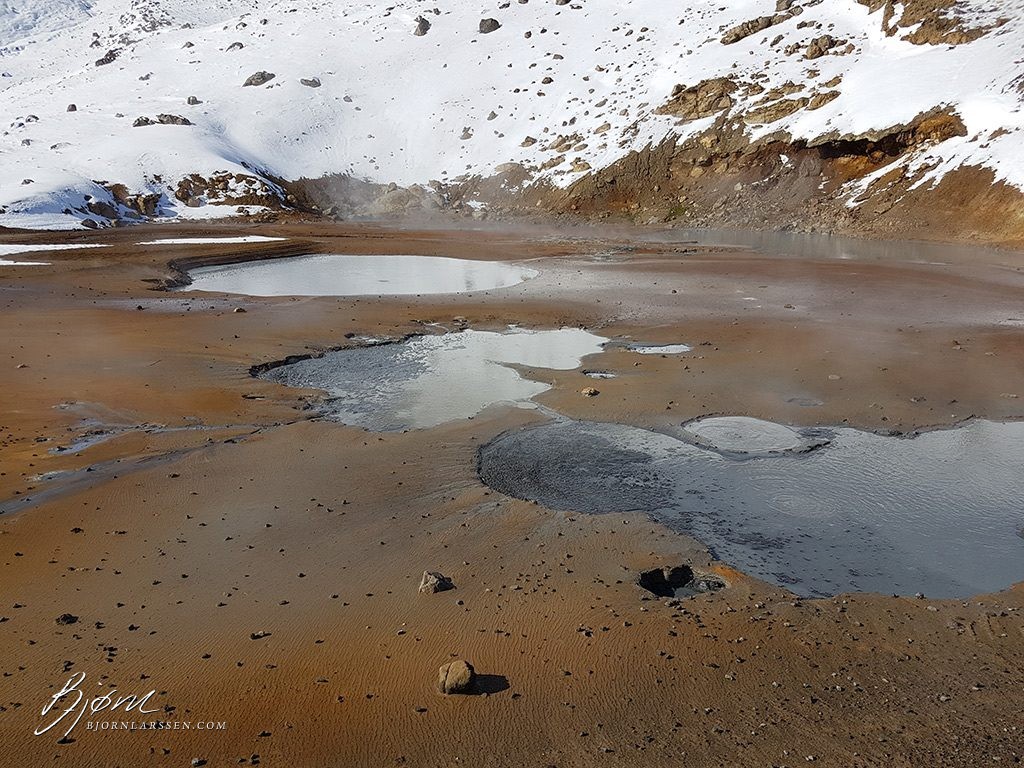 I’ve read somewhere that God was fiddling with the idea of creating another planet, and used Iceland as its beta version. I confirm. This was like Moon. If half of Moon was boiling mud, and the other half snow. Add lakes so blue that our camera couldn’t capture the colour, and randomly distributed mountains. The sun was warm, the snow gorgeous and fresh, the tourists – few (3/4 of them were probably busy expiring on the “DO NOT ENTER” road). If this was supposed to help me fall out of love with Iceland, it really didn’t work at all. Not even the overactive children put me off. I just drowned them. Kidding! I wouldn’t do that! I threw rocks at them like any normal person would, until they cried and ran away. 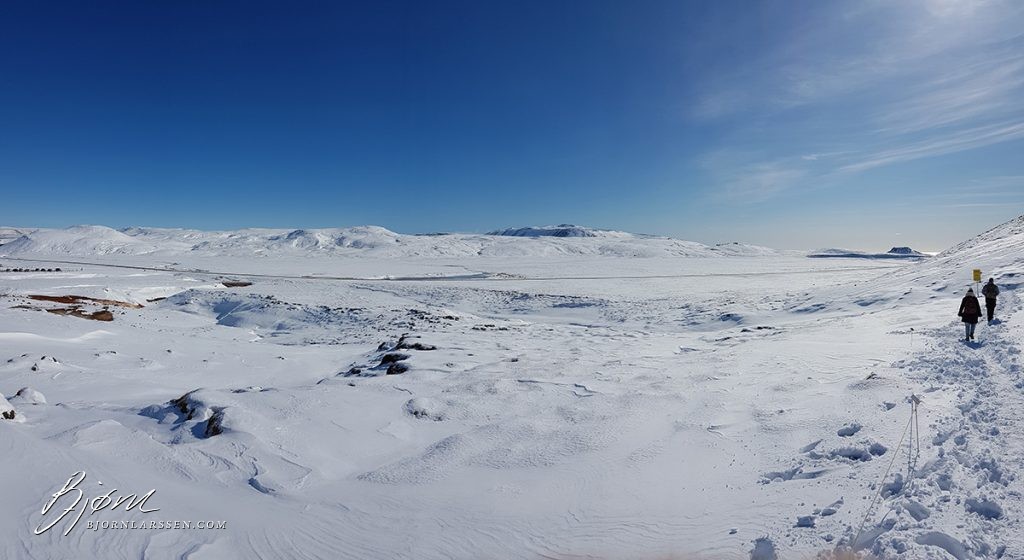 On our way back we parked for a few minutes, because I wanted to take a close look at the Kleifarvatn lake. There were a few cars parked there, and five or six people doing the same as us: admiring. In silence. Not a single word was spoken. None of us acknowledged each other’s presence. We just were there. And this might have been the most magical thing that happened so far. 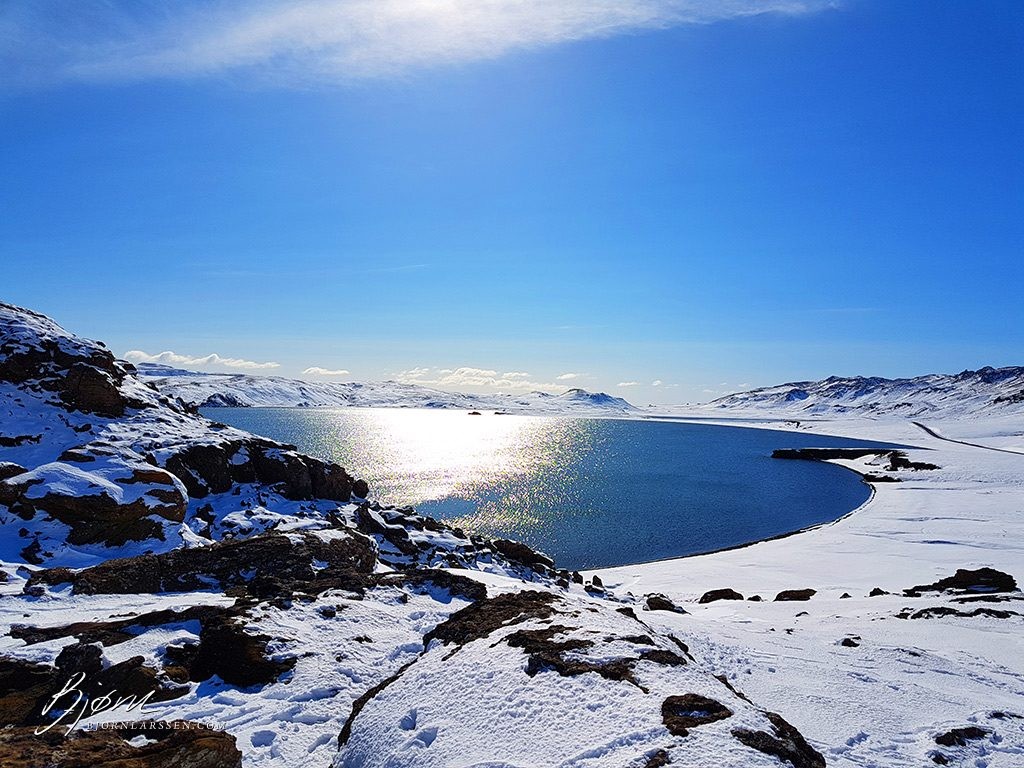 PS. We also bought Harry Potter and Captain America mugs, but I refuse to talk about that.

PS2. My fitness band stopped counting steps and altitude exactly when we arrived at Seltún, and I am going to be bitter about that for a few weeks.