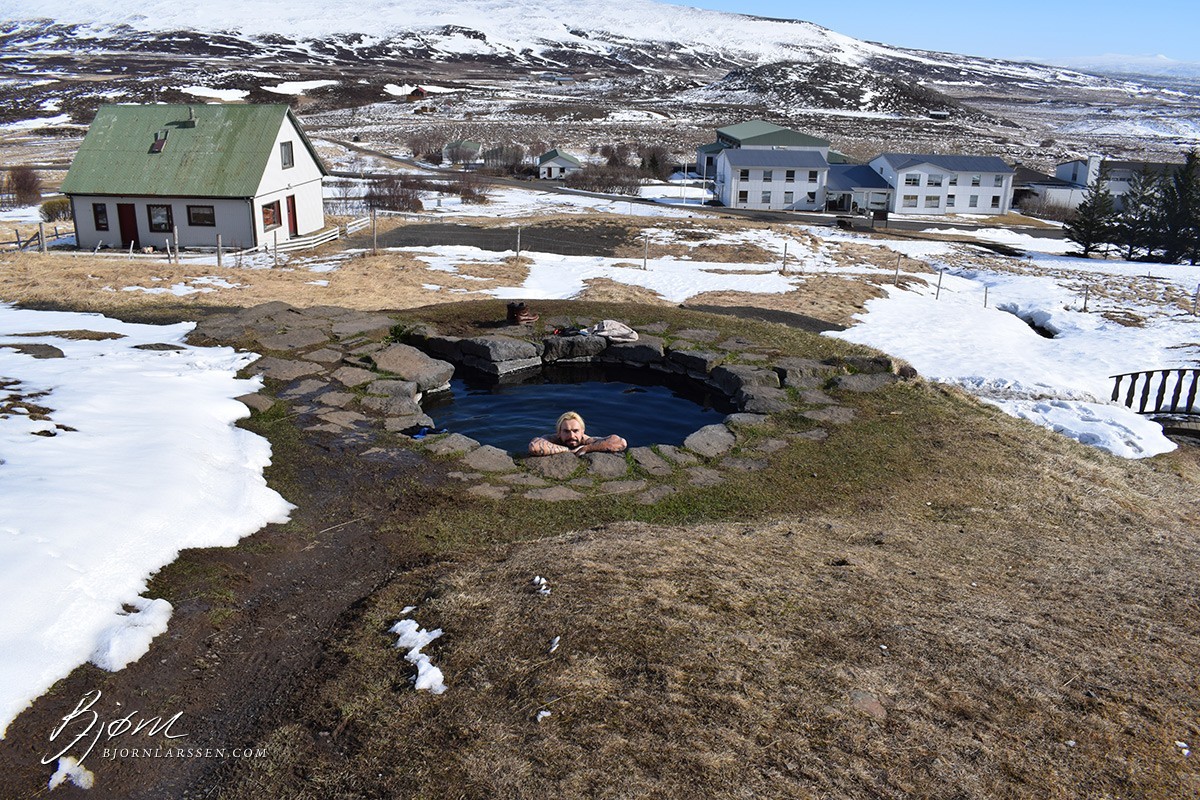 Confession: I don’t really like people in large amounts.

I’ve always wanted to see what being in a hot geotermal pool/hot spring feels like. I’ve also always wanted tourists to cease existing while I was having my bath. This resulted in us taking a 2.5 hour trip (one way) to Guðrúnarlaug, a very well hidden place in West Iceland. 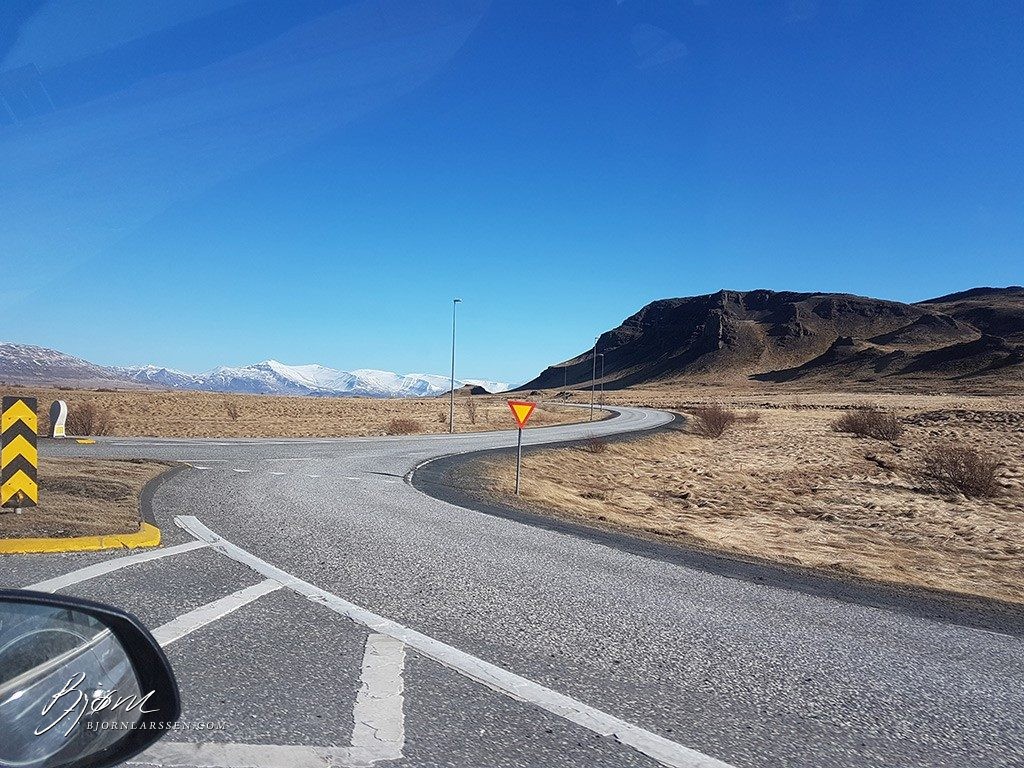 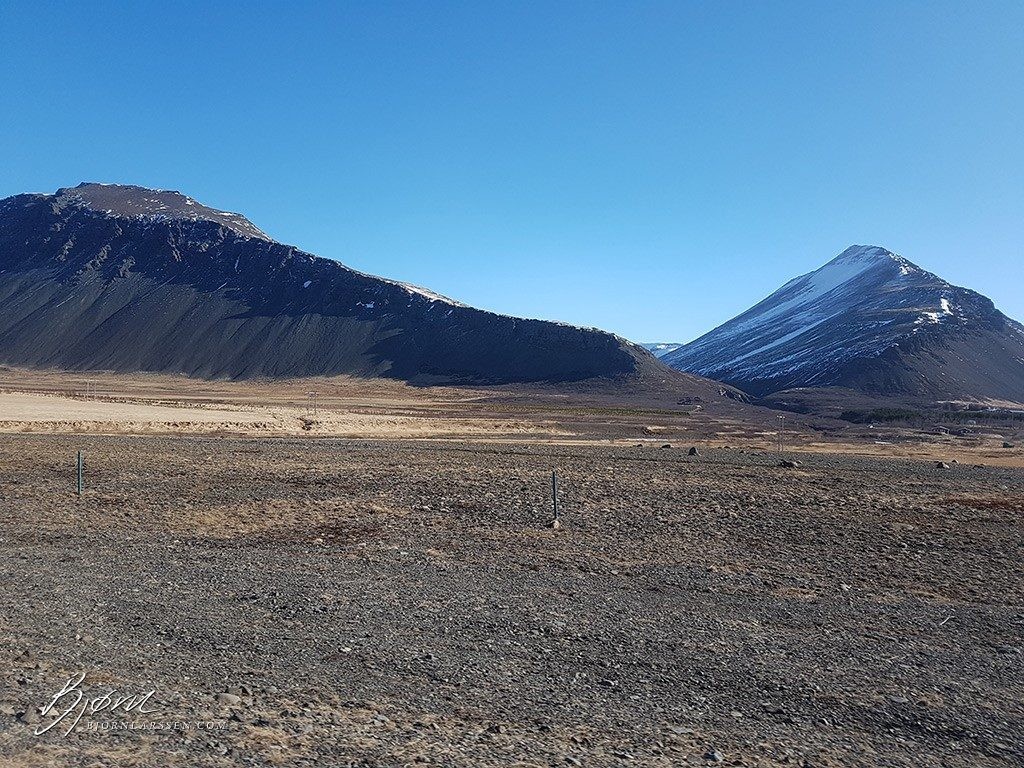 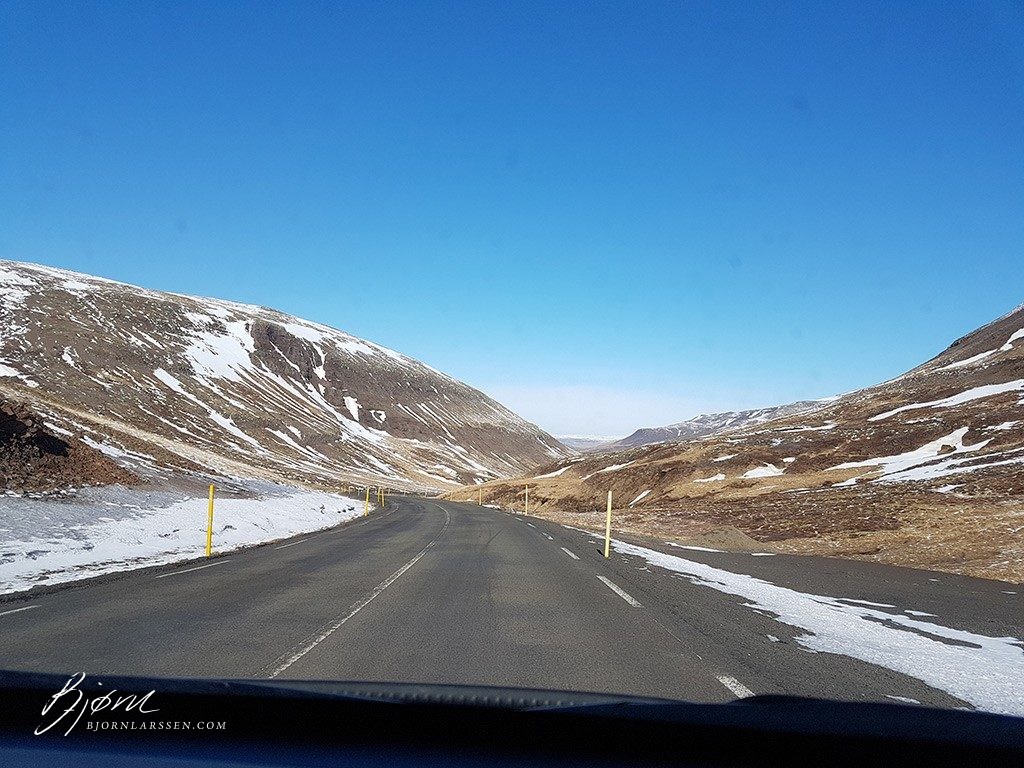 It’s easy for me to say, because I was not the person driving, but Iceland just…shows off. You’re on a motorway, surrounded by all this for no reason other than that Iceland can. And then you find yourself on a brink of actual precipice. Without anything similar to barriers. This country will kill you just because it can, too. Be careful, or be dead.

On our way we stopped by a forest. 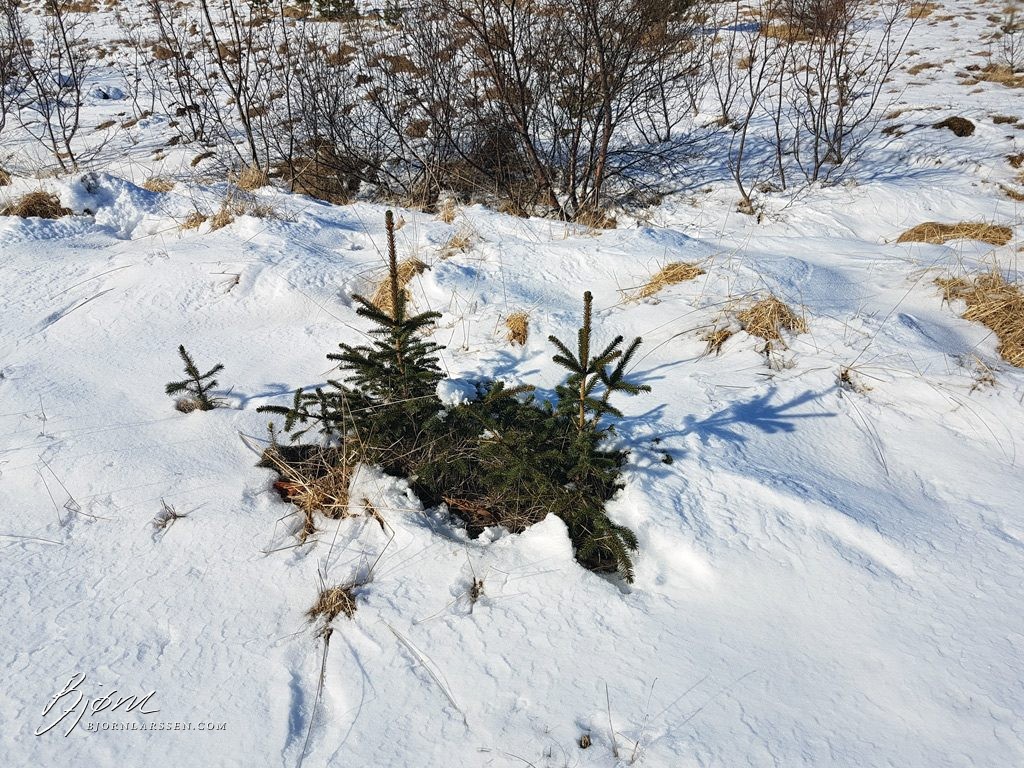 Okay! I admit I am deliberately being an asshole. This is what it actually looked like: 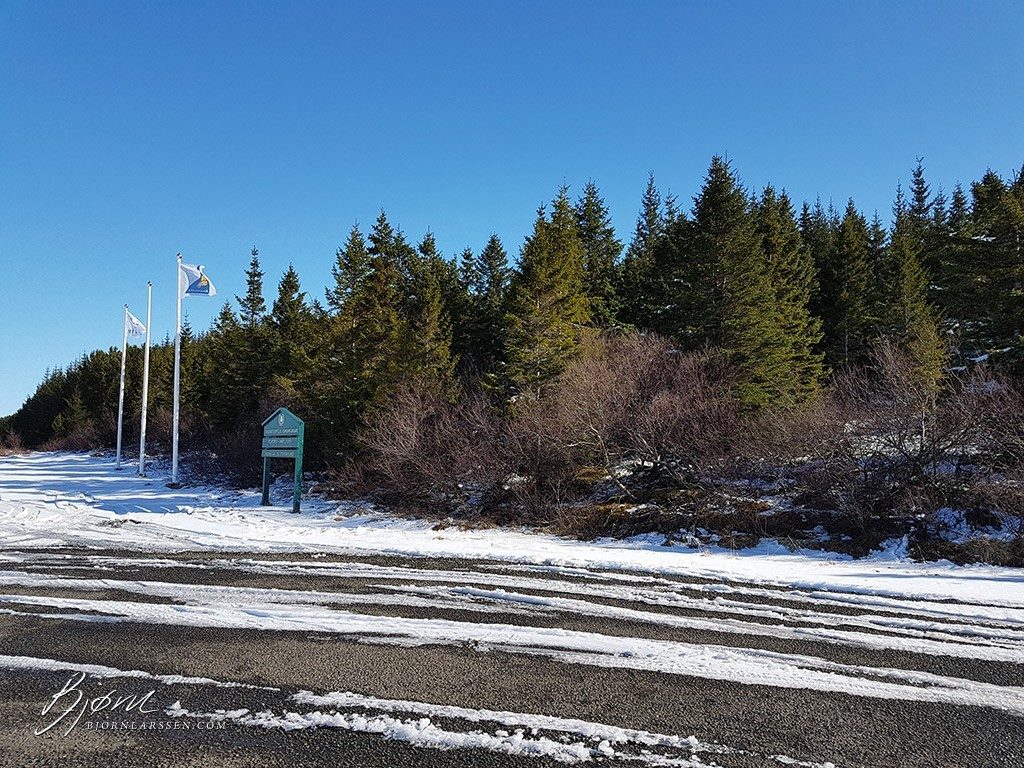 Icelanders are working hard on reforesting the country. The fact that there are very few trees is not connected to the winds and low temperatures, or rather it is the reverse connection from what you would expect it to be. It’s cold and windy, because there are no forests to stop the wind. Iceland used to be a beautiful, tree-y country until Vikings (those assholes) succeeded by Christians (those assholes) decided it was a good idea to chop everything into pieces for reasons that beats me. It wasn’t until 1300 AD that they sort of noticed that trees have left the building, and new ones which attempted to grow were eaten by sheep. (I wish I were kidding.) Despite what New York Times suggests, Jón Ásgeir Jónsson is not the only person working on reforestation. But forests don’t grow overnight, and they start like that first photo. We’ve seen quite a lot of those tiny trees trying to make their way through the rocks and snow, and I guarantee that 400 years from now there will be tons of gorgeous forests around.

But I am actually writing about a hot geothermal pool… 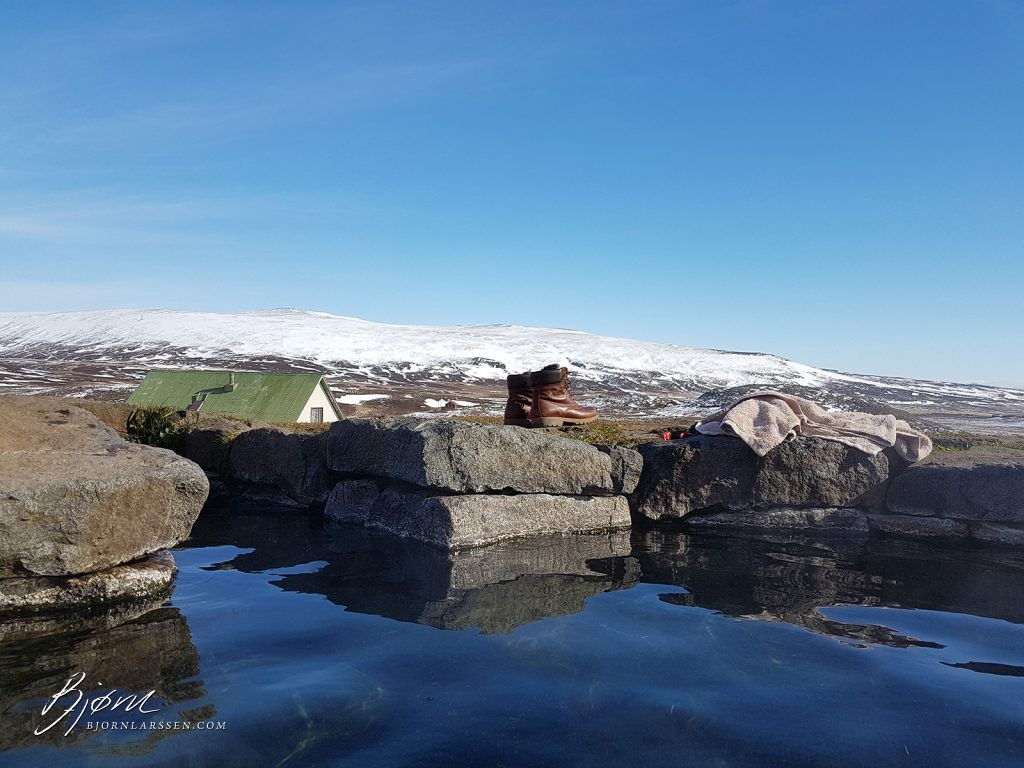 As you have seen on the main photo, it wasn’t very large. It was also surrounded by no people whatsoever. You can’t even see the building on the horizon that had one man going out for a cigarette twice – we thought he was going out for a smoke, because we couldn’t see him well enough to be sure. The air temperature was -1 Celsius (30 Fahrenheit), water – 35-40 Celsius (95-102 Fahrenheit). It was bliss. I could have stayed there more or less forever, but husby didn’t feel like driving at night (by the way, I would LOVE to sit in this pool all night under the moonlight, gazing at the stars).

Personal confession: I needed to pee. I wouldn’t do it in the water – I know it’s a spring, and it would clean itself, and that nature doesn’t have a problem with peeing, but it just felt wrong. So I got out, all warm and wet, and walked behind the little house where we changed. (On our way back we didn’t bother hiding, because there was nobody to hide from.) I stood in the snow. And I peed faster than ever in my life. Then I shouted “Husby! Make space!!!” and very quickly returned to the hottest part of the pool. I don’t know if I would recommend doing this, but it was definitely an unforgettable feeling.

We stopped at Bifröst for coffee and hamburger. If you’re a heathen you know why I had to take this photo. 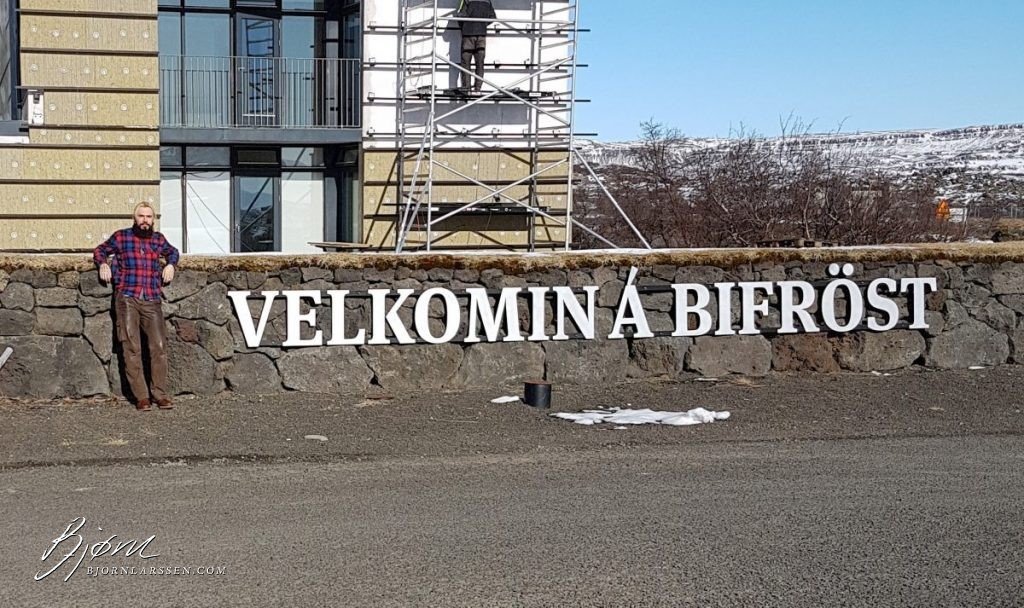 When we got home, I rewrote the scenes where Juana, my American female protagonist, takes her first bath in a hot spring. I am purposefully avoiding any geographical location other than mentioning that it takes quite a long time to get to Reykjavik, so I can’t tell you where exactly she was bathing – definitely not here, since Guðrúnarlaug takes 2.5 hours by car to reach. But I am pretty sure this is how she felt, and I understand why she wanted to come back often.