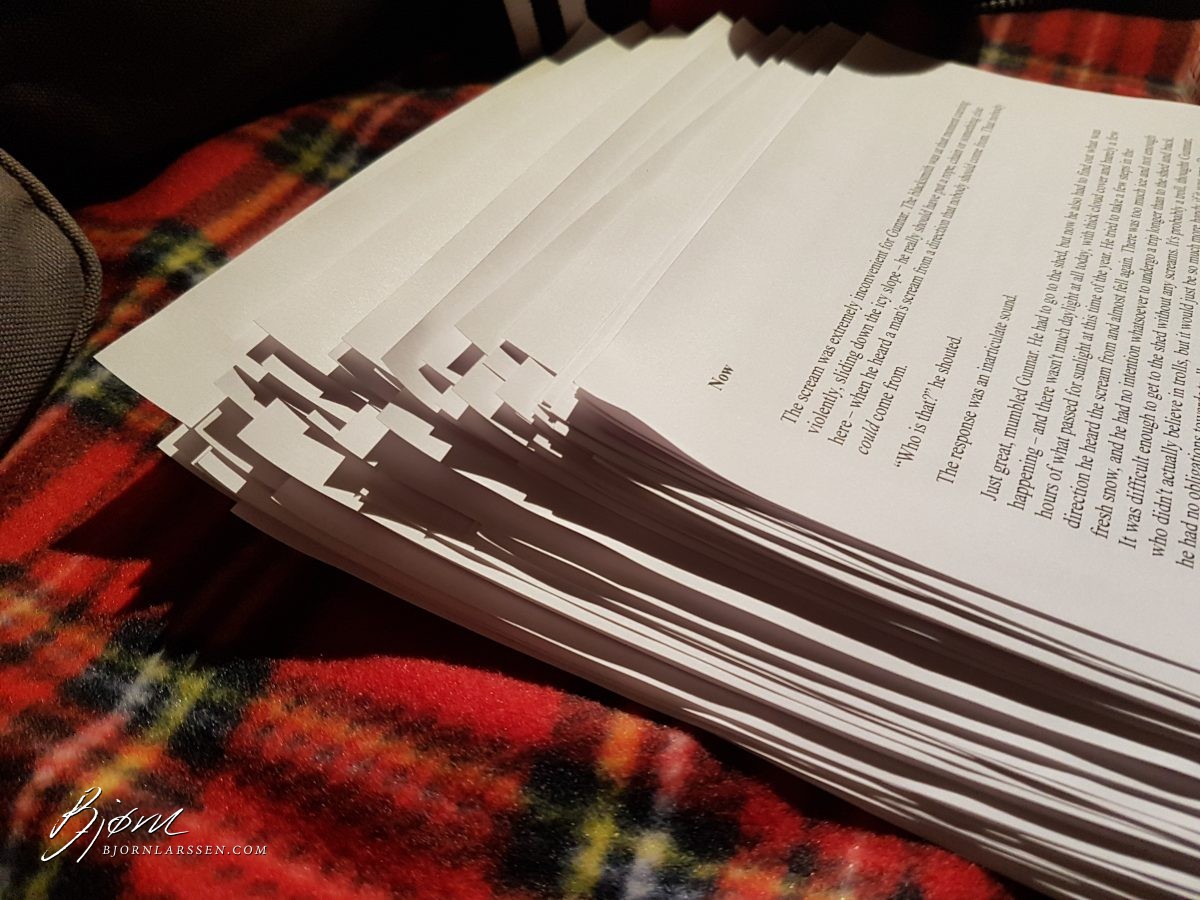 Fuck me gently with a chainsaw, this is a lot of paper.

I just finished writing the first version of the second draft. While the actual first draft was more a vomit of consciousness than anything else – just putting the story down – in the meantime I’ve done some serious research. I now know more about sheep than I ever wanted to, and I believe I am more versed in the history of Iceland between 1880-1920 than the history of any country I actually ever lived in. Unfortunately doing this research made it clear I need to do further research, which in particular is going to involve finding someone at Lutheran Church in Iceland who would be willing and able to help me figure out some timing issues. Namely, how long did education at Latin School, Seminar of Reykjavik and University of Copenhagen take.

Writing the second draft took me approximately three times longer than the first. When I started, it was all about the story; just getting it out of my system. The second draft involved using the results of my research. It still skips over a lot of detail – it would help me to actually go to Iceland, pick the exact location, take fucktons of photos and videos so that I would be able to accurately describe the landscapes. But it makes much more sense (I think). I was initially worried that Iceland would end up being a wrong place for my story; I needed to place it within a certain social context that could have existed there within my timeframe or not. It turned out that 1) it did, but 2) not in the way I imagined it. Therefore the first and second draft are similar, but very different.

A few new story arcs popped into my head as I worked. “Oh,” I would say to my husband, “I just came up with a brilliant twist for the ending!!!” Or: “I just decided that she is not going to die after all!!!” This happened at completely random moments – while I was taking a shower, cooking dinner or changing into pyjamas. (Coincidentally it also made sleeping troublesome, because I would write for twelve hours, then continue in my head while I was trying to fall asleep.)

Some background information: over 1.5 years ago I suffered a physical injury which left me with chronic pain, often unable to complete tasks such as lifting a heavy shopping bag or walk for extended periods of time. I also have bipolar disorder. Surprisingly, both those things prove to be advantages for me – sometimes. In hypomanic stage of bipolar I work for 12 hours non-stop without realising I’m doing it, then I look at the clock and get a mild shock. Mild depression confines me to the sofa, but still allows me either to write or continue reading for research purposes. Deep depression, however? You don’t write or read in deep depression. You breathe – with difficulties – and wait for the night to come so you can go to sleep. The injury made me unable to continue my work as a blacksmith, but I used the experience I gained to write about Gunnar, one of the two main protagonists – who just happens to be a blacksmith suffering from depression. They say everyone’s first novel is autobiographical. Mine isn’t – I’ve never been an Icelander living in a tiny village at the beginning of the 20th century – but there is a lot of me in the book.

I am now, again, left with the odd empty feeling of having finished the story. My characters did their jobs. Death, love, fire, violence, sheep, fish, a heavy anvil, all things involved are done and over with. Do they all live happily ever after? I don’t know. It’s an odd feeling. Maybe that’s how trilogies happen.