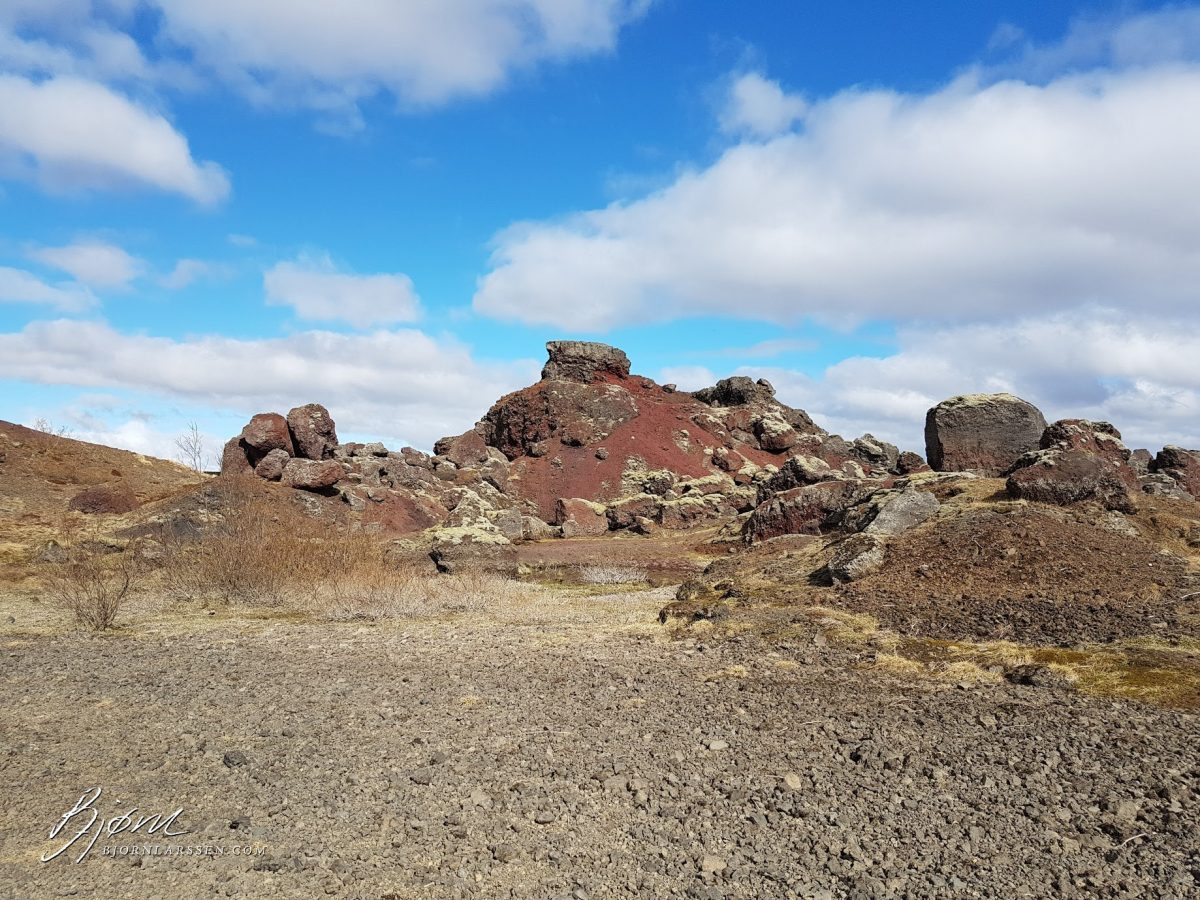 I found out about Heiðmörk’s existence from Bart (as an aside, I found out a lot of things from him, many of them NSFW and not suitable for this blog). He said it’s going to be a nature reserve, people-free, and look awesome. Heiðmörk delivered on each count. 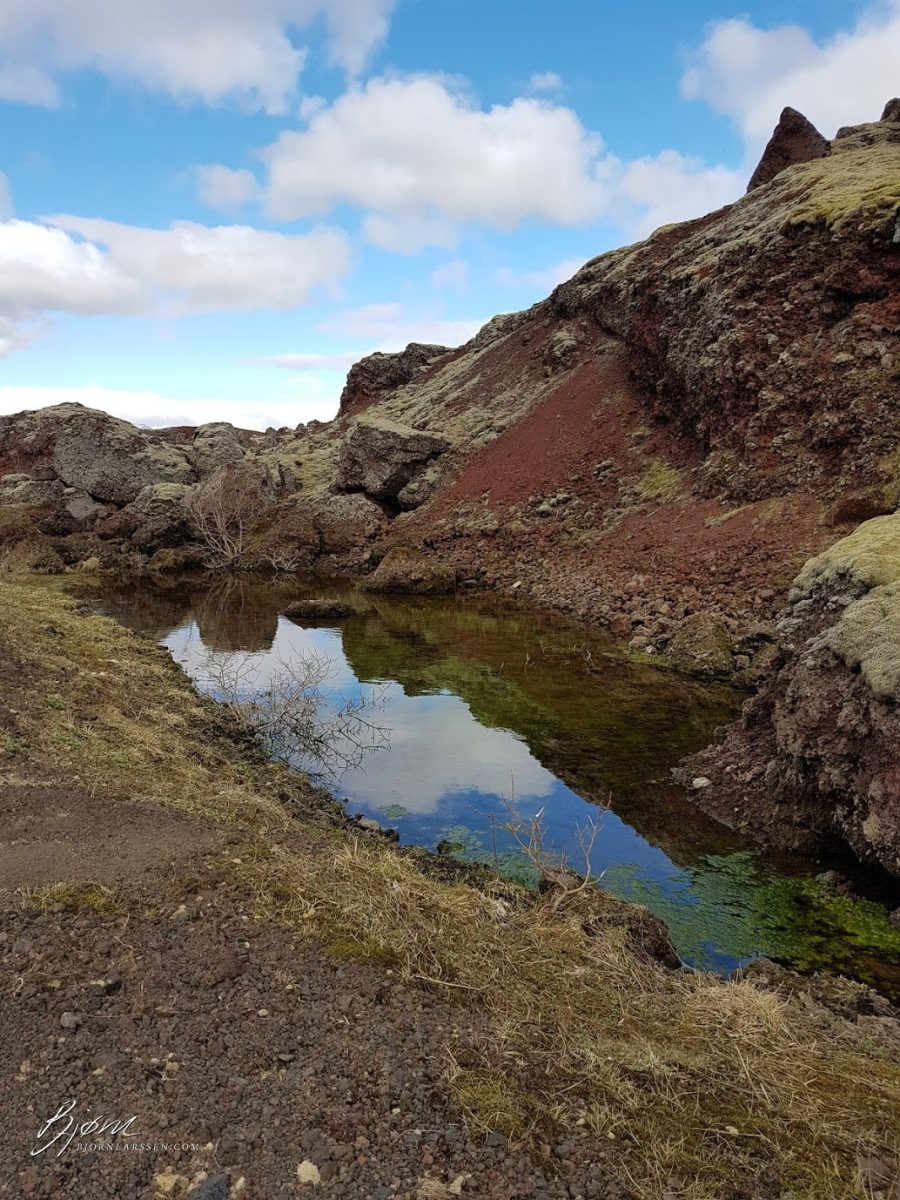 The comment I read about God using Iceland to make a beta version of a whole different planet, then sort of getting over the idea and leaving it there to attend to more important matters… Heiðmörk is the only proof you need to know it’s true. It looks like I imagine Mars to be. Except more interesting, and with that magically clean air. My book takes place between 1885-1920, and I can’t imagine people who were often losing toes and fingers to frostbite, or found hardly any fodder for their horses got super excited about the quality of air, or beauty of places as Heiðmörk. In 2018, it feels like magic.

Let me try and give you an idea of the scale. A small idea, because we didn’t have fisheye lens. 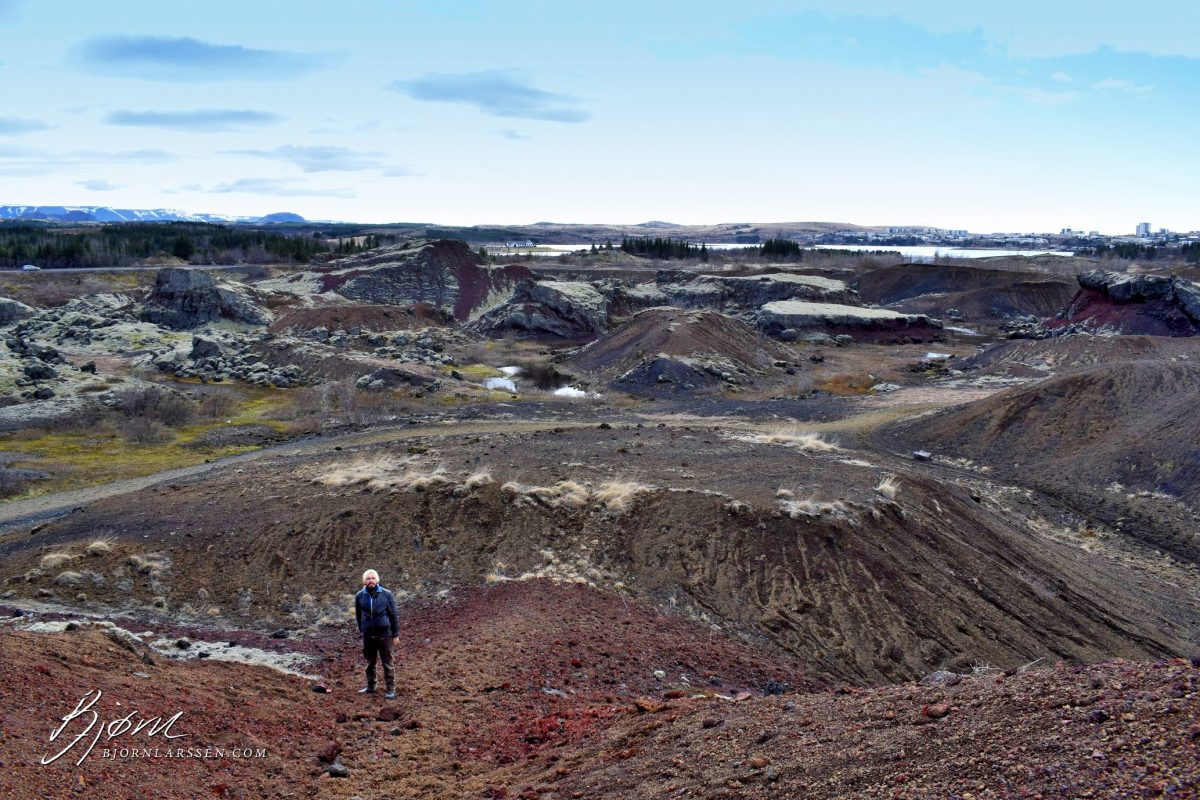 And here is what I was looking at: 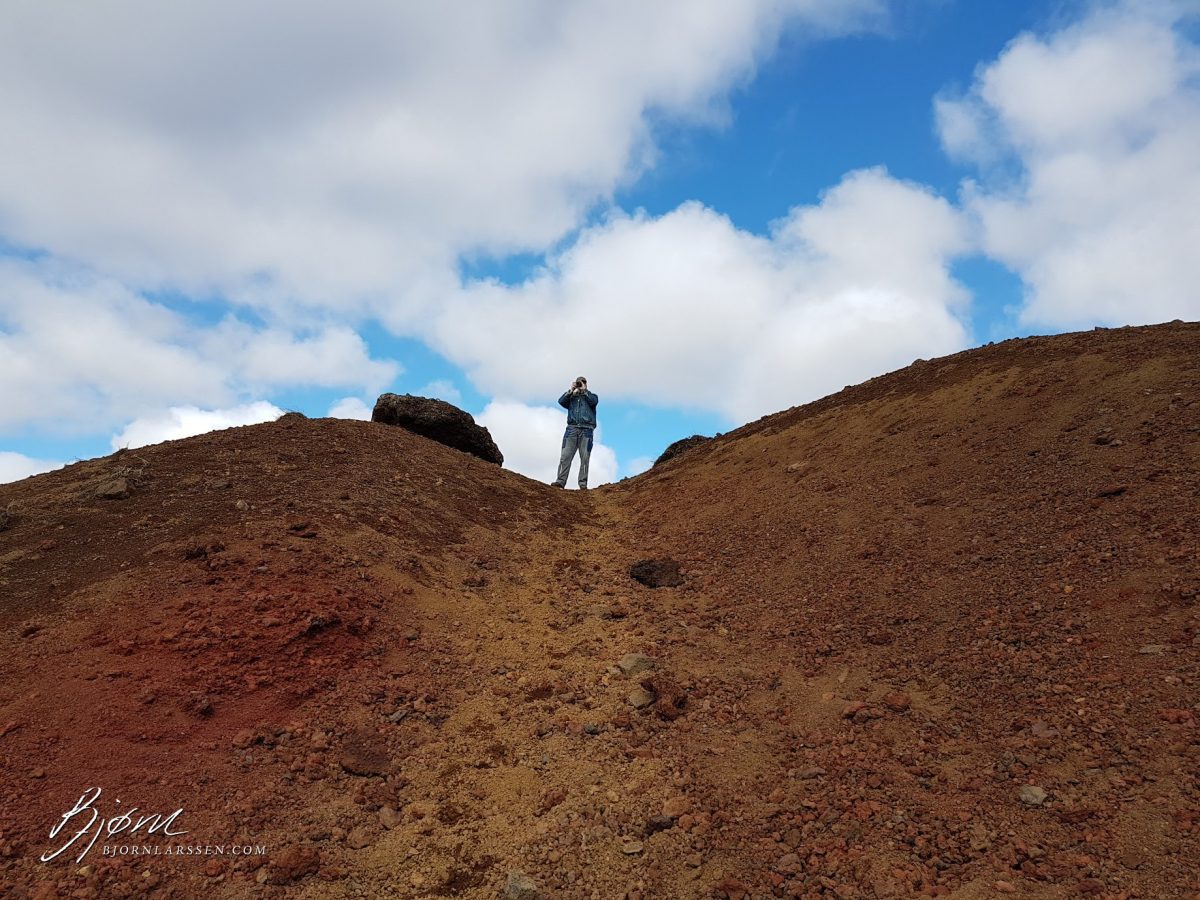 Iceland in late spring and summer (although technically, of course, April 18 was the first day of Icelandic summer…) is covered by lupines. Billions and billions of relentless lupines. Seeing the same place without them made it almost scarily different. That feeling you get when you bump into a friend, and he’s lost his long hair, replaced the leather jacket with a suit, got botox, sold the motorbike and bought a Mercedes, and his girlfriend is no longer Natasha with the dreads, but Amal with the suitcase. You know it’s still your friend George, but you keep on being tempted to ask if he is sure it’s him.

Here, for comparison, is a random photo of Heiðmörk in June 2017. 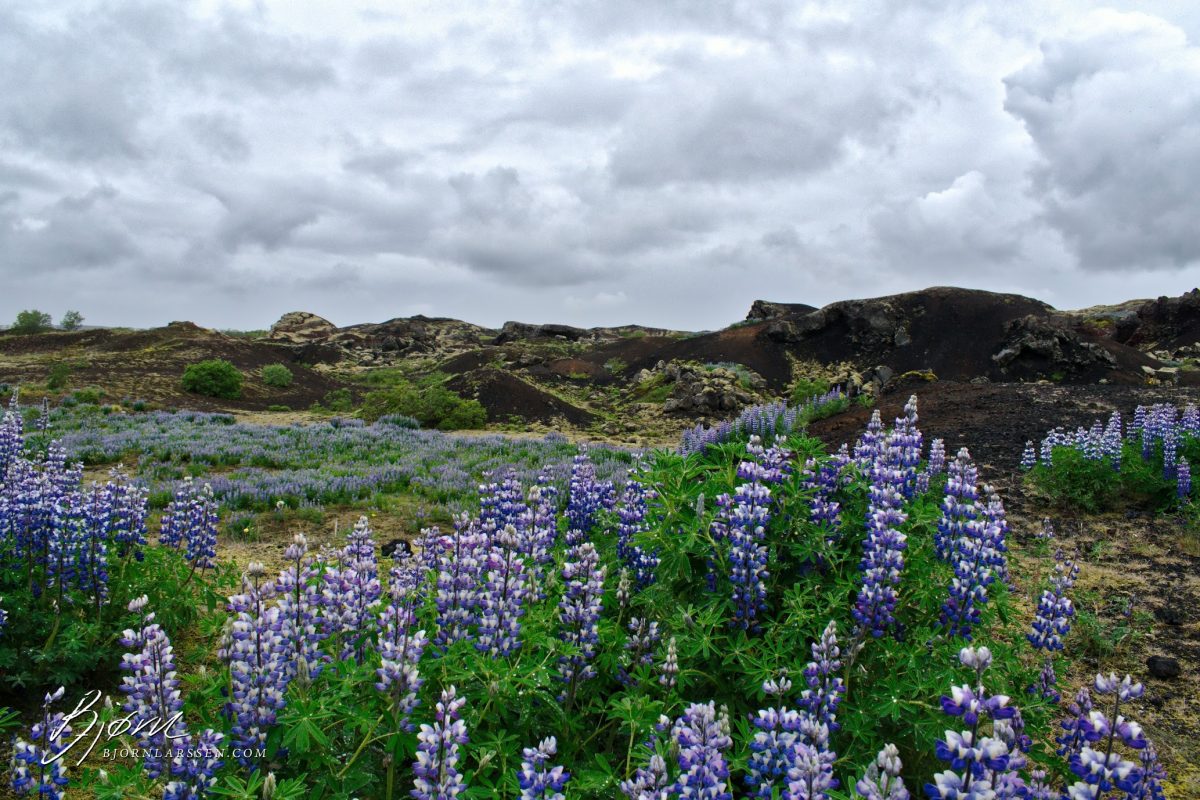 The entirety of Heiðmörk is 3,200 hectares, and apart from all the Mars landscapes it now is the home to a pretty impressive forest, more about which in part two. But I can’t resist telling the anecdote anymore. Helga Maureen’s father, when faced with the perspective of being forced to live in a country with trees in it, said grumpily “I don’t know why they have to put dem forests everywhere! Now with all those trees you can’t see the landscape at all!”

In general Iceland is a place where I want to go simply so that I can hide from people and not see any of them. In Heiðmörk there quite a few people, but I didn’t mind too much… 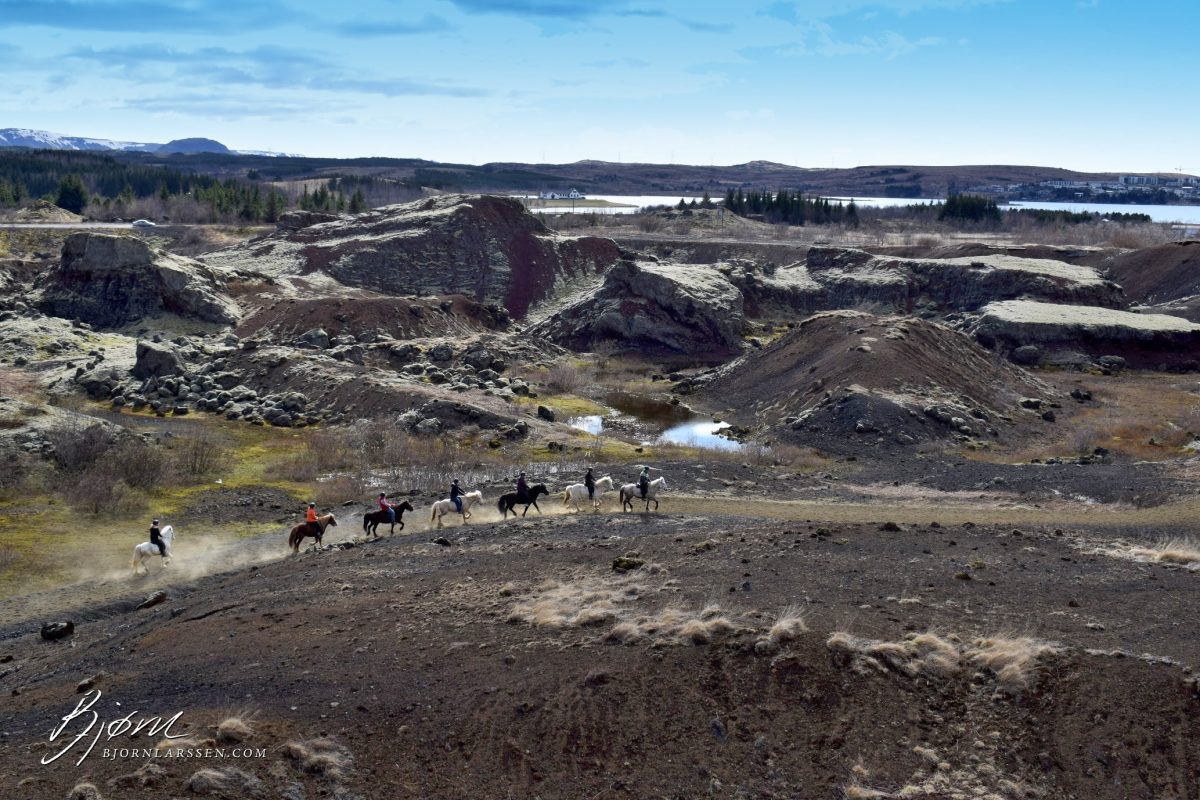 We went horseriding at a completely different spot, but this would have been perfect. Imagine being on a horse, peacefully (if painfully) trotting through Mars. My list for next visit is already filling up, and we won’t be able to afford another visit until someone finally buys all my internal organs from eBay.

Before finishing part 1, here’s a look at something. The colours and shades of lava are incredible. You can see them on those pictures. Not much Photoshop had been used, other than bumping the exposure and fixing some of the burn-in of the sky. And I am posting this photo without a single bit of Photoshop below. All those lava colours exist in the nature. Some create gradients. Purple, orange, red, brown, black, grey, yellow… This alone is sufficient proof for me that nature felt extremely generous, and perhaps a tad tipsy, when creating Iceland.

“Yeah, I’ve got all those colours… how do I pick just one or two… oh what the hell, I’ll just give them EVERYTHING”.

“But what about other countries, mom? They like colours too!”

“I told you not to call me mom. It’s MOTHER Nature. Also, bugger ’em. They can do with grey and brown. I like this spot particularly.” 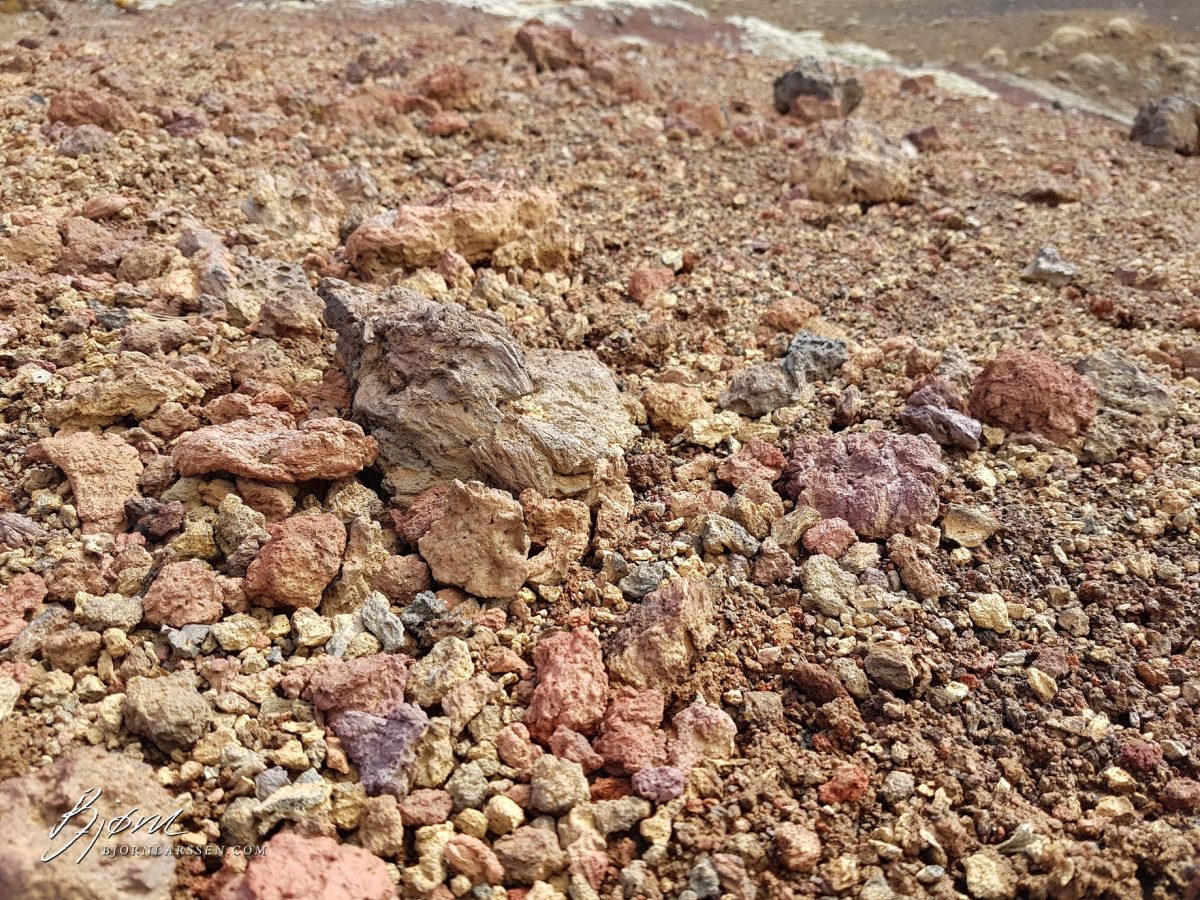 In part two, coming soon, I will introduce you to a proper Icelandic forest… and the photo books… and the calendars… but let’s not get carried away. Yet.