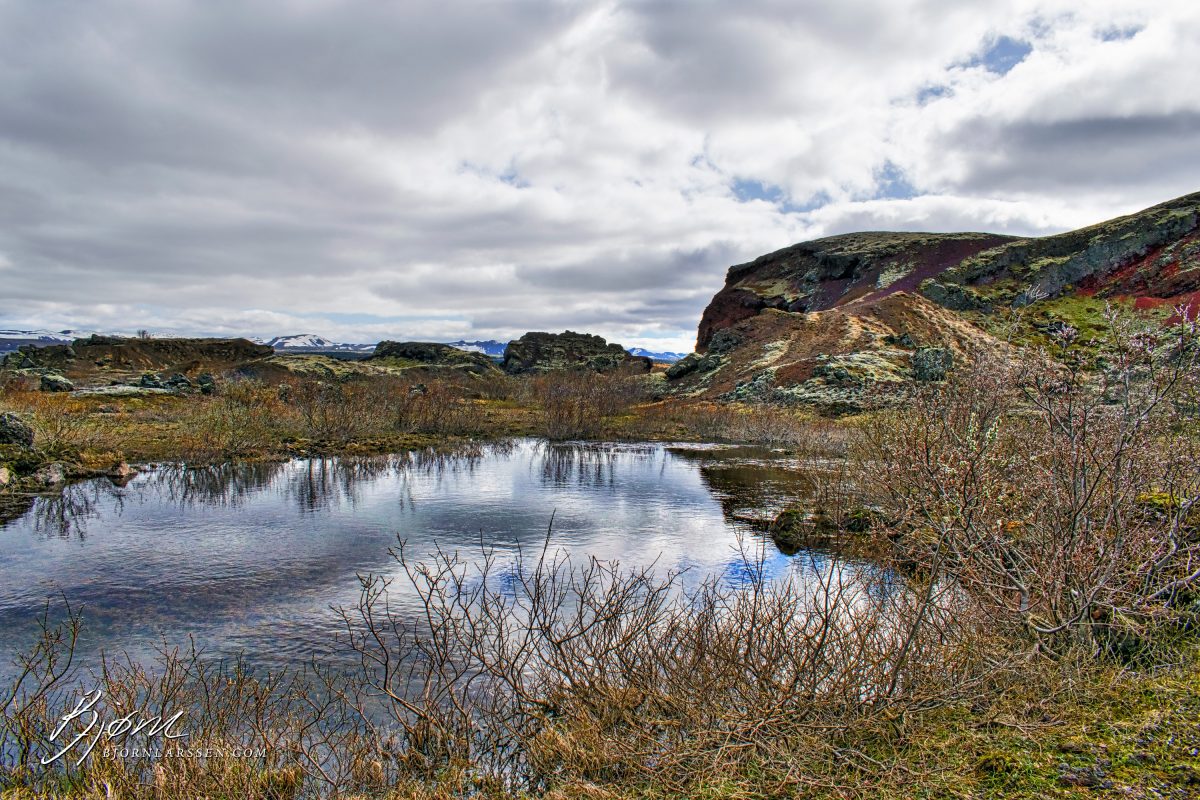 In the first instalment we covered the rock show – time for the part I missed first time around.

We got back in the car, and instead of going back we drove further into Heiðmörk, and discovered one of Iceland’s famous forests… 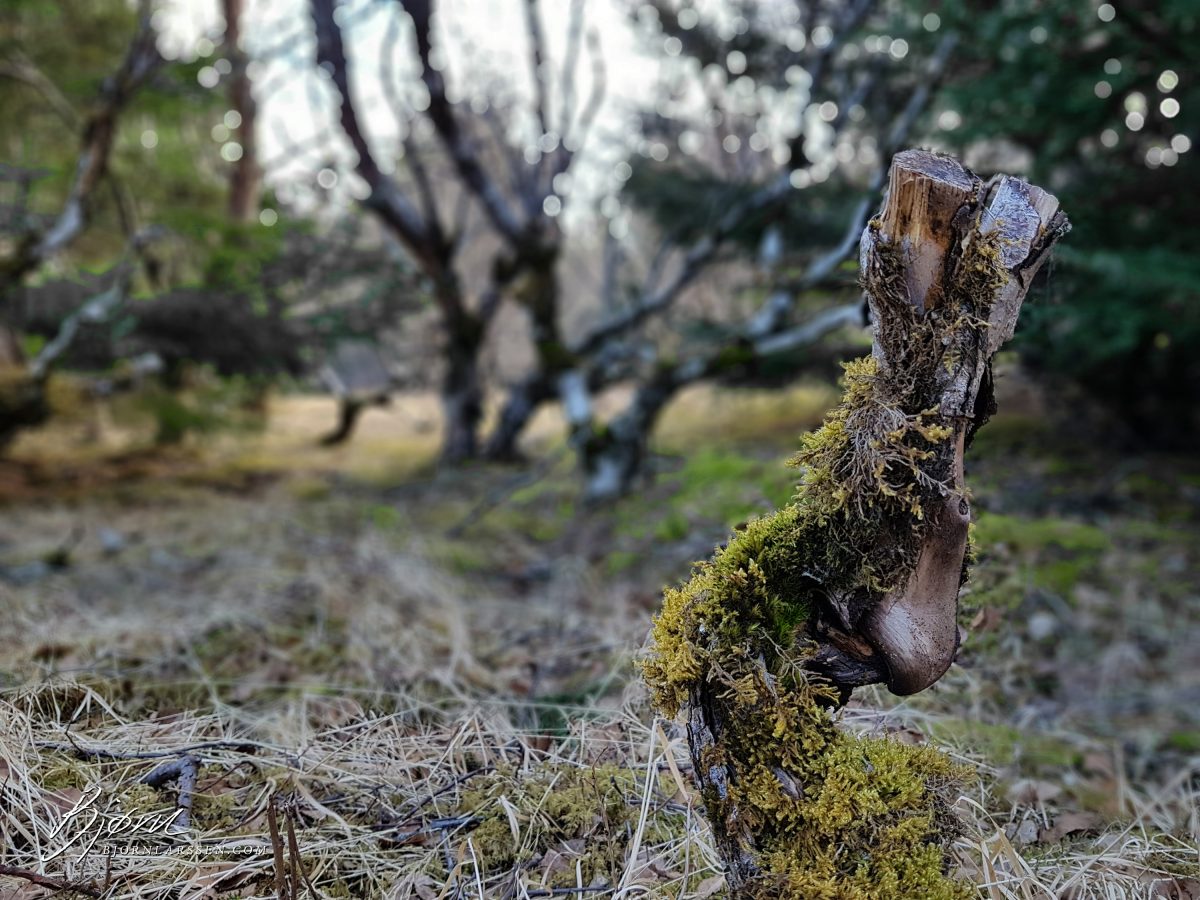 (My apologies. I will totally do this again.)

The Icelandic Forest Service manages 53 forests, and boasts about the fact some of them are open for public access! This is only funny to people who are used to forests being everywhere. But until really not that long ago (separate post coming) Iceland had no forests, and driftwood was prized possession. (Generally awarded to pastors and bishops.) The foresting is a relatively new thing for the country. Same as public transport outside the cities. (Separate post coming…)

Anyway, because I got completely off-topic… Heiðmörk is one of the places that have forests all of their own. 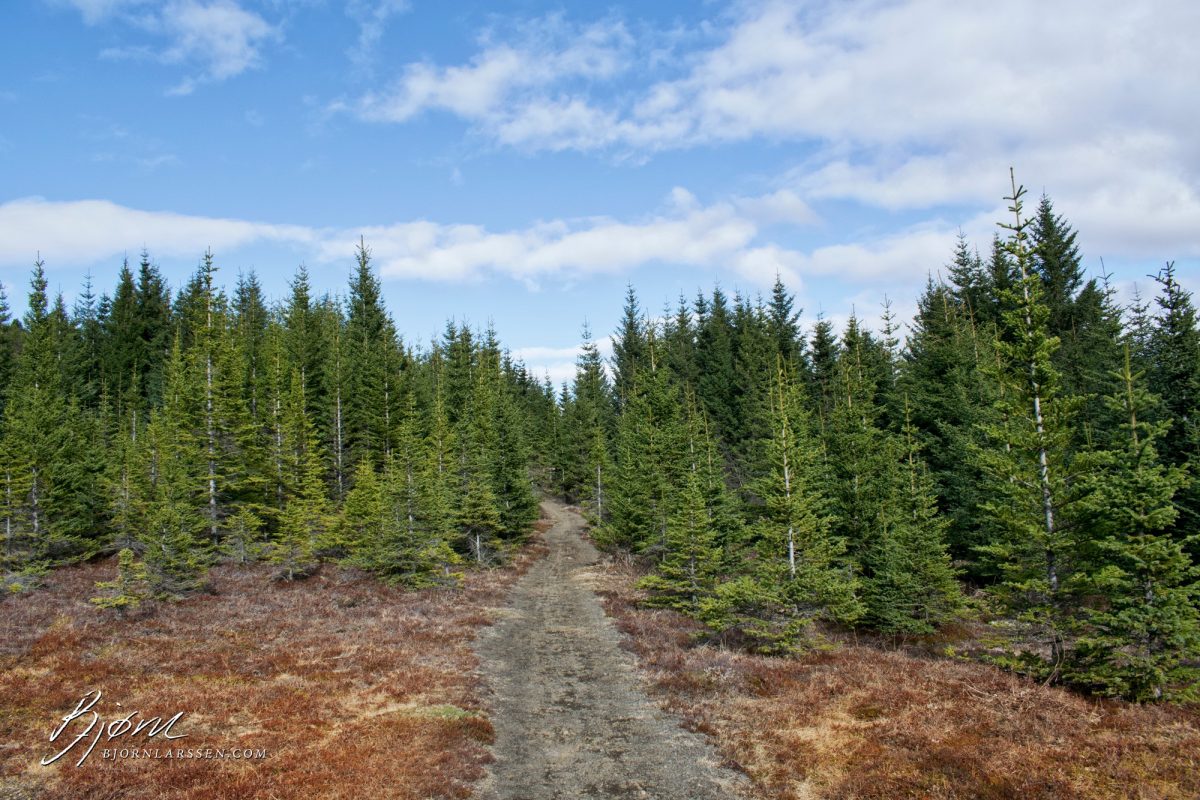 The interesting thing is that when you walk past the trees and take a closer look, the ones that took guard in the front row are damaged in interesting ways. The branches only grow in one direction. Obviously the winds have either broken the other branches, or just bent them until the tree became completely asymmetrical. Further rows have been protected by the forerunners (“shield wall!”) and look like, well, trees. I haven’t taken any good photos of this phenomenon, and now I’m rather upset with myself. Oh well. I have to go again. See? Perfect reason. My blog readers deserve a good photo of asymmetrical tree! *buys tickets*

As we continued our hike, we saw the Esja mountains. One of the things that blow me away the most about this country is the mix of modern and ancient. You have a lovely view of Esja from Reykjavik’s coast. Specifically, from a quite busy road which also houses, ahem, not very pretty buildings, and the Sun Voyager sculpture. This is what it looks like from a natural reserve most people don’t know exists… but somehow on this particular photo you can see my future house really well: 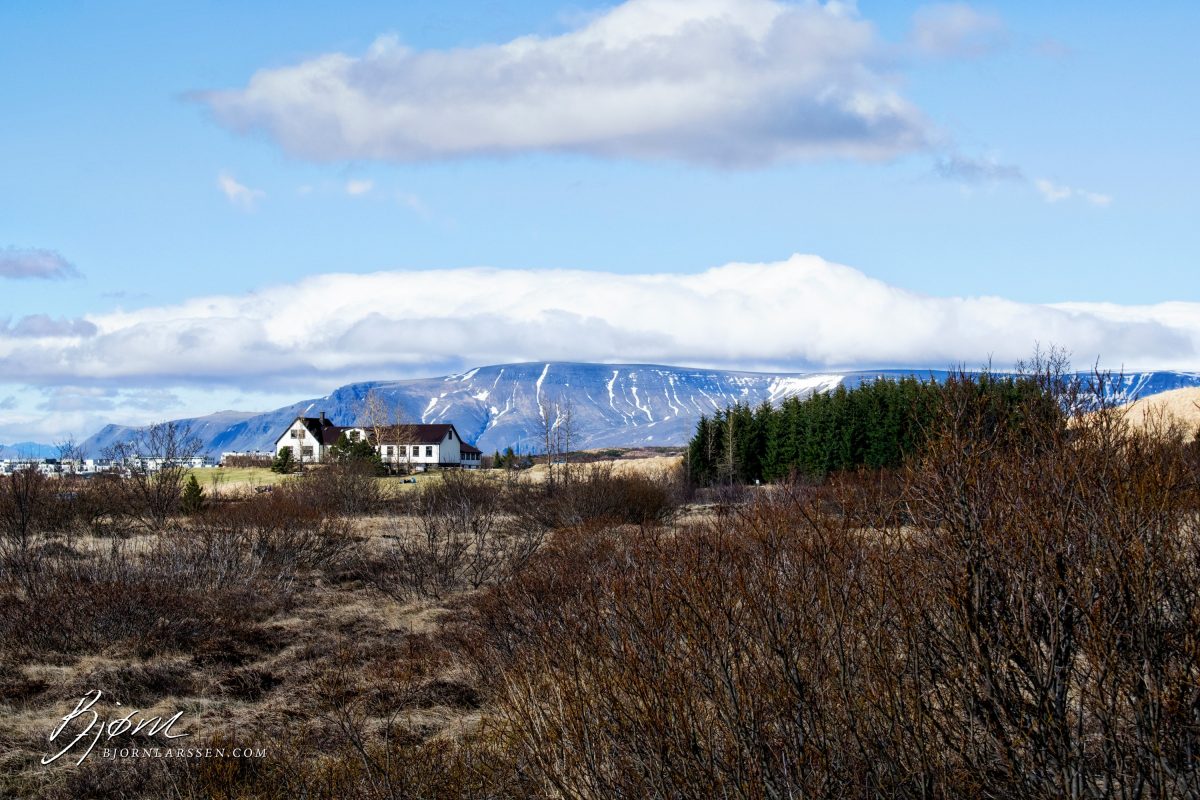 I’ve been posting a few photos on my brand new 500px page, and I tagged the pictures from the rocky part of Heiðmörk as “another planet”, “alien”, and “magic”. I’m aware that the scale of my obsession with Iceland terrifies half of my friends and makes the other half screen their calls in case I ring, but how can I resist this? 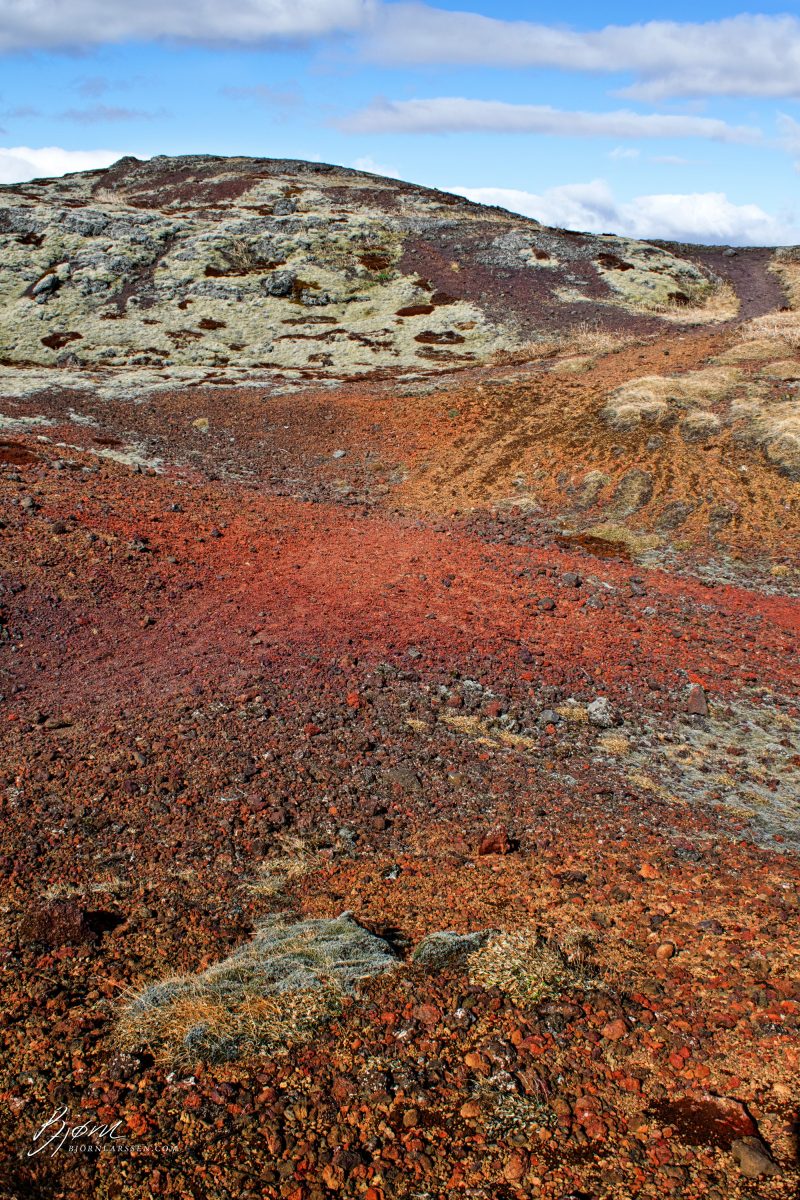 To finish the Heiðmörk section, although I could go on, a photo proving that not only have I visited a forest, but also sat on a bit of it. 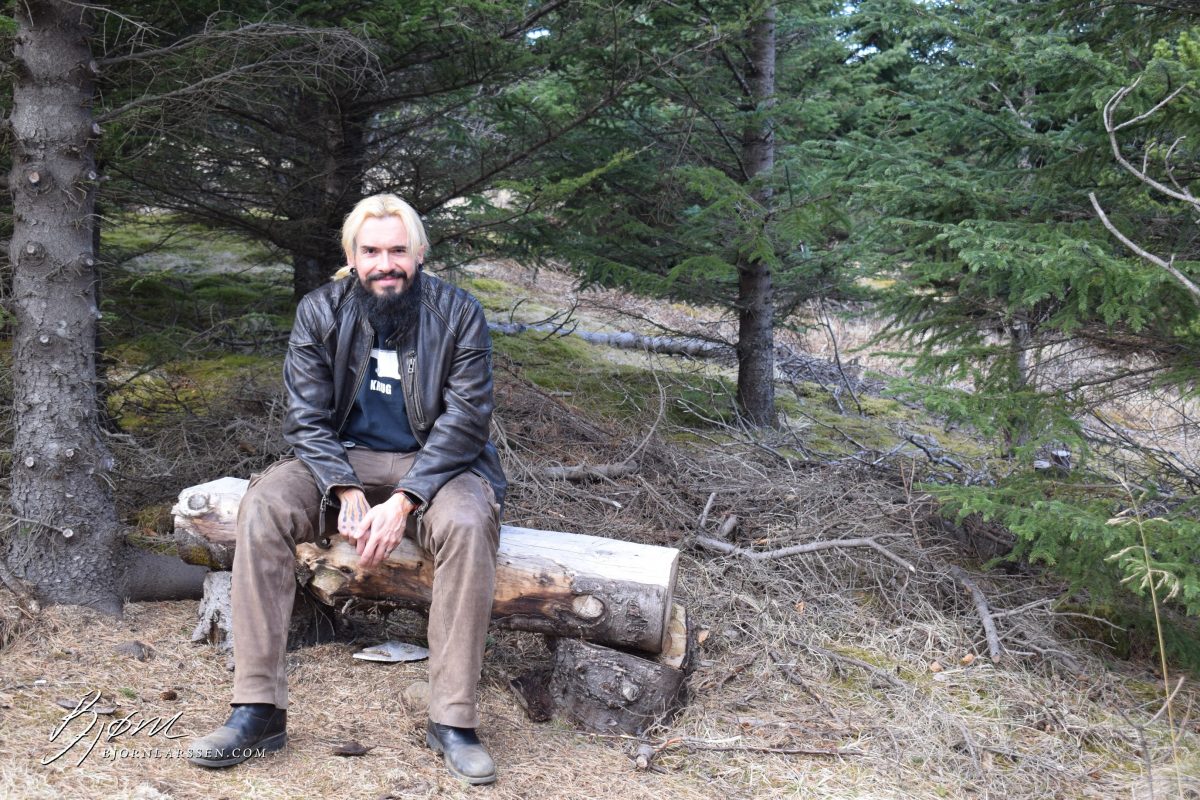 Please note that I cleaned and waxed these boots before leaving the house.

I mentioned that calendars, photo books, etc. are coming. They are – the book is currently being printed. More about it soon, and in the meantime feel free to take a look at the 500px page with selected photos and galleries. More are coming. I’m not sure if this is a promise or a threat. All this, again, is going to be a subject of a separate post…