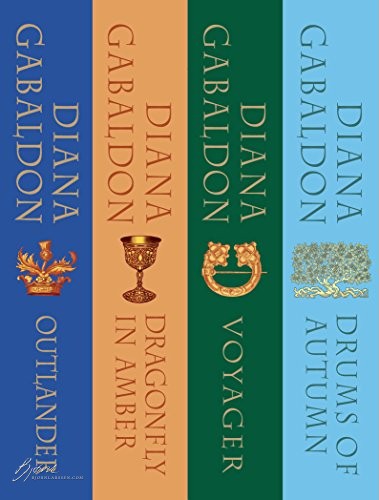 Confession: I have a Scottish fetish. To be more precise, it’s Scottish accent/dialect fetish. I need subtitles to understand what, say, Sharleen Spiteri says in interviews, but damn, does she sound amazing! When I found out Outlander, the TV series, existed I just had to jump in. Scots! Kilts! Someone called Jamie that apparently is worth watching!

I managed three episodes. I think the first moment when I winced in second-hand embarrassment was when Claire consumed a mug of broth as her only meal for the day, then refused breakfast. In the next scene she brought Jamie a nice picnic basket. While I understand that Claire is magical, since she travelled back in time… oops… spoiler alert… I was not prepared to see her magicking a lunch basket out of thin air. Scottish accent or not, my writer’s mind kept screaming “this makes no sense!!!”.

The second and last bit that made me facepalm so hard I gave myself a bruise was Claire’s excellent plan to become the best doctor she possibly could in order to prove to the Scots they should get rid of her as soon as possible. I would compare this to a mouse going to hang out with a cat in order to prove that cats don’t eat mice. It actually made me yell at the screen the same way I used to when watching True Blood and yelled “y u so dumb Jason Stackhouse!!!” I couldn’t go on after that.

None of those things happen in the book. Claire is more or less forced to become a doctor, and she’s just doing her thing while waiting for a good moment to escape. The lunch basket is explained in one sentence – she goes to the kitchen and asks if she could get some lunch for Jamie. I don’t see how magical baskets and amazingly stupid plans improve the story, but hey, I only managed three episodes. There’s a good chance she hit herself on the head as I blinked, or something.

I’m a member of various writer groups. I asked in Writer Unboxed how to write non-cringeworthy sex scenes. One of the commentators recommended this post from The Crusie Theory, which made me laugh out loud when I got to the bit about “IKEA scenes”. Because this is exactly the reason why I tend to skip sex scenes in books.

They are not about what the characters are actually doing (unless you’re writing erotica; then have at it). Chances are that anybody who is reading your sex scene has either had sex or seen it on cable TV.  Therefore writing Ikea scenes (“Put tab A into slot B, use enclosed screw and wingnut . . .”) is ineffective because that’s not where the rush is.

In way too many books, after approximately five pages of IKEA sex a mindblowing, life-altering, universe-shaking orgasm is achieved. “There,” mutters the writer. “Done. Phew. Now my editor will stop telling me the books aren’t sexy enough. I still have to put that bookshelf together though.” (Does not apply to erotica and steamy romance, obviously!) The recommendation I was given was to read Diana Gabaldon‘s I Give You My Body as a primer on writing good sex scenes. I shared my feelings regarding Outlander, and someone asked, “so…you’re judging books by TV series?” 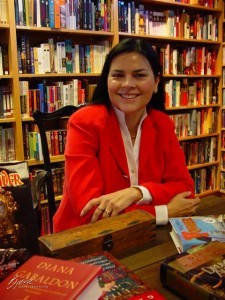 A few weeks later I did, reluctantly, start on the first book in the series. I was shocked to discover how similar the TV series and the book were. Almost everything made it from the pages to the screen. Almost. The continuity mistakes and Claire’s amazing intellect were not Gabaldon’s ideas. But there’s more: the books are hilarious. Claire’s wry, British humour made me laugh out loud. Of course, none of that was present in the series. Yes, Jamie Fraser, i.e. Sam Haughan is hot and now as I read the books I can’t stop visualising him the way he’s portrayed on TV, but that’s not a bad thing at all. It’s just not enough for me to continue watching.

I originally started on this post when I was on page 220 of the 10000 page (on my e-reader) boxed set. (Books 5-8 also available, no, I don’t get any commission if you click those links.) The amount of pages is somewhat intimidating, but last night I accidentally read another 150 pages and enjoyed myself tremendously. I’m super tempted to give spoilers right now, but I’ll just say one thing: the sex scenes are not cringeworthy, and I now really need to read I Give You My Body.

Something else that amazed me was Gabaldon’s masterful use of research. The second draft of Storyteller (my work in progress) featured whole pages that had no purpose other than me showing off how much I knew. Those pages are gone now. Diana Gabaldon didn’t skip the effects of her research, she made them essential to the book and I’ve read them with great interest. They are not only relevant, they are expressed in a way that makes them feel natural. I once had to stop reading a book…nevermind what book and by whom…on page two, because it opened with a letter from one friend to another. “As you remember, we…”. “As you know, we…”. “You will remember that…”. There is nothing that suggests said friend experienced amnesia, especially as she apparently does know and remember. Nobody talks or writes letters like this. Second-hand embarrassment struck again. Diana Gabaldon, again, handles this masterfully. At the beginning of the first book, Claire’s husband and the vicar are having a conversation which in less skilled hands would involve a lot of “as you know”. But we are watching (or listening) from Claire’s point of view. She is bored off her skull by the conversation and keeps looking for a way to escape. We absorb the information the same way she does – it’s there, it’s necessary, it’s in your face, and it doesn’t feel jarring. And, of course, it comes useful later. It’s not there just to show off how much she knows, and boy, she knows a lot.

Another thing: the use of dialect. It is introduced, at first, by someone who uses just some Scottish words that are easy enough to understand based on context, ye ken. Then the Scottish vocabulary expands as if it were the most entertaining language course ever. (Note to self: try the audiobook!) In the second draft of my own book, again, I was using Icelandic phrases simply because I knew them and LOOK AT ME I AM SO WISE DO YOU ADMIRE ME YET?! 99% of them are gone.

I am yet to get to I Give You My Body, because according to my e-reader the damn Outlander series will take me another 237 hours to read. But based on those first 370 pages I will not be bored, although I might take breaks to read something else. I am a member of a book club, and others insist that I must read every word Gabaldon has ever written. Truth is…I am tempted. At the same time, I’m almost hoping that the book(s) will become really boring because my to-read e-pile has about a hundred books in it…

TV series has Sam Heughan. The books have everything but. I’ll stick with the books and the GIFs my friends tag me in.

PS. Diana Gabaldon and I write in the same genre, historical fiction with fantasy/magical realism elements, therefore reading the series is research. The things I do for my future readers!