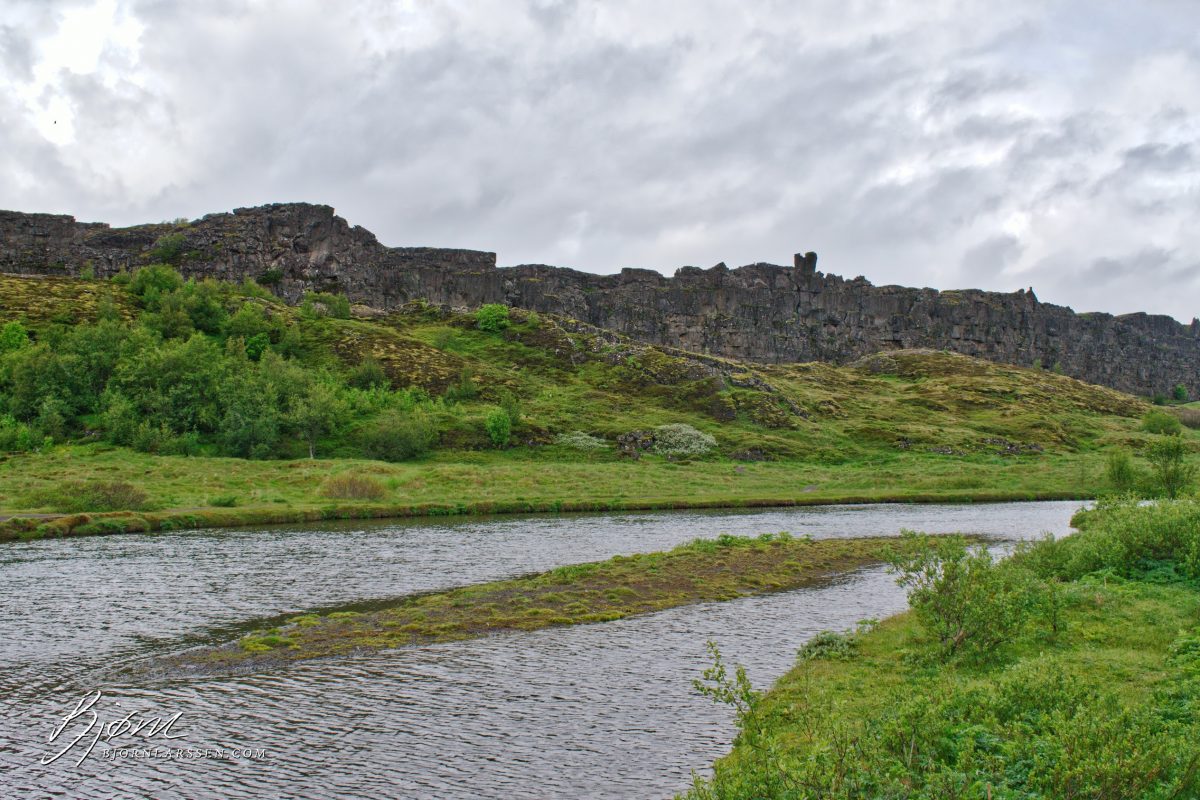 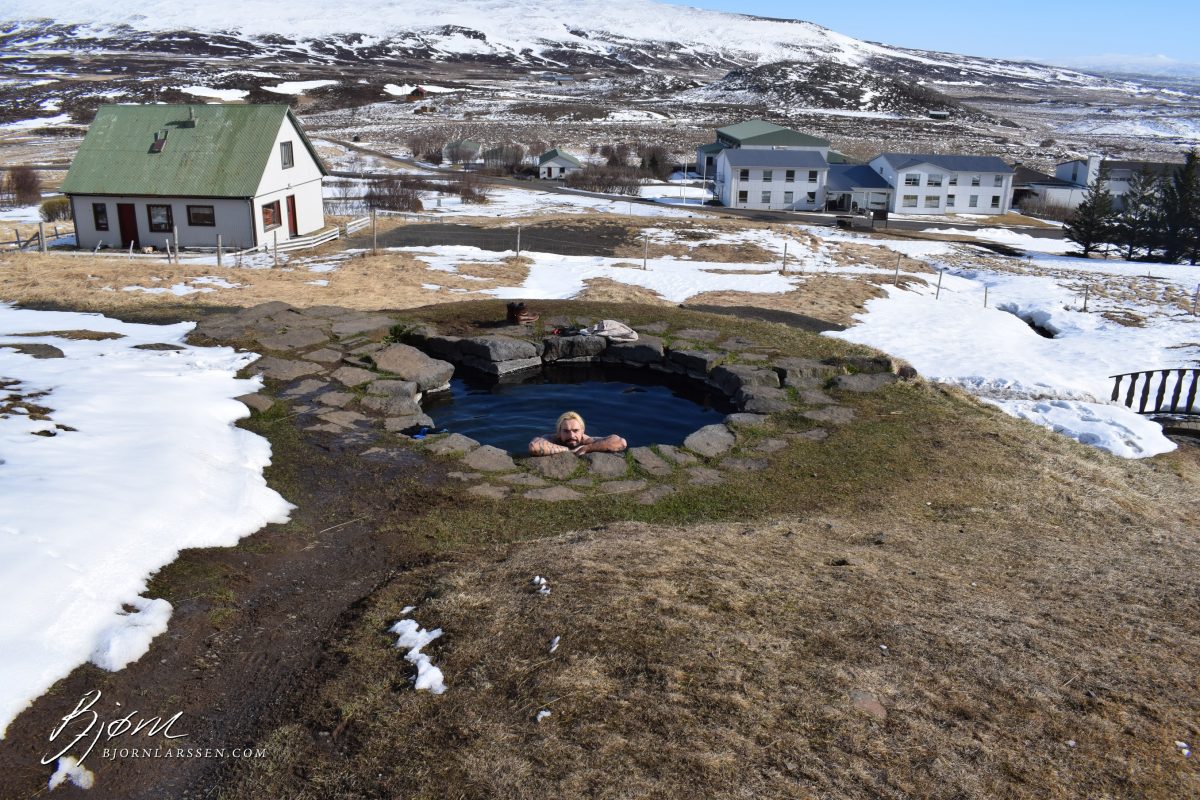 Not found on Google Maps until we entered GPS coordinates. I posted this photo before and I probably will again because LOOK AT THAT. We were surrounded by zero people and had a lovely hot bath whilst surrounded by snow.

This needs even more exclamation marks, really. First time around, we decided to see a waterfall outside the Golden Circle. We entered its name into Google Maps and drove there. We found a puddle. Literal puddle of mud. According to Google Maps, the way to get to the waterfall was to drive around that puddle for the rest of our lives. We saw a lady passing by and asked her. She shrugged and said she, too, has no idea where she is, she’s staying somewhere nearby but Google Maps can’t find the spot.

Now I’m going to sound like I am contradicting myself, but I am not. When going somewhere, look up the place first. Most Icelandic attractions are going to list the GPS coordinates. This is what you need. We only found Guðrúnarlaug by using GPS coordinates – it’s a gorgeously remote place. Google don’t bother sending their cars, drones, androids, whatever else to climb rocks for 15 minutes to find a hot tub big enough either for four people who know each other intimately or two who are just friends. 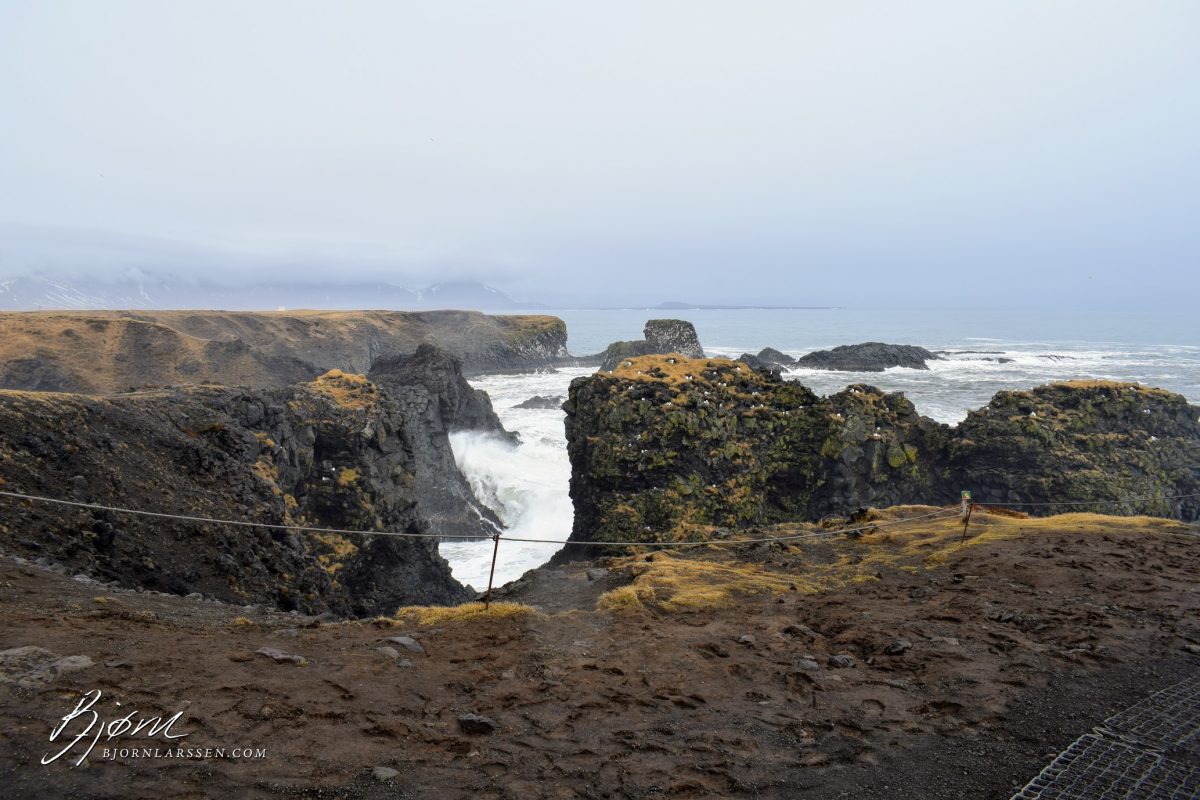 I hope you feel suitably warned by this thick barrier

If you see a warning, PAY ATTENTION

Icelanders’ approach is generally “meh, you can die literally everywhere anyway”. Their idea of placing a barrier to keep people away from the most dangerous spots is putting two sticks in the ground and a piece of string to connect them. (See above.) So if you are in Iceland and there is a sign saying “do not enter” or “danger”… Do not enter. It will be much more dangerous than you imagine, and (spoiler alert) you’re not actually immortal.

ICE-SAR have their hands full rescuing tourists who decided those signs were perhaps just suggestions. ICE-SAR are kind, hard-working people. ICE-SAR will fine you…once they find you, half-frozen, hopefully alive, possibly with broken appendages and a wrecked car. Don’t be that person. You’re not exceptional, especially if this is your first trip and you’re not a professional survival trainer and geologist. Also, even the most expensive insurance won’t cover damage done to the car because you ignored the warnings or decided to take a shortcut.

As for warnings, pay special attention to weather warnings. Iceland isn’t actually an extremely cold country, but cars – even 4x4s – get blown off the roads by the winds. If the map above says “don’t go there” – don’t go there.

Nature doesn’t care that you paid for this trip and that you only have a week/two/three/etc. to see everything. Puffins don’t care that you came to see them. But your car rental company does care that despite the warning that came with the car not to go into side roads you decided to go into a side road and wrecked the car. (The sticker will list the roads you are not allowed to drive into, especially if you have a small car like our Hyundai. Please read this sticker. Repeatedly.) This is both the most beautiful and most terrifying thing about Iceland for me – nature doesn’t care about me at all. We saw the Northern Lights in the middle of Reykjavík. I know a person who spent a total of six months hunting the Northern Lights during her visits and still hasn’t seen them even once. Our two Northern Lights boat hunting trips brought us a lot of fresh air and starlight – and delicious chocolate pancakes. 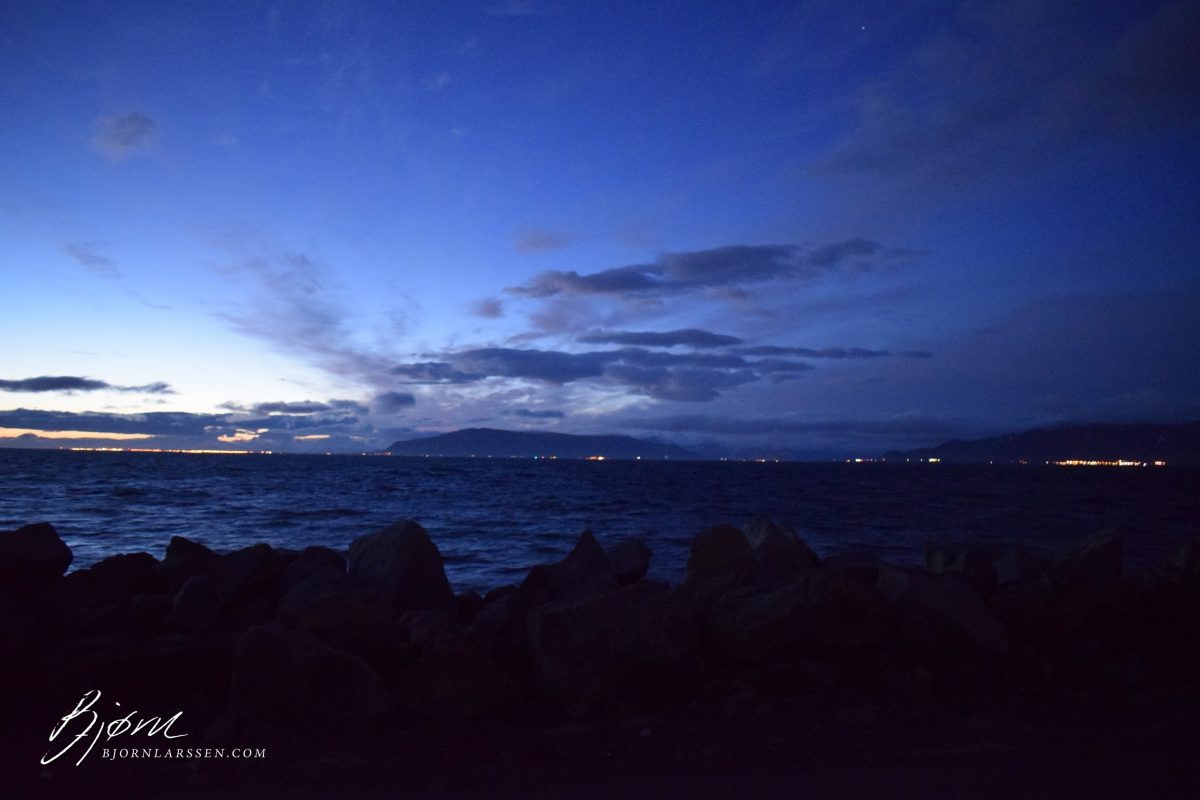 A very pretty picture featuring no Northern Lights whatsoever. Note the light. This photo was taken at 1am at the end of April.

Here’s the important bit: yes, you have a better chance to see them when you’re in the dark (duh). But some tourists, I kid you not, stop their car by the road, switch off the lights, then stand in the middle of the road staring up. Please don’t die and don’t break your appendages. I have no idea how expensive Icelandic hospitals are – please don’t check just to give me material for this blog. Either find a safe spot not in the middle of the road during the day or – this is one time I’ll recommend paying extra – book a boat tour.

Time to come out: I can be really stupid sometimes. I have an Icelandic wool sweater. For some reason I felt silly about taking it to Iceland.

On the second day of our stay I realised that Icelandic sweaters are popular in Iceland because when you’re there you need to wear sweaters when it’s cold. 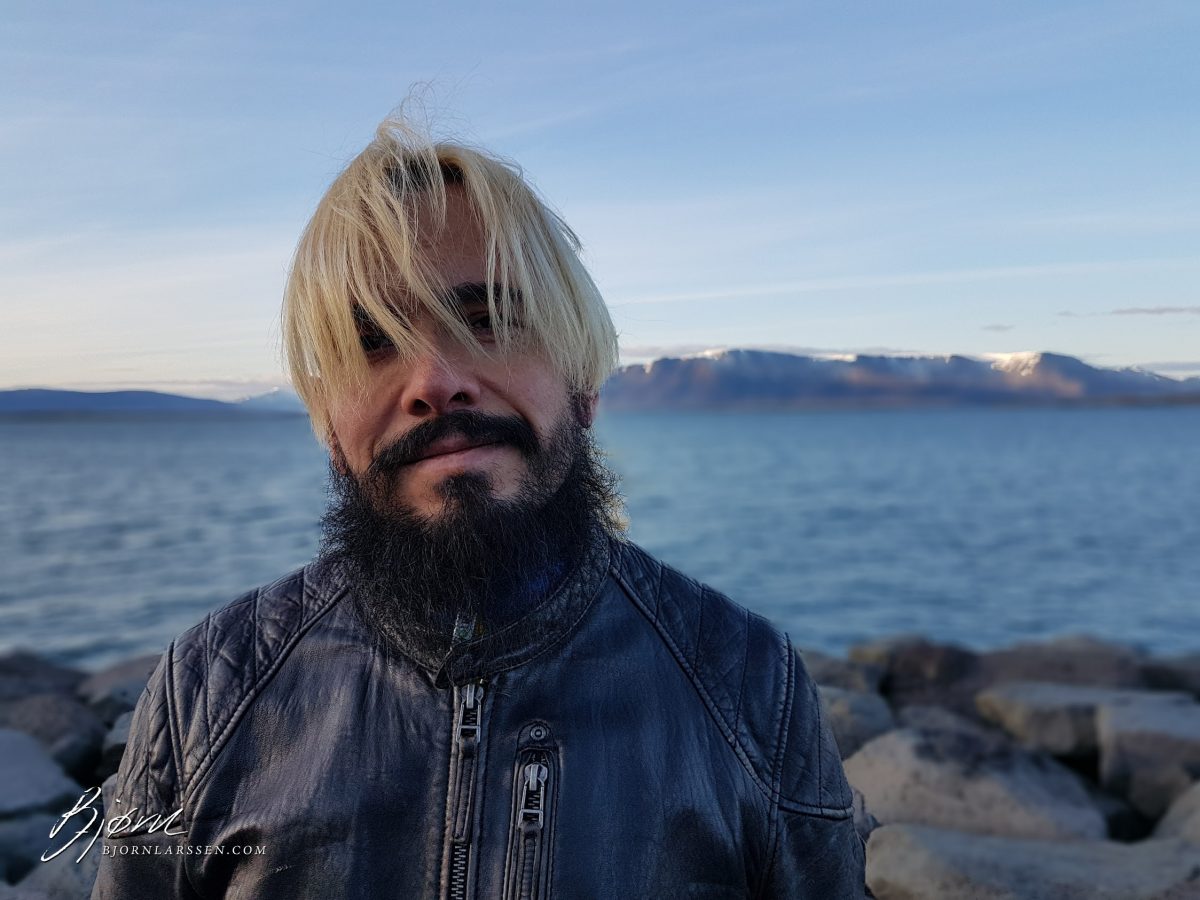 Sweater not pictured, but trust me, I AM wearing it.

I bought a very nice sweater at a second-hand store. This one, Spúútnik, was in Reykjavik. The sweater was lovely, thick, warm, and cost me perhaps 1/4 of what I would have paid for another Authentic Icelandic Wool Sweater 100% Guaranteed Icelandic Made In China. By the way, if you would like to own a sweater like mine, and I assure you mine is purdy AND sturdy, buy it from Etsy. You’ll get full customisation and most probably pay less than you would in a tourist-oriented store.

I also recommend leather. Not just because I like it personally. Leather is pretty wind-resistant. You can also go for a rain suit if so is your preference. Bring it with you or prepare to pay four times the price you’d pay at home, regardless of where your home is.

Icelandic fabulousness is all about layers. Our first trip took place in June. I wore full leather at all times (coupled with my mohawk, head tattoos, Husby’s Viking style, and my friend’s nose piercing it caused a lady to stop her car and ask “are you real criminals?”) and only felt too warm inside. On our last day we experienced 7 Celsius (45 Fahrenheit) degrees, rain, and wind. In mid-June. The half-naked boys on skateboards (see part one) were probably complaining about the heat.

Be a responsible tourist

Take a look at The Icelandic Pledge. And when I say take a look, I mean – read it and memorise it. Not just because it’s not fun for the next person to step onto your broken beer bottle. It also won’t be fun for you to step into the previous tourist’s broken beer bottle.

Iceland’s unique selling point is its nature. When we went this year, the Reykjadalur hot tubs were closed down due to tourists who ignored the fact that they were already closed, assuming they were special enough to go there anyway. Those tourists ruined vegetation that was trying to return to life after the winter, turning what would have been an amazing experience into a shut-down pile of mud. Husby and me were pissed off, of course, because we wanted to go there as well. Every person who went there despite Icelanders’ pleas destroyed the place further until it became a no-go zone.

This is a very funny article (unintentionally, I think) about how Taffy Brodesser-Akner was upset by Iceland not being up to her standards 🙂

Aurora Forecast radar (not always reliable – as mentioned, nature doesn’t care what you want to see)

Iceland: Fire and Ice – my favourite Facebook group where you will find both help and gorgeous photos

If there is something I missed, please let me know in the comments! (No commercial links please.)