I loved Delaney Green’s “Jem: A Girl of London” and “Jem: A Fugitive from London” so much I decided I would like to ask the author some questions, and she agreed! Here we go…

Hello Delaney, how would you introduce yourself?

First of all, Bjørn, thank you for this invitation.

I write whatever story comes, which means I’m not married to any particular genre, although I lean toward speculative fiction. I worked as a newspaper reporter, a copy editor, a professional actress, a Broadway theater, concessions manager, a high school English teacher, an adjunct professor, and a farm laborer. I am the mother of a soon-to-graduate-from-college son majoring in computer programming. I am a good cook, and I am known for my home-baked cookies, cakes, bars, and pies. I really, really love visual art, especially sculpture, both looking at it and making it myself.

My ancestry is English, Norwegian, Swedish, and Swiss in equal measure. The farthest-back ancestor I can find is Aviet, who was born circa 1070 in England. One English ancestor in the late thirteenth century may have murdered a neighbor to acquire land for his sons; that’s a story I may write one day.

One thing you would learn about me if we started talking is that pretty much anything you say will prompt a story about something crazy that happened to me.

You live in Wisconsin in the 21st century. Your book, “Jem: A Girl of London” is set in London in the 18th century. Why did this particular setting and period attract you?

I dreamed it. I was a full-time secondary English teacher for 25 years (these days, I’m a part-time college writing coach), and the idea of Jem came after a classroom discussion about Thomas Jefferson’s “Declaration of Independence.” I asked my students if they thought the American War of Independence might have been averted if England and American would have gotten along better. Not long after that conversation, an insistent young person who lived during that time period crept into my dreams for several nights in a row. This young person was Jem.

I saw her life story all at once, like bingeing on a book series or an entire season of a TV show. I sat down and wrote it out so I would not forget her trajectory, and then I started with the first book [Jem: A Girl of London – B]. I know where Jem will end up in the very last book, but I also know from experience that Jem will decide for herself which road she’ll take to get there.

Covers of the Jem series so far – three and counting!

Avoiding spoilers as much as possible, how would you describe Jem?

One reviewer said, “Jem is forthright, stubborn, gender-nonconforming, and warm. She approaches life with raw curiosity,” and I like that description. Jem exhibits characteristics I’ve seen in a number of strong women in my life, but she’s neither obnoxious nor confused. She just wants to be who she is without being defined or limited by her plumbing. She wants to make her own choices. No matter what situation I put her in, she responds in her own way—which isn’t always in the way I wanted or expected. If I try to force her behavior or her choices for the sake of the plot, the scene rings false. So then I have to haul my impatient, wordy, bossy ass back to the Truth of who Jem is. I hope I’ve finally learned after three books that letting Jem be herself provides a richer, more nuanced, more honest story than trying to manipulate her like a puppet (which sounds like a dandy recipe for rearing children, too, doesn’t it). [LOL! – B]

Your descriptions of London at the time are so life-like I could almost smell the air, see the buildings, hear the characters. How did your research look? How long did it take you?

Glad to hear it—by all accounts, London definitely was a smelly place. For Jem #1, I wrote the story first and researched afterward to make sure everything I wrote could have happened the way I wrote it. That seemed an inefficient method. Now, I research as I write, which takes longer and sometimes sends me down a path I didn’t plan to take. I just roll with it and try not to get too far from where the story needs to go. But I absolutely believe that my job as a writer of history is to give accurate information, so that’s why I research everything.

My mom was a U.S. history teacher who made a point of digging into her subject. She dutifully taught politics and battles, but she was more interested in what people used to blow their noses and homey anecdotes about the founding fathers’ pets. If you’re asking how long it takes to write a historical fantasy from start to finish, I’d say just under a year for the first draft. Then a few weeks of revision and editing. When it’s as good as I can make it (or I can’t stand to look at it any more), I turn it over to my editor who edits for a few weeks and sends the manuscript back clotted with questions and suggestions. In total: 18 to 22 months, perhaps? If I am also writing stories or working on another book, of course, it takes longer, and I’m fine with that. It’s not a race. It takes as long as it takes. 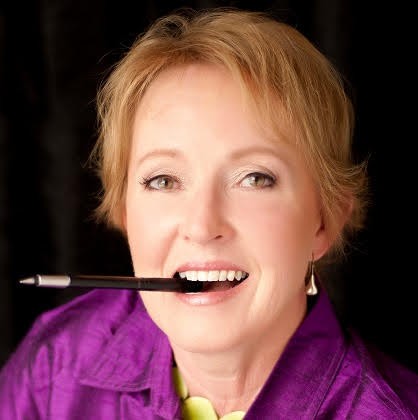 Apart from London itself, you seem to have researched medicine back then as thoroughly. Do you work in the field?

I am not a physician, but I appreciate people who work in the helping professions—nurses, teachers, counselors, ministers, social workers—whose dedication to the betterment of human lives can never be adequately compensated. They somewhat balance the greed of…non-helping humans. Western medicine has evolved by leaps and bounds in the last two hundred years, and that forward motion started in the eighteenth century with immunization, the invention of the stethoscope, a better understand of the process of birth, and the increasing popularity of the microscope—which opened the door to germ theory.

It took a long, long time for medical professionals to adopt more hygienic, more effectual modes of treatment, unfortunately, because some medical practitioners (the ones in control) didn’t want to let go of their power of life and death OR they thought the “new” ways of healing (“Wash my hands constantly? No way!”) were idiotic. Fortunately for Jem, one important center for advances in medicine was Edinburgh, where her mentor studied.

I noticed that despite writing about London you use American spelling. Was that a conscious choice, and if yes, why?

Interesting question… Short answer: no, it was not a conscious choice. I just wrote the story. Long answer: it’s true that Jem is English, but the book is published in the United States. I am a citizen of the United States. For me to have used British spelling would have meant I’d have had yet another layer to worry about. My editor is an American who splits her time between England and Sweden, so she had no trouble with the text. I had to think hardest about diction in Jem #3, because Jem hangs out for a number of weeks with a family of Quakers, who back then used Plain Speech (“thee,” “thou,” and so on). For Jem #4, which I’m about to tackle, I will have to wrap my head around eighteenth century Iroquoian speech patterns.

Yay! Book four! How many more are coming?

I envisioned six books when Jem first came to me. I hope I get them all written, because I’m pretty jazzed about where she ends up.

What advice would you give to other writers?

There’s a ton of advice out there from very wise people that I don’t need to repeat, but I’d like to add two words I don’t recall seeing elsewhere: BE BOLD. Do things you’re afraid to do. Introduce yourself to strangers who look interesting or are doing interesting things. Travel alone. Travel broke. Don’t put off anything you want to do until “a better time” because you’ll likely never come back to it. All the things you discover by being bold feed your soul, and your soul is where your writing starts.

Lastly, what projects are you working on now?

This summer I built an ornament for my south-facing garden: As far as writing is concerned, I also write short stories, and a number of them are out on spec right now. Then there’s the mystery novel set on Lake Superior (largest freshwater lake in the world about 280 km north of me) I need to finish.

I’d like to give credit to Derrick Murphy, the artist for the cover of my first book, and a former student of mine, Dan Thiede, for creating the covers for two of my books. Last, I offer a shout-out to Mary Ellen Foley, my editor, for making my books better than they would be without her hand upon them.

Delaney Green lives in the American Midwest with a black cat and a Golden Retriever mix puppy. When she’s not writing, you’ll likely find her working in the garden, doing art in the garage, or coaching other writers. She is the author of Jem, a Girl of London, which won a North Street Book Prize in 2015, Jem, a Fugitive from London, Foreword Indies Finalist for Young Adult Fiction in 2016, and Jem, a Foreigner in Philadelphia, which is a semifinalist for a BookLife Prize for 2018.