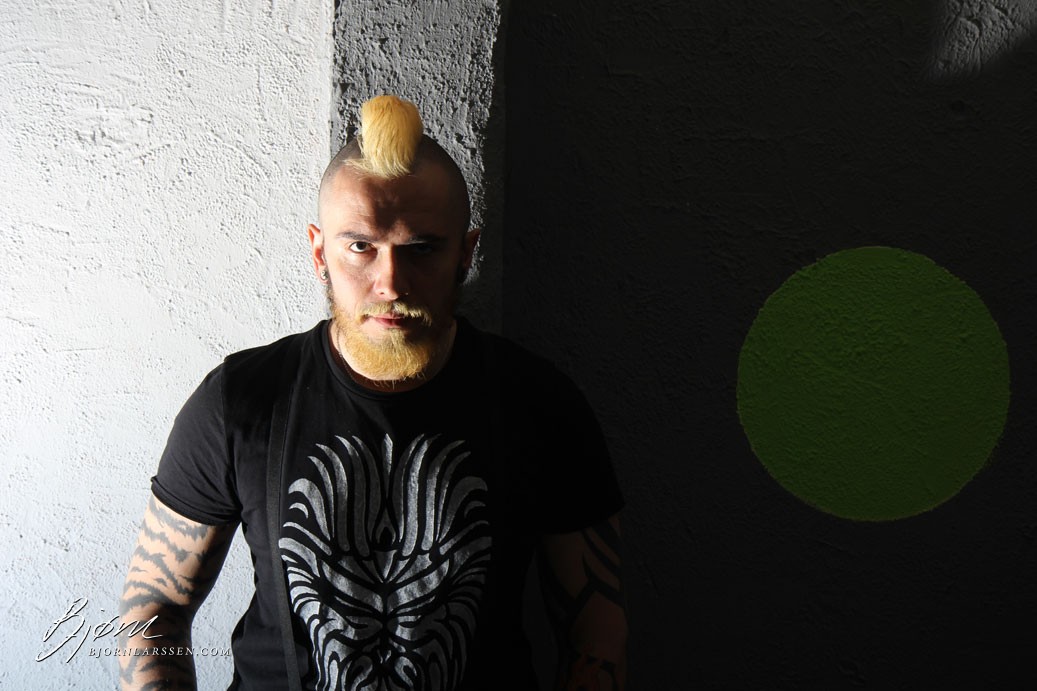 A basic knowledge of personality disorders can help writers create more interesting heroes and supporting characters, too. One of the most memorable detectives in recent fiction was Adrian Monk of the TV show Monk, who suffered from Obsessive Compulsive Personality Disorder.

So what are personality disorders? They’re a constellation of behaviors that are generally problematic, but not debilitating. They do cause troubling consequences for the person dealing with them—and for those around them. Generally they don’t require hospitalization (with the exception of Borderline patients.)

This is dangerous ground to tread. Let me guide you around a bit. But first a disclaimer: my “expertise” is also quite limited despite having moderated a mental illness forum for years, so I will focus on bipolar and borderline.

Basic knowledge of personality disorders is going to cause the writer the same problems as basic knowledge of, say, racial issues. In real 3D life, people with mood and personality disorders are often reduced from human beings to their disorders, which is especially true in the case of BPD (borderline personality disorder). “She’s borderline, you know? Crazy shit, man, stay away from her.” Perhaps this will surprise you, but I feel having a character utter those words is much better than actually writing a borderline character based on DSM-V and nothing else. Someone who talks like that about a person with a mental illness gives us a very good set of clues about their personality.

Because of their inability to reciprocate friendship, they tend to “take hostages” rather than make real friends. They often use threats of suicide to control people around them, and have a pattern of intense, highly volatile relationships. They’re prone to outbursts of violent rage, mood swings, and wildly impulsive—usually self-destructive—behavior.

I’m afraid this can be extremely harmful, and not just to people with borderline reading those words. The saving graces here are the words “tend to”, “often”, and “prone to”. But it took me four re-reads to notice those words, and I wasn’t skimming the article. Without those words, this paragraph is exactly what most people imagine borderline is. If you base your character on this description, you will contribute to reinforcing the stigma, and borderline is surrounded by a lot of it already. Some of those views are shared by professionals. The best therapist I have ever worked with told me that he tried to avoid patients with borderline because in his opinion they were beyond help. This came from a professional, who really should have a bit more than basic knowledge of his field.

Above: a documentary on borderline personality disorder recommended by a person who actually lives with BPD.

I happen to know multiple people with BPD. I only ever met one that actually exhibited clear-cut symptoms that most people associate with borderline. Nevertheless, he never threatened me with suicide, nor have I witnessed him being violent. In most cases, I mostly only know my friends have borderline because they told me. None of them “took me hostage”, unless I somehow missed that. None threatened me with suicide. Our relationships have so far lasted for years. Some of them display some of the symptoms. None fully fits the description provided above.

A part of why I am saying this is that I made this mistake myself. One of the characters in my upcoming novel, Storytellers, is a sociopath. I read a few books, then created a “typical sociopath” based on the research. I forgot to add more personality traits. The fact that I don’t hang out with sociopaths (to the best of my knowledge) is not a justification. It was simply my bad writing and possibly laziness…or my attempt to make my sociopath “believable” using “basic knowledge” that told me if I skip even a single symptom listed in DSM-V, the reader might not get it. But there’s another thing I missed, and I really should know better.

DSM-V doesn’t talk about people, it talks about diagnoses.

I grew up in Communism, where every tiniest detail of our lives was controlled. In particular, every work of art had to be examined by censors. Not to check its merit, research, etc., but to decide whether you are allowed to tell this story. If the censorship office said “nope”, you were facing either making corrections the censors demanded, or shelving your work. This is why I will not say “this is not your story to tell” or anything similar. But if there is a place where proper research and sensitivity readers are necessary, it’s here.

DSM lists nine typical symptoms of borderline. However, the diagnosis doesn’t require all of them to be present. Five out of nine are enough. Narcissistic personality disorder (NPD) is similar in this aspect, and possibly so are most others. But there is more. Mental interestingness is a spectrum. Let’s say a regular neurotypical person experiences moods ranging from -3 to +3. A person with bipolar might instead cycle between -4 and +10. Or -10 and +4. Or -6 and +5. A broken leg is a 1/0 situation – you have a broken leg or you don’t. A personality disorder is a spectrum, one huge grey area. It is entirely possible to be a depressed asshole, a borderline volunteer wanting to spend their life helping others, a multi-platinum singer playing sold-out arena tours while suffering from bipolar disorder. A lot of people with depression are hilarious…until they die, at which point shocked fans and families say “but he looked so happy”.

Bipolar can be controlled by medication. Or not. It can cycle very slowly (imagine five years of non-stop depression) or very, very quickly (multiple mood swings per day). For some people it’s exhausting, but they can function on certain level. For some, it means they can’t leave the house.

Mental interestingness generally comes as a package. It’s a very rare thing to only have one very clear-cut disorder and nothing else as a side dish. A friend of mine spent months filling in tests and talking to psychiatrists who were trying to figure out what exactly his problem is. He ended up with the diagnosis of “bipolar NOS and borderline NOS” (NOS stands for “not otherwise specified”) which is the medical code for “we just don’t know, but insurance requires us to tick boxes”. This diagnosis alone proves his mind is not described by DSM-V.

My own depression sometimes just slows me down, sometimes glues me to the couch but still allows me to write (this is how I wrote the first draft of Storytellers within two weeks – depression made it impossible for me to, you know, move, but I was able to write). Sometimes I can’t even read. The worse it gets, the less my brain is willing to accept until I get to the point where Calvin and Hobbes are too much to process.

This is a topic that I could say a LOT about (I self-published an “introduction to bipolar” book a few years ago having done extensive research and interviewed people who suffered from various forms of BP). But the main important thing is – look for someone who actually has the illness, ideally more than just one person, and ask their opinion. Then filter this through the fact that stigma around mental interestingness is not limited just to “normies”. People with borderline, bipolar, autism often feel awful enough about themselves not to have enough strength to point out your description depicts an extreme form of the disorder that happens perhaps to 1/10000 sufferers. And a part of why they feel so awful is reading and watching depictions of “typical borderlines” on TV.

One of the most memorable detectives in recent fiction was Adrian Monk of the TV show Monk, who suffered from Obsessive Compulsive Personality Disorder. […]

The character of Alistair Milbourne in my novel The Gatsby Game was based on a real person, David Whiting, who suffered a mysterious death in a famous Hollywood scandal. I knew David and I think now that he had Borderline Personality Disorder. He was desperate to “belong” but he never could. His father was a mysterious stranger who never acknowledged him, and his mother abandoned him in boarding schools from the time he was six.

This is the way I would ideally approach writing a mentally interesting character: get to know them. Remember that two people with borderline might exhibit completely different symptoms – remember, five out of nine are enough! I am going to read The Gatsby Game (at some point when my to-read pile goes down below 100 books I bought and haven’t quite read yet). It is up to you whether you interview at least one or more person with the disorder. I would personally recommend skipping DSM-V and Wikipedia, and reading memoirs of people with the disorder instead. In regards to bipolar, Kay Jamison-Redfield’s The Unquiet Mind is going to give you a very different experience to Marya Hornbacher‘s Madness, which I would follow by Sane to see how one person can change within a few years. This is all about bipolar.

Anne links to the “10 Personality Disorders” article – recommended reading. One of the things it mentions:

If you would like to recommend good books about other mood and personality disorders,
please add a comment with title and author.

I could list many awful examples of books and movies that are lauded as “great depiction of bipolar disorder” by everyone but people who actually suffer from BP. I can’t think of many that I would recommend, except for memoirs. I think The Hours gives a good description of bipolar without ever mentioning the word. When Virginia Woolf bursts out “even crazy people like to be invited” as her sister Vanessa visits… that is the reality of having a mental illness. And I would know. Because my experience with bipolar, generalised anxiety and depression is first-hand.

Unlike the character in Jeffrey Eugenides’s The Marriage Plot I don’t get to “fix” my brain with lithium alone, nor do I stop meds randomly to have some fun. I was quite unimpressed when I read it, yet the book is lauded as “an accurate description of bipolar disorder”. Perhaps it is an accurate description of this one particular character’s bipolar disorder, but very little of it applies to me. I can, however, attest that Eugenides definitely read the Wikipedia page and the leaflet that comes with lithium. A Polish writer produced a book I will not link to, in which she mixes up schizophrenia, bipolar, and post-partum depression. Her books sell like hotcakes. For many people, her basic knowledge (I’m trying to be polite here) is now their only knowledge about bipolar.

If you feel like cranking the cray cray up to 11 the way this writer did to make your character even more “interesting”… please don’t. You won’t create a person. You will create a walking DSM-V chapter. Gods know there are enough people who believe Chris Brown and Kanye West are average examples of bipolar. What about Carrie Fisher, Britney Spears, Catherine Zeta-Jones, Stephen Fry, Virginia Woolf? Do those people sound like they have a lot in common? They have one thing in common: bipolar disorder. Assuming they are nothing else but symptoms is the same as assuming all people with a broken leg are the same.

There is enough stigma around mental illness, and that stigma kills. Please don’t contribute to it.