Creation is out there! 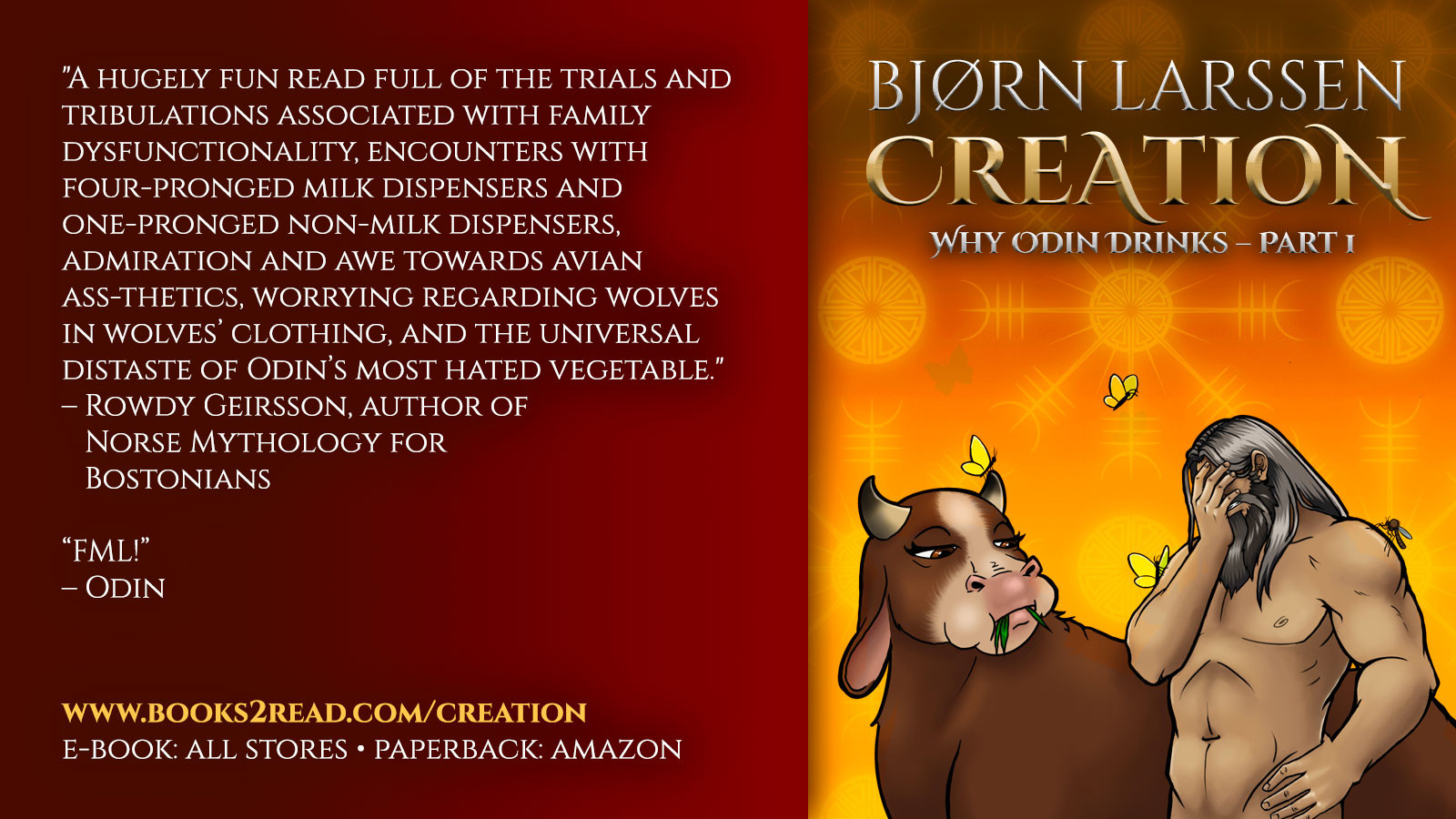 Creation has now been created and distributed all over the worlds.

The inspiration, again, was Neil Gaiman’s Norse Mythology, because I expected it to be like this. Since he failed to deliver the absurd and slapstick, I had to do it all on my own – there is a saying, “write the book you want to read,” and that’s what I’ve done.

Odin and his brothers, Vili and Vé, are not so great at their jobs – you wouldn’t either, if you suddenly discovered you’re in charge of everything now, but got no training, or at least a leaflet. (Not that it would help, since you also can’t read or write.) They stumble around, creating random cows and forest fires and celery, until… the ultimate weapon comes around. Can you even begin to imagine what it is? Why, yes, of course it’s people. Duh. Even celery is less threatening than THOSE.

Find the book here: www.books2read.com/creation – it’s the first in a series and there will be more. Quite a few more. I am carefully saying “2022,” but unlike Land there might be a second instalment coming before the end of the year… because after 2020 and 2021 we all deserve a laugh, right?