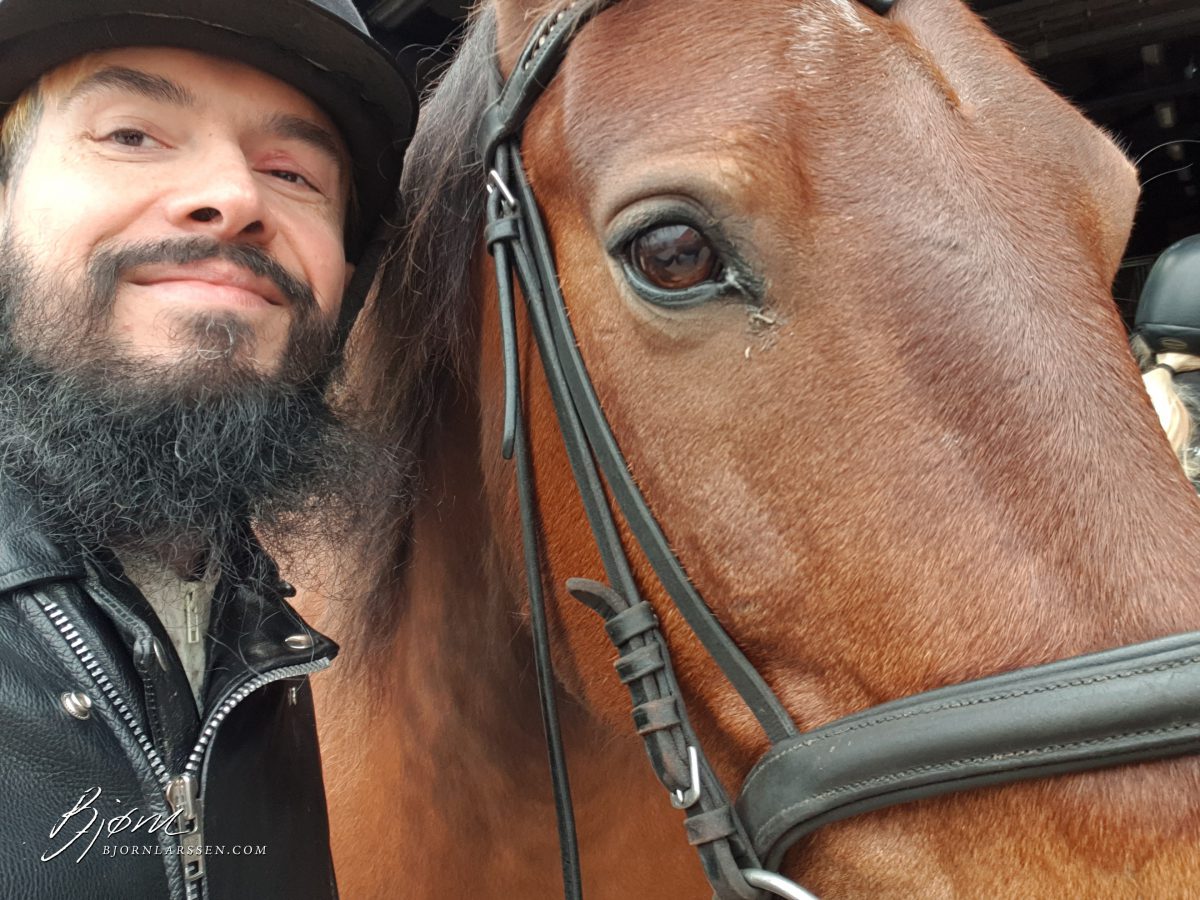 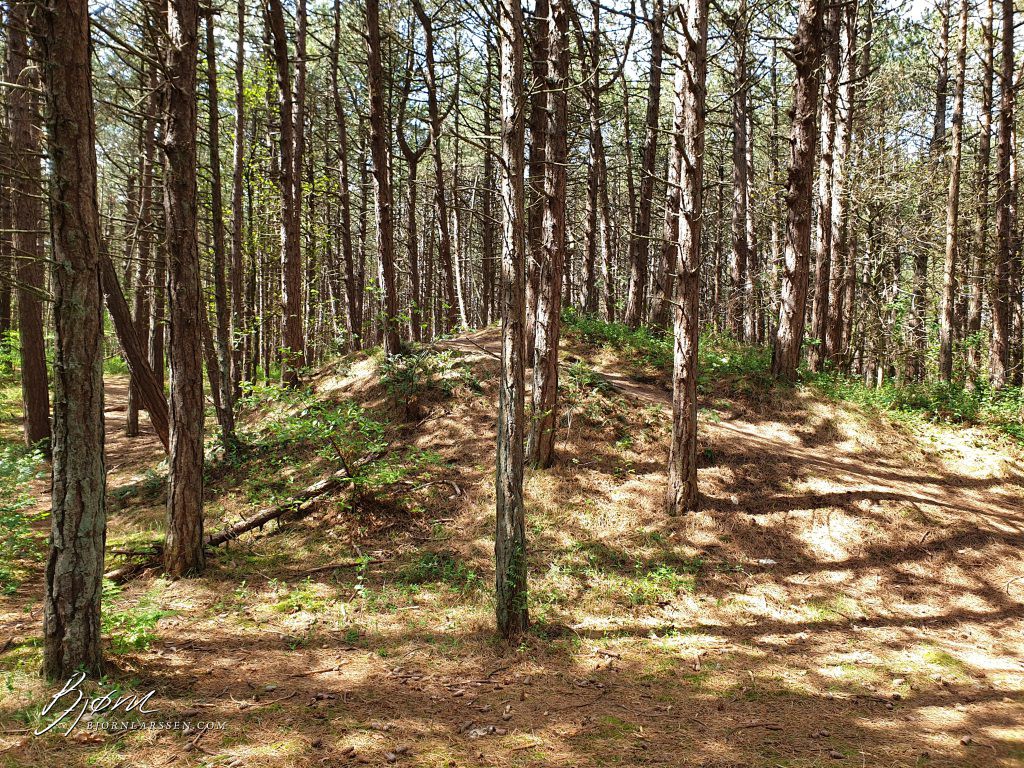 As the stress wears out, all my muscles start hurting. Not just the back, which is normal with the injuries from years ago. My legs, my buttocks, even my calves. We go for a walk, but that’s not what is happening. It’s just my body letting go of constant strain caused by the noise of Amsterdam. I remember this feeling from my retreat to Germany, but it still surprises me how rigid my body is when I’m home and how much I don’t notice it until I have a chance to properly relax.

I finally drop into bed, extremely tired, around 11 (normally I don’t go to bed before midnight) and I’m gone within two minutes (normally it’s more like an hour).

I wake up at 7:45am and jump out of bed. (No, not because of excitement. Because of my decrepit bladder…)

The weather here is…interesting. Full-on sunshine and hail at the same time. Look to the left and see heavy, bruise-coloured clouds. To your right – blue sky with maybe one fluffy cloud. Wait five minutes and the halves will swap. I keep feeling like I am in Iceland. As we’re eating breakfast, hail starts pummeling the bungalow and everything around. It’s over two minutes later, replaced by blinding sunshine. It’s wonderful (because I don’t have to go out).

If this bungalow had an open fire I don’t think I would ever leave.

There is literally one book here. Can you guess?

Nope, wrong. It’s not the Bible. It’s ‘Eat, Pray, Love’ by Elizabeth Gilbert. No, me neither.

We decide to go for a walk. Accidentally take what is probably the longest possible route towards the beach. We didn’t reach the beach, but my Fitbit is very pleased. My legs – not so much. 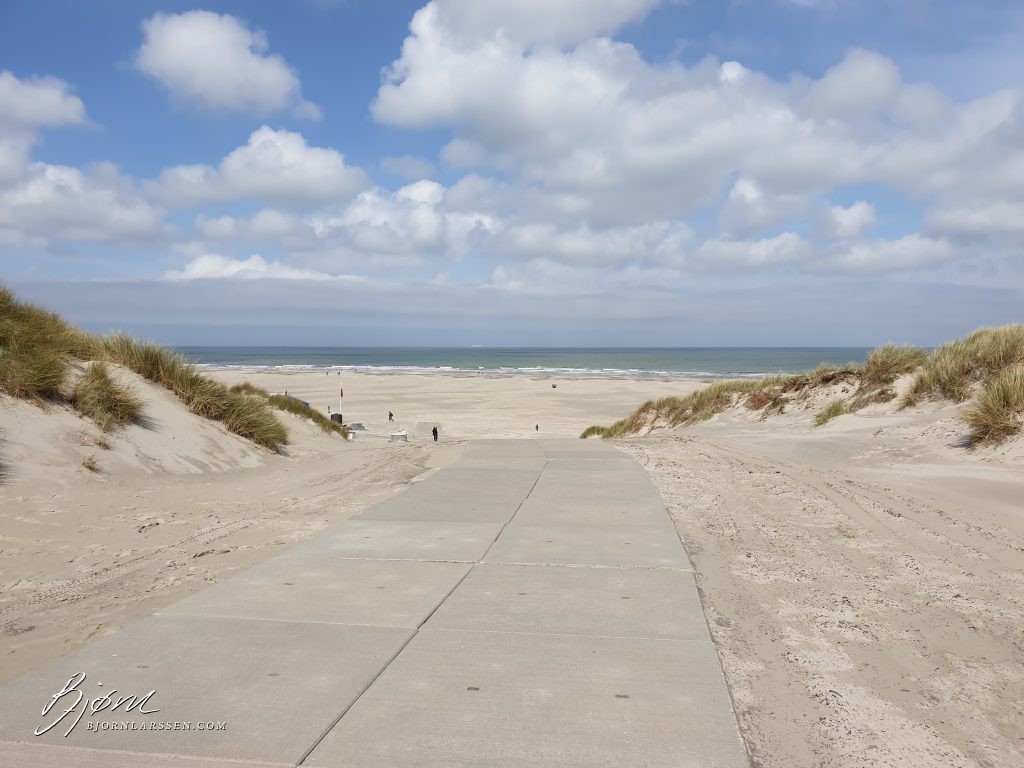 I’m used to the silence now. I also sleep and feel better than any time in the last year(s) except the month we spent in Iceland.

It’s a wonderful day. At 1pm I am proud to inform that I have done nothing useful today… okay, almost nothing useful. It’s surprisingly difficult to actually rest, as opposed to “I’ll only edit four chapters” rest or “I’ll only read this one book about indie publishing” rest. (Do you also find it difficult to rest rest?) Normally I’d feel awfully guilty, but today it feels perfect, whether it’s because of our little walk yesterday or because it’s cloudy, quiet, green outside.

Considering taking this house and its surroundings with us to Amsterdam. If it had a fireplace I would never move out.

My agenda says “Horsies!!!” although everyone knows the correct spelling is “Hoooorsieeessss!!!!!” Oh yes, I ride a horse for the second time in my life. This time, though, it’s not an Icelandic horse with its perfect gait that’s just fast enough to scare a newbie (i.e. me) but not fast enough to bruise both the newbie’s butt and the horse’s back. It’s a biiiiiiig boy called Alt. We are joined by a girl who looks like she’s twelve years old and started riding horses at the age of two days, and her mother who seems almost as afraid as Husby. I don’t have time to be afraid, because I am salivating in excitement. Until the instructor decides we’ve had enough of lazy strolling and we switch to fast trot. 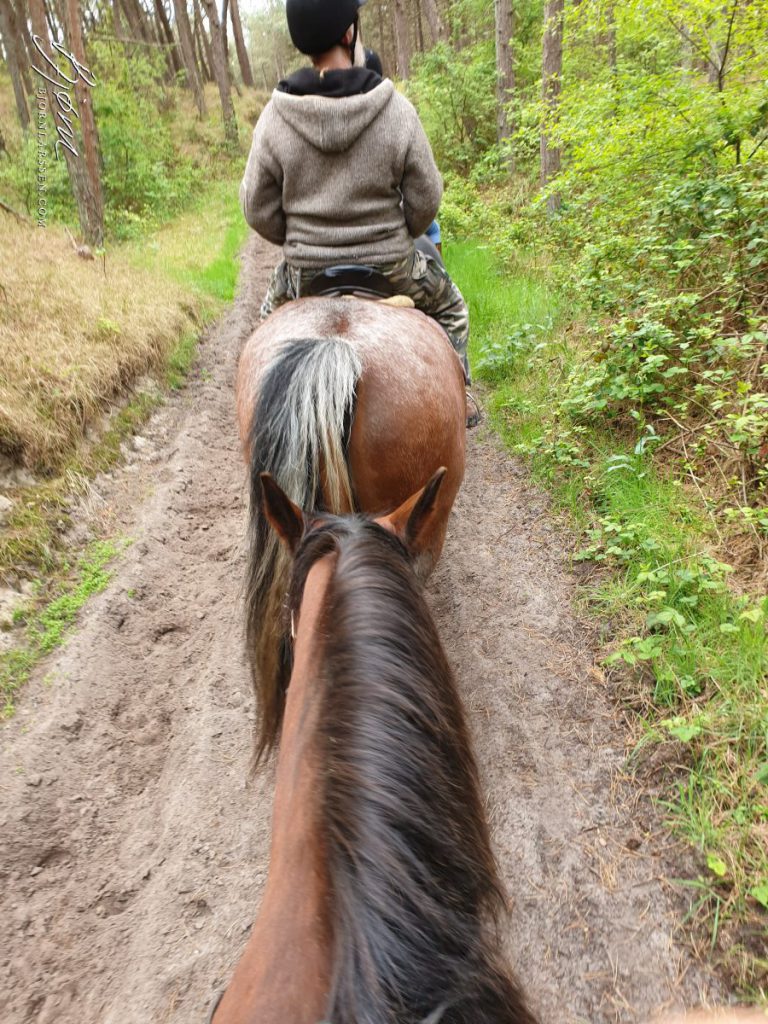 The horse in front of me – the one Husby is riding – farts straight into Alt’s nose. I cringe at the smell. Then the horse farts again. And again. Then starts pooping and I become very intimately acquainted with what a horse’s butthole looks like in various situations. The instructor explains that this morning was the first time they got to eat fresh grass instead of dried fodder. I am very pleased for the horses and wish I had a clothespin to put on my nose.

I am completely aware of how my spine injuries will react to this ride. I have lots of painkillers with me. My love for horses and the state of my back are not compatible. A lot of actions as simple as doing the groceries require careful planning to avoid being in pain for hours or days. Riding a horse is worth the pain as far as I am concerned. I just don’t expect the pain to be located mostly in my bruised buttocks instead of the usual “my ribs are trying to squeeze my lungs out and also I can’t walk” feeling.

I forcibly stop myself from kissing Alt at the end. There are a few characteristics that Gunnar from Storytellers and I actually do share. This is one of them. One of the main reasons I keep visiting my physio, who is clearly a relative of Christian Grey, is that I hope to reach the point when I will be able to ride a motorbike and a horse (not at the same time) without needing a day off afterwards.

A day off, as planned. Husby tells me that he is not in pain at all. I eat painkillers like M&Ms. They help with the back, but not with my bottom.

Yesterday we were very lucky with the weather – a cloudy, not too warm and not too cool day. Wednesday alternates between rain and hail. I reach for one of my research books for the second novel – a thick tome called The Viking Achievement – and read a few sentences. I put it down, grab Eirik the Red and Other Icelandic Sagas, read the first two pages, then put it down. Why Mummy Swears by Gill Sims seems to work much better.

The vague guilt over not working strikes again. I tell it to bugger off until it can’t bugger off any further, then continue buggering off. 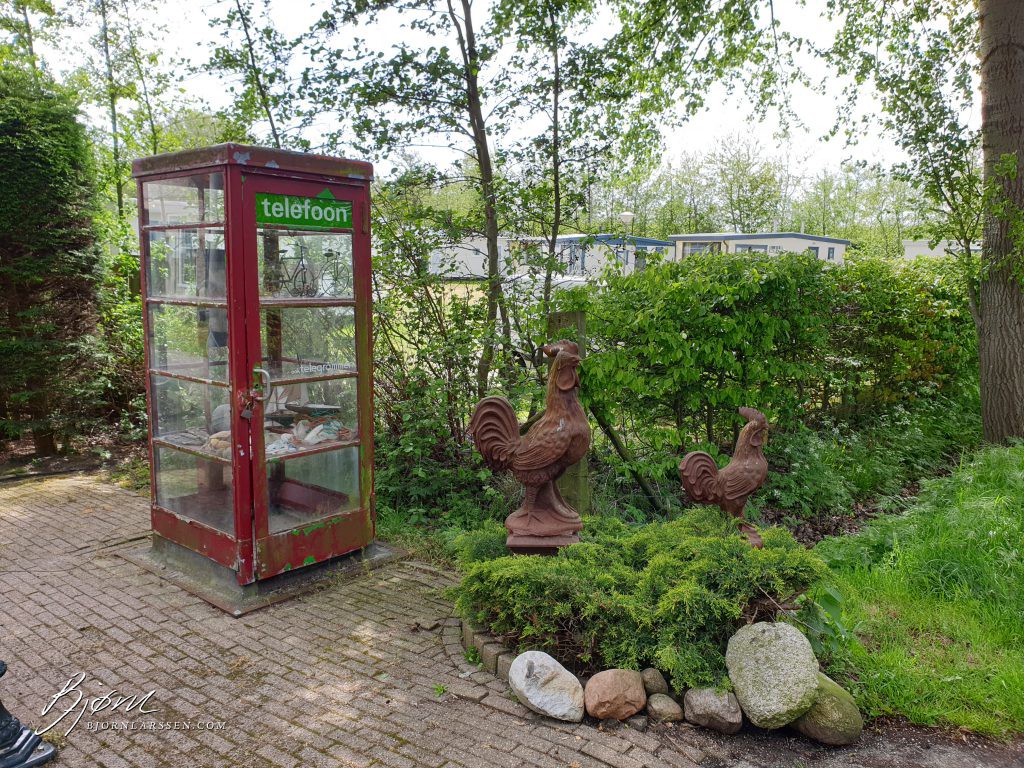 I don’t know what or why this is, but I want to live there.

It’s the third anniversary of our wedding.

We didn’t actually plan the retreat with the date in mind, but unlike in Amsterdam we go out and visit a nice restaurant that I am convinced will be empty. It’s bursting at the seams with old(ish) people having a good time. We sit outside, hangry, waiting for a table to become free. The waitress, aware of what we are celebrating, informs us that she found us “a love nest”. Rather unconvinced, expecting a shitty table in the middle of the crowd, we find out that a super comfortable corner table, as intimate as a crowded restaurant can get, has been prepared for us. Romantically, we eat onion soup (pro-tip: onion kisses are fine as long as both of you ate the same thing), followed by a delicious main course. Husby heroically orders dessert. I am full to the point of bursting and stare around The Resting Hunter, noticing that again I am the youngest person in the restaurant who doesn’t actually work there.

My bottom hurts for unsexy reasons.

Sigh. It’s time to go back and leave all this behind… 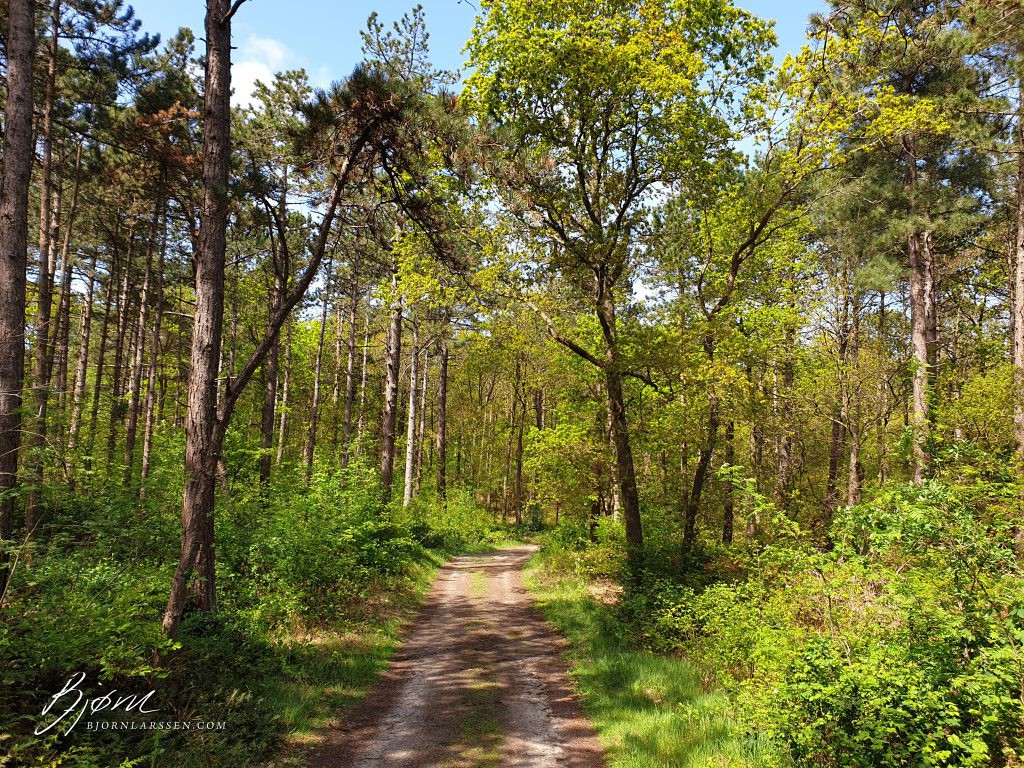 The main problem with those retreats is that once they are over, I am brutally kicked from the peace and silence straight back into the crowds, starting with the ferry. But I have a secret weapon now! I bought active noise-cancelling headphones. I didn’t intend to spend 300 euro on headphones at any point in my life, but they are as magical as the reviews suggest – I put them on, switch them on, and the noise disappears. I don’t even listen to music, just continue reading the important research tome (Why Mummy Drinks).

We switch from the ferry into a train. Then into another train. Then into yet another train. Then get home by another ferry. The whole ordeal takes more than six hours. Yet when we arrive I am tired, because duh, but not in the way I was tired before we left. My muscles ache, so does my back (carrying luggage is not recommended for spine injuries and considerably less fun than riding a horse). I feel recharged and ready to attack the second novel again.

I start editing the second novel, convinced that I have finished the first draft and can move on to proper work. When I get to the second chapter I realise this is the worst atrocity ever written by anybody in the history of all the parallel Universes. To procrastinate in a useful way, I reach for Eirik the Red and this time manage almost twenty pages before giving up and miserably returning to my WIP.

Expect the second novel somewhere around 2040. 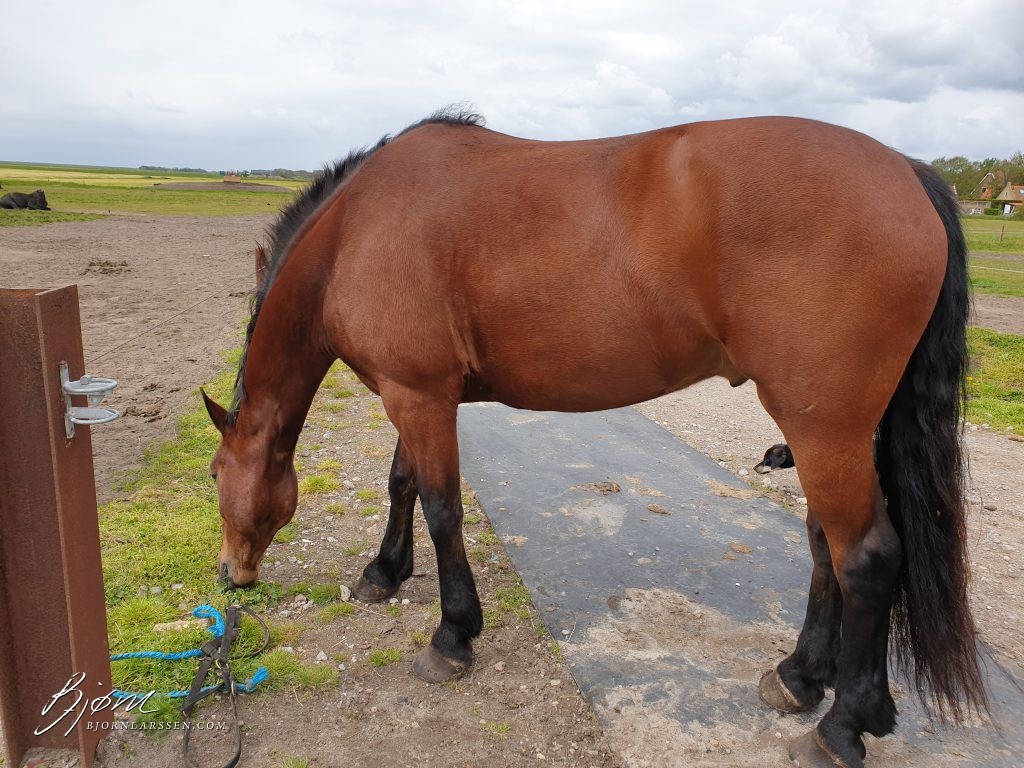