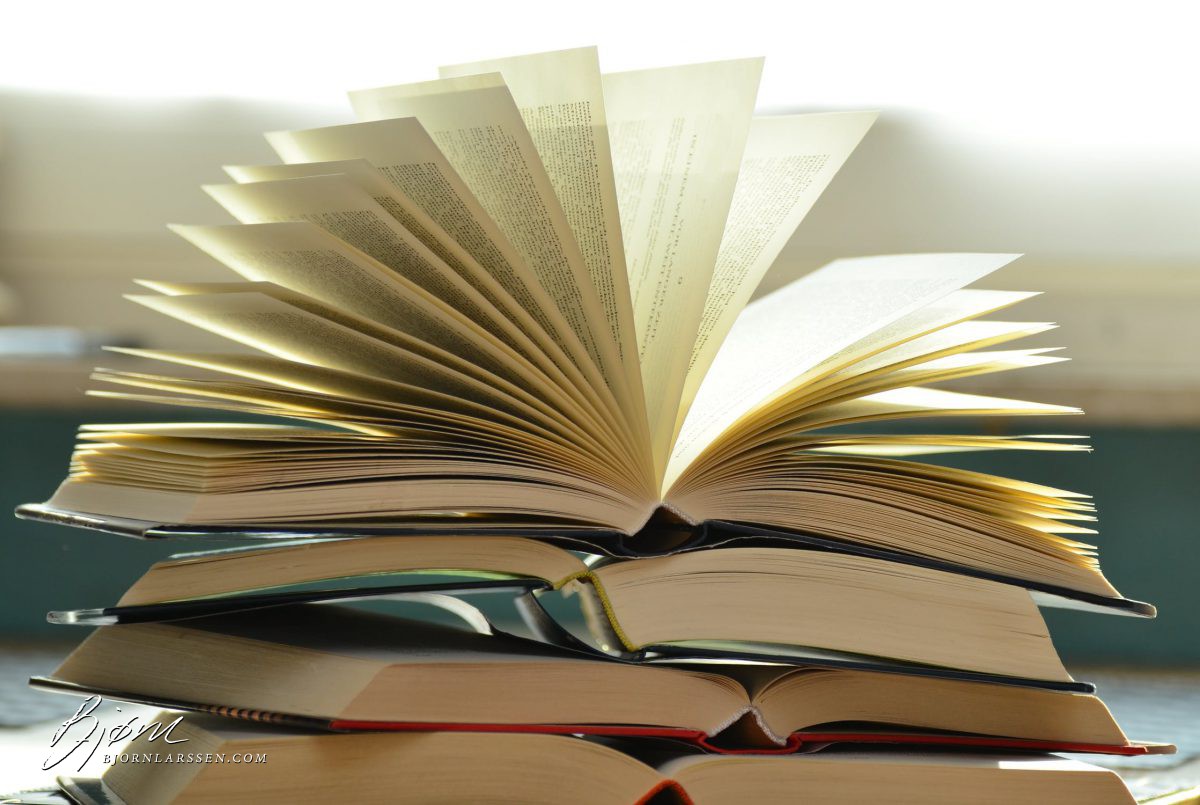 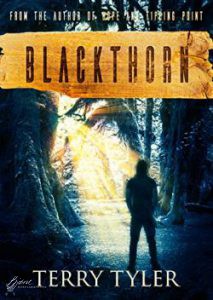 It’s hardly a secret that I’m a fan of Terry Tyler. Blackthorn, her 20th novel, looks at the role of religion in a post-apocalyptic society, the difference between religion and faith, the way that religious rules can be used to serve a particular group’s interest, but also how faith helps people get through hardships of life. I’ve been spending quite a lot of time in the last year or two thinking about those topics, so I practically ate this book. It gave me a lot to think about – why did I like it when Mrs Tyler confirmed my opinions, but not so much when she seemed to feel differently?

In addition, the novel is quite an experimental piece of writing as well, even though it’s done so well I haven’t realised until I was halfway through. There are multiple points of view, all of them in present tense, sometimes first person and sometimes third depending on which works best for the given chapter. It’s hard for me to give Blackthorn justice, because similarly to Marian L. Thorpe (see below) Mrs Tyler manages to write books that are both deep and viciously entertaining at once, and when I read something this good I end up blanking when time comes to share my thoughts. My “buk gud buy buk” in-depth reviews are exactly why I am in awe of book bloggers.

Blackthorn can be read both as a standalone and as part of the Project Renova series. Personally I recommend the entire series, starting with Tipping Point. My full review here.

I had no particular expectations when I started reading the first book in the series, Empire’s Daughter, I just thought Mrs Thorpe’s blog was interesting, so why not give her book a chance? I was blown away. This is top-notch literary fiction masquerading as fantasy. To call what Mrs Thorpe does “worldbuilding” is almost offensive – it’s incredibly-realistic-parallel-universe-building. The quality of research is incredible, same as the cinematic descriptions, the masterful presentation of various cultures and the rules guiding them, diplomacy, various languages… Why do I say the book masquerades as fantasy? It’s almost as if the author read the 100 most popular fantasy novels so that she would know what not to write about. I don’t recall any dragons or magical artefacts needing to be thrown into volcanoes, there are precious few battle scenes and their purpose is mostly to demonstrate how they change people.

The last book, Empire’s Exile, nearly made me bite off my fingers when I ran out of fingernails, and I told Mrs. Thorpe that she was a monster for what she’s done in the last chapter. A few weeks ago the omnibus edition was published and the e-book price is insanely low – this trilogy is worth way more than what it is currently priced. Which, by the way, is another nice thing about indie books. 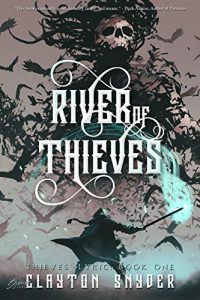 Good Gods, is this man a master of language or what? Cord and Nenn are basically foul-mouthed children of Douglas Adams and Terry Pratchett (don’t overthink the logistics of this). This book is amazing on many levels – I loved the characters (how can you not want to read a book starring Mr Meowington?), the cinematic descriptions, the message, the sadness bubbling under the hilarious dialogues. The multilayered writing means that River of Thieves becomes a different book when my mood changes.

I had the pleasure of reading the unfinished version, then when the final edit came out I bought it and read it again. This kind of crass humorous fantasy might not appeal to everyone, no agents would touch it with a ten-foot pole, but I’m fangirling over Mr Snyder to the point where a restraining order might be coming my way soon. The way he commands the English language to do his bidding should be illegal. The fact that so few people know about this book’s existence is an actual crime.

There’s a sequel coming, I’m not sure when, but my pocket is ready. 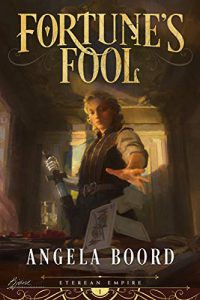 The interesting thing about this book is that I changed my mind about it a while after I finished reading it. I originally gave it a four-star review, which in my case means “great, but not life-altering”. The main character, Kyrra, is presented on two timelines – as a sulky kid, then as an adult. Gods, is the young Kyrra irritating or what? The second timeline was what kept me reading, because it showed that Kyrra was going to develop extra brain cells and made me want to witness the process. (It didn’t hurt that in the meantime I fell hard for Arsenault and so will you.) When I finished the book I found myself upset that there wasn’t more, despite the fact that Fortune’s Fool is more than twice as long as Storytellers (722 pages in paperback form). So I wrote my four-star review, possibly slightly coloured by the fact that apparently a 722-page book was too short for me, and moved on. Except I didn’t really, because I couldn’t stop obsessing about what would happen next. When you’re reading a whole another book and can’t stop thinking of one you’ve finished weeks earlier, a four-star rating is just silly.

Mrs Boord has a large family, as mentioned in the acknowledgements, and I wish them all the health and peace in the world, so she has more time to write. I’m expecting the cover for the sequel to be a picture of sweaty, topless Arsenault chopping wood. Will the author satisfy my needs? Probably not, but I can’t wait to find out and I almost certainly won’t deduct points from my Goodreads score if the cover has too few Arsenaults and too many items of clothing on it. 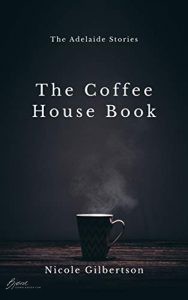 I knew about The Adelaide Series, of which this is the first part, for a very long time before The Coffee House Book came out. Mrs Gilbertson’s original description of what I was about to read – this book is the first out of, if I remember correctly, eighteen parts that will be possible to read either as stand-alones or as series – made me rather wary. I don’t necessarily like admitting it out loud, but this kind of literary fiction tends to make me feel like I’m too dumb to understand what the author meant (see also: me in MoMA). Then the book came out and WHOOOAAAA.

(This sentence above is why The Important Magazines don’t hire me to review books.)

Mrs Gilbertson’s characters are more alive than most people I know. I shouted at my e-reader, clenched my teeth, laughed out loud, there might have been a few tears, and at the end I felt personally attacked by the fact that the book has ended and the second part wasn’t out yet for me to immediately move on to. I’m hearing the second book is coming soon. I very much hope “soon” means “2020”, and when I say 2020 I mean January 1. So many stories and so many cliffhangers! Luckily, unlike certain authors whose names rhyme with Porge R. R. Fartin, Mrs Gilbertson is actually working on the next book. 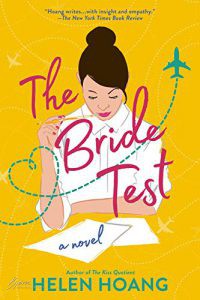 The Bride Test has, on the surface, a very simple premise – think Pretty Woman with more #diversity. Similarly to Empire’s Exile, which could also be described on a certain level as an unlikely romance, The Bride Test takes the expected tropes, turns them on their heads, then jumps on them, cackling. I had no idea what I was going to read when one of my newsletter’s readers recommended this novel to me, but at some point I couldn’t go on reading it, you know, properly. I use fast-reading techniques sometimes and I had to start doing so here, because I HAD TO FIND OUT how it would end. Just like with the books listed above when I finished I ran to check when the next part would be out and I nearly cried when I found out it already had a publication date. May 2021.

There were way more books I loved this year. Some of them indie, some not. What the indie ones had in common, though, were the surprises. Sure, a lot of self-published books are basically a pile of crap. But good indie writers, and there are so many, are not limited by what the Big 5 editors or agents think will sell two years from now. Blackthorn might be the best example here. I asked Mrs Tyler why she chose to write in present tense and switch between first and third person, and her answer was short – this was what she felt worked best. She didn’t need an editor to tell her off for doing something unusual, or a marketing person to tell her that a book like this won’t sell. She wrote the book she wanted to write and I didn’t know how much I wanted to read it until it finally came out and I bought it on release day.

I love being challenged by what I’m reading and I expect that in 2020 the ratio of indie vs legacy published books I read will skew further towards indie. And not just because *stares darkly* the follow-up to The Bride Test was moved from 2020 to 2021, and Allie Brosh’s Solutions and Other Problems seems to have been cancelled.

Based on this list, what books not included on The Important Magazines’ “best books of 2019” lists would you recommend to me?