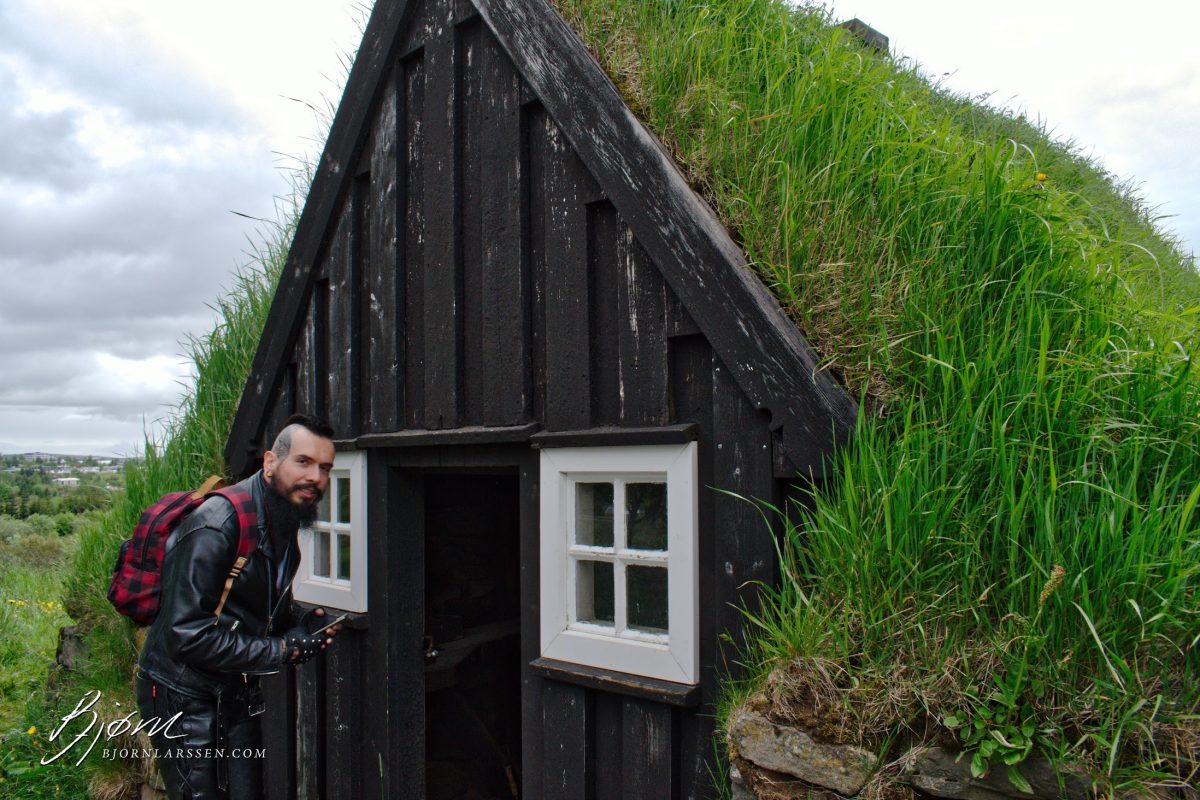 I’ve been thinking about this post for a while already. I decided to finally write it when I read – on the fantastic Writing About Writing page by Chris Breechen – the following question a reader asked:

Why can’t I sell my work? My friends all say it’s great.  I do fine if I submit it to some tiny zine that can’t [sic] promises its writers only exposure and glory, but I always get rejected at the places that pay. Even places that pay just a few cents a word reject me. Help!  This is so frustrating!! Am I just not as good as I think I am?

I am very aware of the fact that my book might not be as good or as life-changing as I like to think it is. There might be no readers interested in what I’m writing. Most people in the world don’t share my obsession with Iceland, its history, Norse Gods, or even (gasp!) blacksmithing. And that’s OK. In fact, I find this thought liberating.

I feel asking my friends to serve as beta-readers was a mistake. Most of our friends can’t find in themselves to tell us our writing sucks. One of them told me she never even read the first sentence, paralysed by the fear she would have to tell me the book is shit. In other words, by asking friends to tell me if they like the book I actually decreased the number of people willing to read it. I like to think (confirmed by the editor I work with) that I’m good at accepting constructive criticism. But I might just be saying that. I might just be deluding myself. I know that there were at least four of my beta readers who wouldn’t have lied to me when they said that they enjoyed the second draft I sent them, then provided me with actual constructive feedback. I thought they were wrong on many counts. A few rewrites later I have incorporated all of their remarks. They were right. All of them said they enjoyed the book. So did my husband. Assuming they were not just being nice, that means five readers interested in its final version, and all of those five will get the book for free. Which means selling 0 copies. I put the purchase a private island filled with Porsches on the backburner for now.

I used to not write anything, because of two fears. Fear of failure is kind of self-explanatory. Fear of success is perhaps less obvious, but a success means inevitable criticism from people who won’t like my writing. And there is no single book universally loved by everyone. Not even my personal favourites.

An international bestseller from last year, whose author is swimming in prizes has been recommended to me by quite a bunch of people whose tastes I trust. I managed about 1/3, suffering from second-hand embarrassment through every page. I decided to stop, despite people telling me “it will get better”. Because I have 300 unread books on my e-reader. Judging by the reviews, this book is exquisite. Judging by my experience…it isn’t. Not for me. I did not leave a negative review, because there was a chance it would have gotten better had I continued. I am sure she wrote the best book she could, as evidenced by all the praise from both critics and readers. That book was not good enough for me to bother reading it, and it takes a lot for me to give up on a book – in the last year it only happened twice, and the second one was also an acclaimed (and very, very, very long) bestseller.

In 2013, 304,912 books were published in the United States. That means 5863 books a week. Even if somehow the NYT bestseller list completely changed every single week, without any book staying in top 100 longer than seven days, it would mean 5763 books A WEEK wouldn’t see the top 100. Average sales of a debut novel published by one of the Big Five (is it Big Four by now?) are between 1,000 and 20,000. Anything over 10,000 is considered a very good result. Smaller press will get 250 to 5000 sales. (Source.) Having spent – so far – almost 18 months writing, researching, interviewing people, writing this blog, trying to get potential readers to notice my existence I had and still have to be aware that in the US alone 304,912 books (perhaps more in 2017) are competing for that attention. That’s excluding many, many books writers slaved over for years that never found a publisher, not even an agent.

The top selling book in 2014 was “50 Shades of Grey” with 8 million sales. The amount of bad reviews that book received was staggering. The amount of $100 notes in which E.L.James rolls daily, cackling (I like to imagine successful writers do that all the time) is also staggering. My fear of success came from believing that I would get the same amount of bad reviews. My fear of failure came from worrying I won’t sell 8 million books. None of those fears are realistic, if only because in order to get so many bad reviews one needs to sell 8 million books first, and none out of the 304,912 books published in 2013 managed to do so. (I’m aware I am comparing 2013 data with 2014 data.) Those both fears can be squashed by a calming thought that my book will never be published, I will never need to worry about any reviews, sales or lack thereof, so I can focus on writing and nothing else.

I happen to love doing research, editing, revising, watching the book turn from a shapeless blog into a sculpture of David. You’d think that’s not a very modest comparison, but truth is – personally I have zero interest in the sculpture of David. Does Michelangelo spend his days turning in his grave because of the fact I can’t be bothered to even look at pictures of his masterpiece? I sure hope not, because that would be a whole new level of creepy.

I have two favourite works of art, both placed in Reykjavik. One is the statue of Leifur Eiríksson, one is the Sun Voyager. 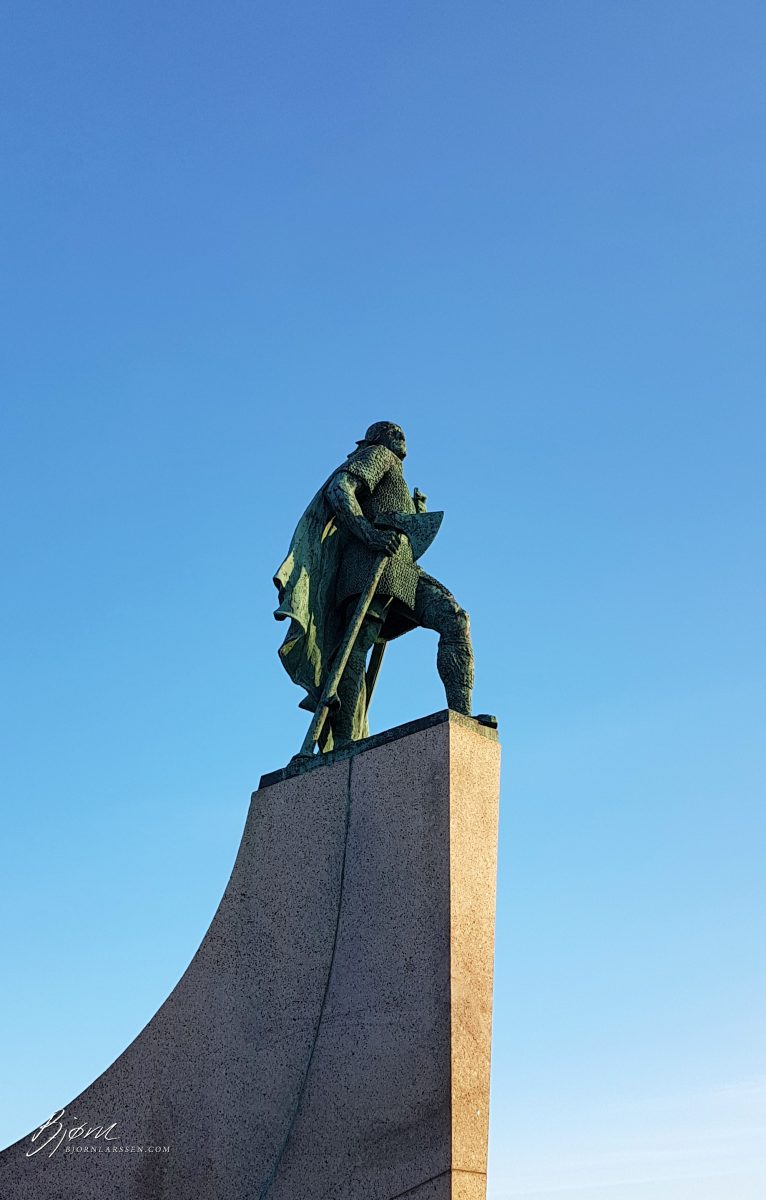 I don’t know how many people would name the statue of Leifur Eiríksson their favourite work of art, especially as it stands in front of the real landmark of Reykjavik, the rocket-shaped church Hallgrímskirkja. Perhaps 250 people? You can review EVERYTHING on the Internet now, and this statue averages 4.0 stars out of five. (Why the hell would anybody feel the need to give a statue a three-star review is beyond me.) I don’t think Alexander Stirling Calder, who designed it 90 years ago worried about his TripAdvisor reviews, or that the number of people wanting to take pictures of it might be smaller than of those in awe with Hallgrímskirkja.

When I look at my brother Leifur here, I realise how little I am actually risking. He got on a ship, fully aware he might never return (this is not something I have to worry about while writing), that he might waste time and resources, discover nothing, become a laughing stock among his peers – if he even makes it back at all. But he had an America to discover, so he went on the journey, and got rewarded. The worst that can happen to me is not a pile of rejections. The worst would be to stop writing. Leifur could have turned and announced “actually I think farming is my true calling”.

Will I ever get paid for my work? No idea. Am I as good as I hope I am? No idea. Does that bother me? Yes, sometimes. I get the “I am the absolute worst writer in the universe ever” thoughts a lot. I wait for them to pass, then – sighing – I go back to my two novels in progress (one nearing completion, one in second draft stage). I read an article recently where a published writer said she gave her book 100 rejections, then almost stopped, but a friend forced her to try a bit longer. The 112th agent signed her. Average time between the first time one starts properly writing and gets published is ten years. Average, not longest. Instead of being paralysed by the “what if I don’t sell eight millions” thought, I look at the e-mail in which the editor praises my work (I printed it out, laminated, then put next to replica of Sun Voyager in the spot where I write). Then I go back to writing. There will be tears at the querying stage, especially after 113th rejection. I’ll have the same thoughts as Casey over and over again. I’ll worry about that when I get there. I’ve got 8.5 years before I need to worry about sales figures.

Chris has this advice for Casey:

Casey, you’re doing exactly what you’re supposed to be doing. You’re putting your name out there and you’re working to improve your writing.

His advice is not addressed to me, but I’ll take it anyway.